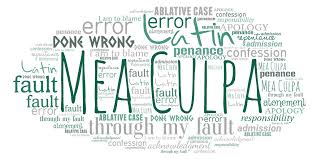 While I know these are extraordinary times something has happened which I’ve never been accused of before and for which I need to make the most fulsome public apology.

Apparently, I have posted something on Facebook which breaches Community Standards. Let me say how deeply sorry I am that I have caused any potential offence with my ill-considered and obviously offensive writing. Just so that you can see the full extent of the horrors I have imposed on the unsuspecting world I am going to reproduce it below. Please note that if you are of a nervous disposition or are easily offended it may be better to look away now. OK, warning over – here it is…

On Sunday I Facebooked a BBC report headlined “Coronavirus: Supermarkets ask shoppers to be ‘considerate’ and stop stockpiling” and followed this with a comment based on my own experience that very morning: “So that worked then… Waitrose this morning was like Christmas Eve only without the sense of goodwill and merriment. Some really aggressive behaviour observable. That and the triumphal taking of selfies with the swag. Odious”

And, apparently, I’m told that goes against the guidelines! I’m not sure whether it’s because I expressed an opinion on the hoarders’ behaviour, or that I’ve supposedly somehow inadvertently fingered Waitrose as being the source of the corona virus or simply that the American algorithms assume I have used the wrong spelling for the word “behaviour”. Whatever the supposed crime against humanity the post now languishes in limbo without any explanation as to why. I think they might at least have had the decency to give some explanation for the decision. Can anyone enlighten me as to my supposed crime(s)?

In any case, such pleas (as highlighted in the BBC report) from the supermarkets really don’t seem to be working. I took my very elderly mother shopping in Sainsburys yesterday (possibly the last time we will be able to “enjoy” such a jaunt) in an attempt to get her to stock up in the event that I’m confined to barracks for 14 days. I was thunderstruck by the devastation that had been wrought on the shelves. No hygiene essentials or cleaning materials featuring a disinfectant element, barely a scrap of frozen food, an almost complete absence of tinned goods, serious depletion of eggs, flour, milk, bananas (apparently someone’s started a rumour that the potassium is good at fighting the virus), a lack of biscuits, cake, confectionery, lightbulbs, basic medicines …well, you get the picture. Now this outing followed a received email from Mike Coupe, CEO of Sainsburys in which he urged customers not to panic buy – sorry but some of your customers obviously didn’t get round to reading it and instead continued to behave like human locusts crossed with Gollum (“We wants it, my preciousssss”). Good to hear that some sensible limitations are now to be imposed and that an elderly shoppers’ “golden hour” is to be introduced but frankly these should have come into play shortly after the problem first asserted itself. It was clear yesterday that people are now picking up anything they can find simply for the sake of picking it up. Wandering among predominantly empty shelves the temptation now is to pick up that jar of pickled walnuts, simply because “it might not be there for much longer if I don’t”. Of course, nobody you ever meet is simply stockpiling – in that sense it’s a bit like voting for Brexit; plenty of people must have done it but nobody wants to admit to it. Instead they have absolutely valid reasons for their behaviour which excuses them from doing the right thing and putting that extra tin of baked beans back. These are extraordinary times indeed.

The other thing I have found extraordinary about these first couple of days of the emergency has been the government’s initial absolute refusal to close down those mass gatherings known as schools. Yes, I absolutely take the point, repeatedly trotted out, that children are less likely to be victims of or to spread the virus. But that is almost to wilfully deny that schools are general gathering places with a healthy quota of adults mixed in. Schools are supposed to be places of education and not centres for dumping off the kids so that parents can continue to support the economy. I totally agree that the offspring of key workers need to be treated as a separate and special case. Also it would be invidious to deny those children deemed vulnerable a level of protection. But that shouldn’t just automatically mean that teaching staff pick up the slack. Surely most other countries in Europe have had to face similar issues and exceptions over the last couple of weeks and have, presumably, found acceptable solutions and compromises. I know it’s hardly the British way but can’t we for once swallow national pride and learn from others?

And now that’s been sorted (making the last para slightly redundant but by the time the decision to close schools had been made I’d already written it – and you wouldn’t want me wasting that effort, would you?) there’s still the mess over what to do about the exams. It seems somewhat crazy to simply declare that something will be done without any notion of what that something will be, yet that’s where we are. I daresay students’ initial reaction will have been euphoria that the burden has been lifted but quickly followed by the realisation that several years’ work has just gone down the pan. Apparently, a favoured option is some form of “evidenced assessment” where grades are awarded by class teachers based on relevant work cross checked by the exam boards. Hold on, isn’t that coursework? Didn’t we get rid of that because it was devaluing standards? Plus ça change!

One thought on “A very public apology”