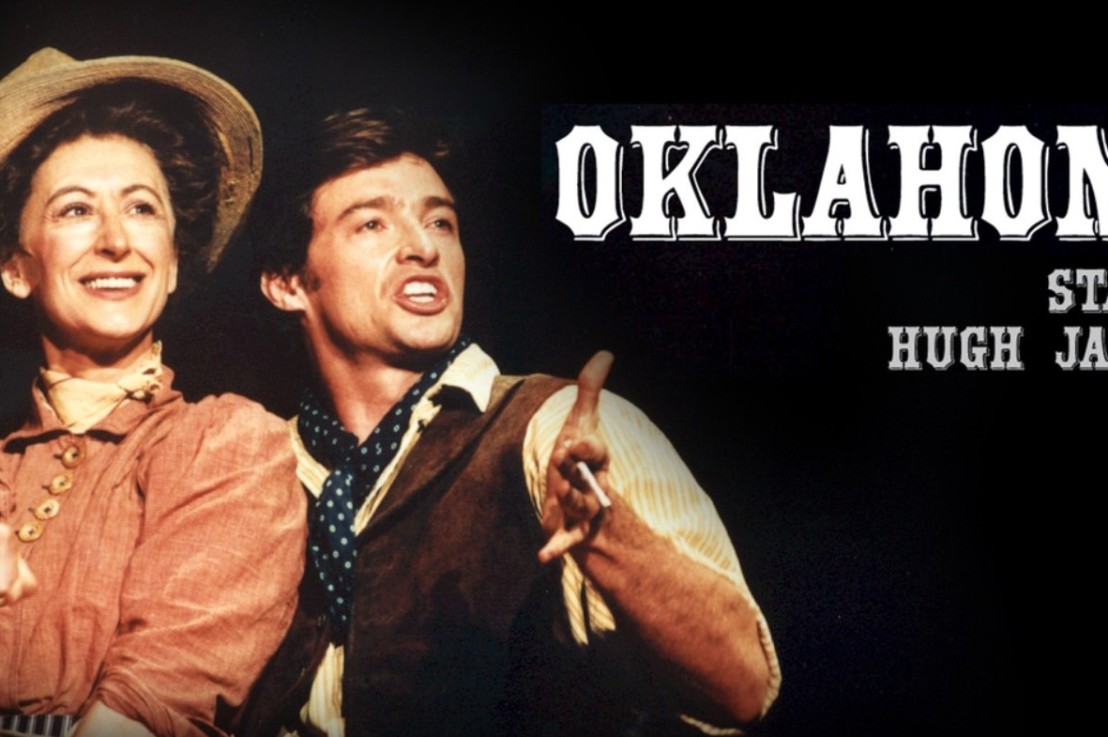 So, for the second day running yesterday I went to “the theatre” for a matinee performance via a streaming app; this time it was a viewing of what must surely be deemed a classic production. When Oklahoma was first put on by Trevor Nunn at the National Theatre in the late 1990s it was hailed as pretty much a masterpiece. I saw it twice at the time and it was a pleasure to remake its acquaintance all these years later. The recording is on  Broadway HD (http://www.broadwayhd.com/) 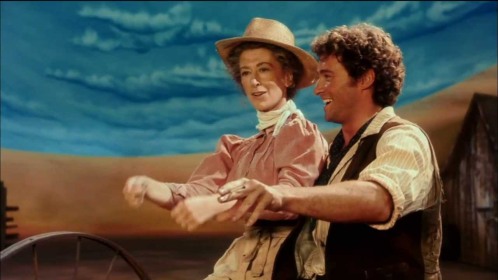 Trevor Nunn is such a consummate director of musicals there was little that was ever going to be wrong with this production – though I believe some rather more snooty patrons of the National were dead set against the idea of sullying its stages with Broadway froth. Maybe that is why Nunn and co place quite a bit of emphasis on the seamier side of the storyline. Judd Fry is clearly demented and stalks Laurie; violence ensues on her wedding day. The ballet sequence at the end of the first half is particularly clear in setting out the nightmare that the heroine possibly faces. Neither is the hard life scratching a living on the mid-West plains entirely sugar coated. Farming and ranching are hard work and money is relatively scarce. The tense auction sequence rams that home – although it has to be said the bidding is basically for the womenfolk themselves and so sits rather uncomfortably with sensibilities in 2020.

The cast are little short of superb. Led by a, then, young Hugh Jackman with his booming baritone they are clearly a well drilled unit and seem totally at ease with the townspeople they portray. Jackman and Josefina Gabrielle as Laurie have real chemistry together and although clearly always destined to be together, they bring a real sense of edge to their earlier encounters. The other dominant force is, of course, Maureen Lipman playing the matriarchal Aunt Eller. A consummate performance from a very talented actress with hidden depths of compassion rarely shown but truly meant. However, I couldn’t help noticing that she seemed to be the only female over thirty in the town – perhaps lack of competition made her the dominant force she is. Jimmy Johnson and Vicki Simon as Will and Annie are a delightful second-string couple and provide a good deal of the comedy in the show while Shuler Hensley is suitably menacing as loner Judd Fry. I was less struck by Peter Polycarpou’s Ali Hakim whose accent seemed to wander all over the place  – perhaps this was intentional but to me it seemed odd. 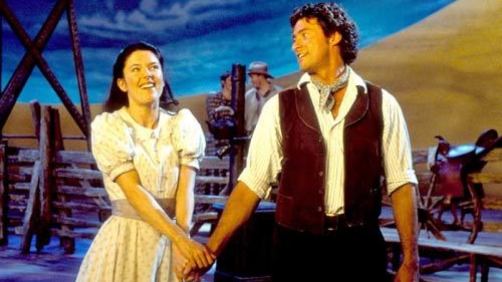 The full technical magnificence of the National’s set builders is revealed throughout the course of the show with wide open plains (courtesy of the Olivier stage), slightly ramshackle buildings and even a most convincing cornfield on display. An excellent lighting plot (sorry, didn’t catch who was responsible) also served to give a sense of the huge expanses in which the drama was being played out – a highlight here, again, was the ballet sequence.

Oklahoma ends on a real note of hope as the territory looks forward to the day when it will be fully incorporated into the USA as a fully-fledged state – reinforced symbolically by the marriage of the main characters. It has a salutary lesson to teach us all today as well – that working as a unit  can get us through difficult times. As the song has it “Territory folk should stick together”. Quite! 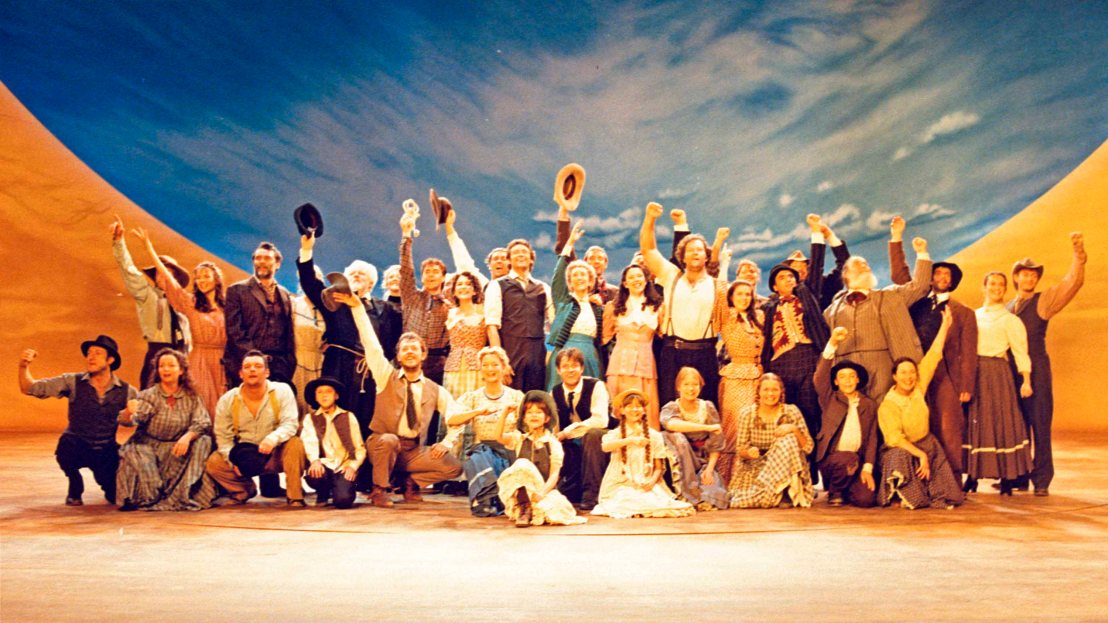 Broadway HD has dozens of classic shows (e.g. Kenneth Branagh and Emma Thompson in “Look Back In Anger”), a whole roster of musicals (e.g. 42nd Street)  and more recent fare (e.g. Ian McKellen’s “King Lear”). It is a subscription service but they are currently offering a seven-day free trial period.