This was the third of Oscar Wilde’s plays I’ve seen in as many weeks and was much the most successful. The play has the usual Wildean tendency towards Victorian melodrama but the contemporary nature of many of the themes lends the work a new sense of depth and perspective. The social comedy, of course, sparkles and the epigrams are still plentiful; there are even elements of farce in the plot to lighten the mood. Beyond the writing, the cast generally get the balance exactly right and the direction seems to hit the sweet spot so that it is not all artifice.

Wilde seems to relish “a woman with a past” as the motivators of his plots – c.f. Mrs Erlynne (Lady Windermere’s Fan) and Mrs Arbuthnot (A Woman Of No Importance) in his two earlier plays. This time round it is the turn of Mrs Cheveley. Unlike her predecessors who have been forced out of society and victimised for giving birth to illegitimate children, Mrs Cheveley is altogether a much nastier piece of work. She wants MP Robert Chiltern to drop objections to a canal construction enterprise in which she has heavily invested and threatens to blackmail him by revealing a secret from his own past if he will not co-operate. Chiltern is terrified of his morally upright wife finding out his past laxity and so turns to best friend Lord Arthur Goring for help. Goring, despite his dandyish demeanour, undertakes to save the day at potential cost to his own reputation… and, of course, win over his heart’s desire at the same time. Needless to say, it all comes out right in the end but not before questions about moral probity, money, the use and abuse of power and the role of women in society have been well and truly aired. 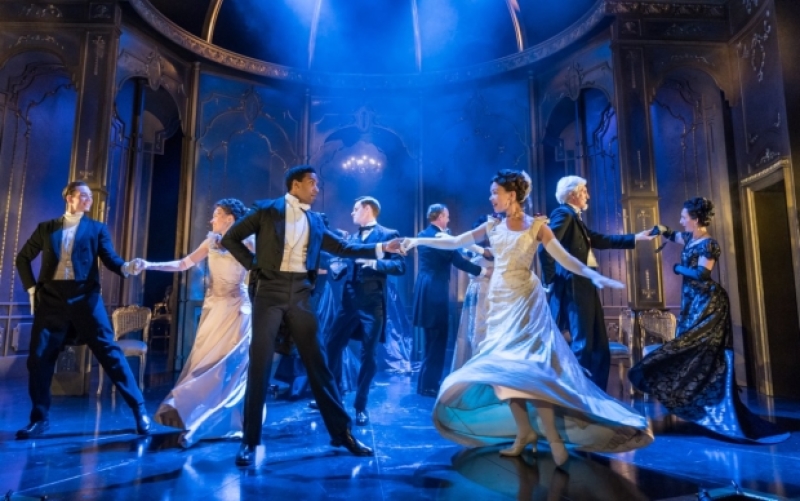 The settings in these Classic Spring productions have been first rate and Simon Higlett more than rises to the occasion using plenty of velvet and gilding to suggest wealth and power. The costumes also are sumptuous with Mrs Cheveley’s various gowns being particularly striking. Director Jonathan Church does a fine job in marshalling a top-notch cast and makes a coherent job of bringing the differing tones of various plot strands together. Essentially, he gets his actors to play each aspect at full tilt – thus the melodramatic bits are very melodramatic while the sparkling repartee is brittle and cutting. This gives the production some credibility and pace.

Leading the cast, Freddie Fox is on top of his game as the seemingly effete but actually steadfast Goring; he completely captures the languid grace that one supposes Oscar himself would always have had. Fox can do serious as well, yet introduces some playful moments which bring his character to life. Goring is noted for changing his clothes five times a day and Fox wears his costume as if to the manner born. Freddie’s real-life father, Edward Fox,  plays his stage father as only Fox Senior can – all precise delivery and elongated cut glass vowels – and it is a treat to see them working together. Nathaniel Parker makes a believable politician genuinely torn as to his next move to avoid facing moral bankruptcy while Sally Bretton as his wife does what she can with the rather priggish character she is given to play. The one awkward note is struck by the Mrs Cheveley of Frances Barber. She is usually a fine actress but here she over channels her inner Cruella De Ville and emphatic melodramatics/histrionics take over. Towards the latter stages her spiteful shrieking makes it seem as if she is just about to hop aboard the nearest broomstick. Incidentally it does seem highly unlikely that Mrs Cheveley and Lady Chilton can possibly have been at school together.

There are a couple of real treats in the minor roles. It’s a welcome return to the stage for Susan Hampshire as a chatterbox Lady Markby. True, the character adds almost nothing to the plot but Hampshire delivers her lines so well this hardly matters. And then there is Going’s supercilious manservant, Phipps, who is played by Tim Wallers. The scene between Goring and Phipps is, essentially, a rehearsal for the opening of The Importance Of Being Earnest… but that’s next Saturday’s matinee.

An Ideal Husband (along with the rest of Classic Spring’s Wilde season) is available via Marquee TV. This is a subscription service, but they currently have a thirty-day free trial offer.