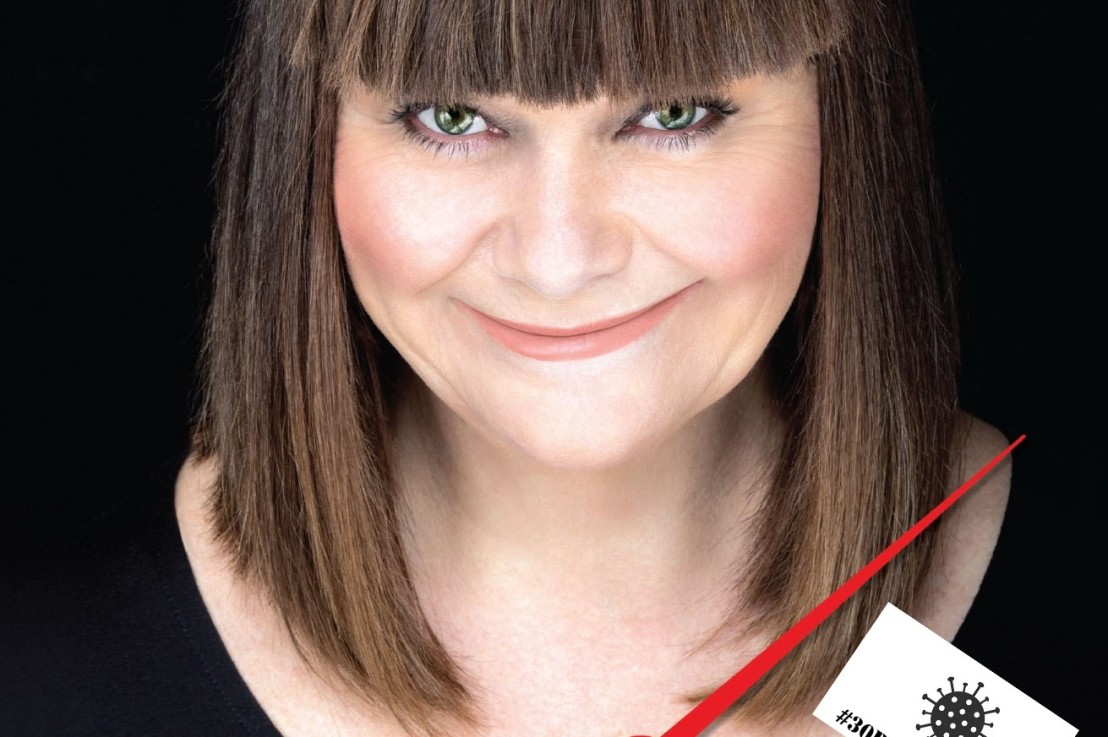 No, the title doesn’t refer to the amount of time I’ve spent watching online plays and writing reviews this month for #30plays30days. Thirty Million Minutes actually indicates the rough length of time that Dawn French had been alive at the time of her solo show recorded in its final incarnation in 2016. As the piece is basically an on stage autobiography, sharing some material with her book Dear Fatty, it is an entirely appropriate name. 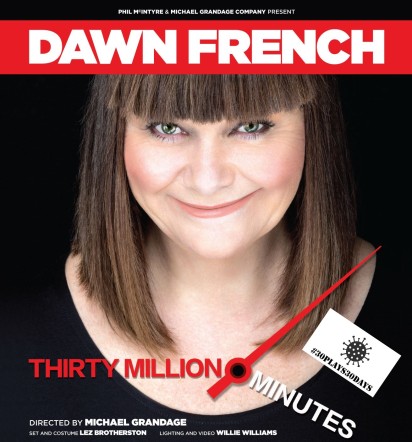 Unlike the general run of biographies, however, most of the show goes against the ordered chronology implied by the title and instead French looks at her life in relation to those closest to her – parents, brother, grandparents, daughter, husbands and, in one particularly memorable section, herself in the form of her own body. Interestingly French makes little of her actual career, her fame and celebrity status and she certainly eschews the chance to trot out a string of show biz anecdotes. Most of her work associates such as Jenifer Saunders, the Comic Strip performers and, of course, ex-husband Lenny Henry merit only fleeting mentions and she nicely skates round any potential prurience over the break down of her marriage.

This show treads a very fine line between play and stand up comedy and I’m still not entirely sure which category it falls into. It has all the rhythms and sectioning which a comedy routine employs and it certainly has the laughter. However, there is an evident lack of improvisation or comment on the audience; every nuance is clearly scripted. Elements which would be more usually associated with plays are systematically deployed. For a start, the piece has a credited director and one of no little standing either, Michael Grandage no less. A back projected set is provided by the renowned Lez Brotherston who also created the costume – really? There was an actual costume? Strong use of lighting (John Walker) and sound (Ben & Max Ringham) also propel the performance away from the sphere of stand up. There is, too, the element of the confessional but played for sincerity rather than laughs. In all I have concluded it is actually a kind of strange hybrid form – neither one thing or the other but satisfying both sets of criteria.

And in the end does it actually matter? The content is the thing and French has as string of great reminiscences and anecdotes to unleash. Old newsreel demonstrates that a close encounter with the Queen Mother (a wicked witch with black teeth) actually took place. Memories of her good and evil grandmas show that having either demeanour can bear comedic fruit. Her childhood days in an idyllic Cyprus and her non-selection as a bridesmaid are lovingly conjured. But there is deeper sadness and pain too in tales of failed IVF and media intrusion. Most touching of all is the section where she recounts the suicide of her beloved father who was her inspiration and, as she reveals, empowerer. At this point it is not so much stand up routine or play as it is public confessional. The scripted nature of the piece means that French just about avoids becoming mawkish but it’s another fine line moment. I could also have done without some of the rather trite aphorisms which dot the script, e.g. “I walk in the footsteps of those who have gone before me” – clunky and a bit too Saturday-night-talent-show-back-story for my liking.

These are minor cavils, however, and one is mostly left with a sense of joy and an uplifted spirit – and how necessary are they right now? Thirty Million Minutes of a life are distilled into 116 minutes on stage and overwhelmingly the show (whatever pedigree it is) comes to echo the title of one of French’s novels “A Tiny Bit Marvellous”.

Thirty Million Minutes is available on the BBC iPlayer until May 8th. Click here