The British fascination with the monarchy and the seemingly endless soap opera which is the Royal family continues to resurface periodically, even if  it has been temporarily eclipsed by the coronavirus. Just yesterday there was a whole news item devoted to how the Queen had used Zoom for the first time (yes….and?) and in the last year or so we have had the saga of the Sussexes, the Andrew/Epstein imbroglio and Philip’s driving mishap. Thus it ever was, and Alan Bennett’s early 1990s play The Madness Of George III examines similar public versus private monarchical concerns at the end of the 18th century in the latest stream from National Theatre At Home. I saw this production when it was cinema broadcast a couple of years ago but it was well worth a revisit. 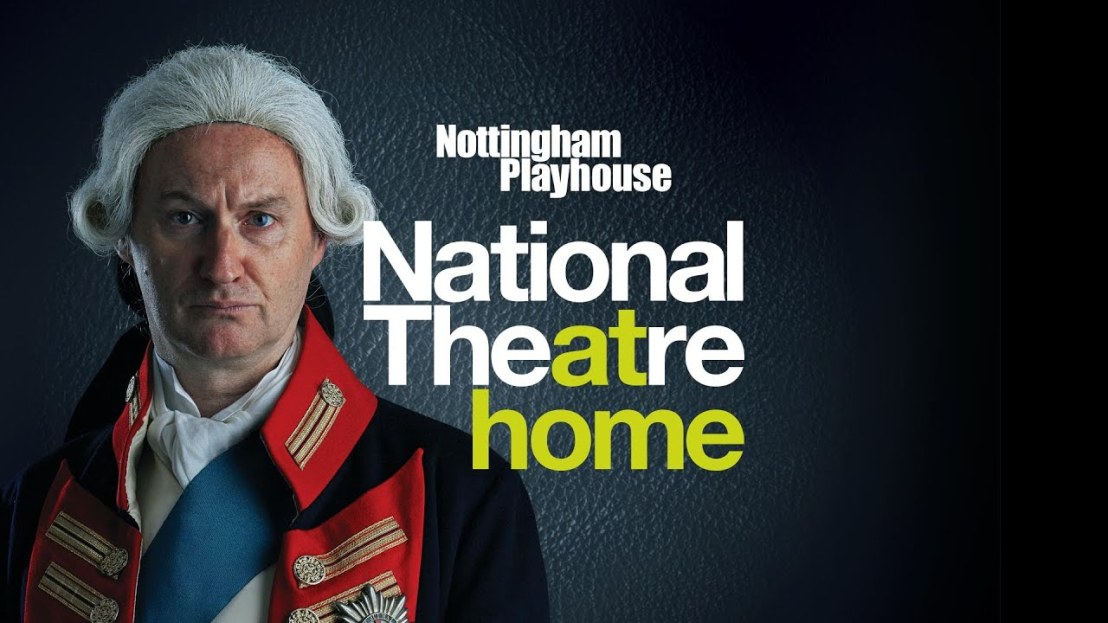 The original version with a multi award winning Nigel Hawthorne was produced at the National itself whereas this time round they are responsible for the filming and broadcast of a production from Nottingham Playhouse; this shows regional theatre at its very best. The production headed by director Adam Penford sets a cracking pace – either that or there have been some significant cuts. The production  is big on spectacle when required but also captures the more intimate scenes perfectly. The whole is sumptuously staged with Robert Jones’ set design of classically angled walls repeatedly moved by bewigged servants to represent a multitude of locations; the costumes are similarly lavish. Both lighting and sound design (Richard Howell and Tom Gibbons respectively) are used to thrilling effect; the end of Act One remains, for me, one of the highlights of modern drama.

And what a feast of acting there is with a cracking cast who consistently deliver. The star turn (and it is a star turn) comes from an unmissable Mark Gatiss; if he doesn’t quite eclipse the memory of Hawthorne, he comes pretty damn close. Well used to playing grotesques, Gatiss seems to have taken some of his cues from the celebrated Georgian caricaturist James Gillray although I’m aware that is to imply a rather one-dimensional approach. In fact, Gatiss’s performance is multi-layered and technically highly accomplished. He leaves us in little doubt that the rigid rule based system which George insists upon at the start of proceedings is partially responsible for his growing crisis and as the character falls apart in the first half the actor traces a carefully constructed arc of the descent into madness (or porphyria or whatever it was) in a performance that shows total commitment. Needless to say he is brilliant at the comic moments too and seeing him play two very different characters in rapid succession (he was equally good in last week’s broadcast of Coriolanus) demonstrates what many have suspected for a while now – that he is very good indeed. 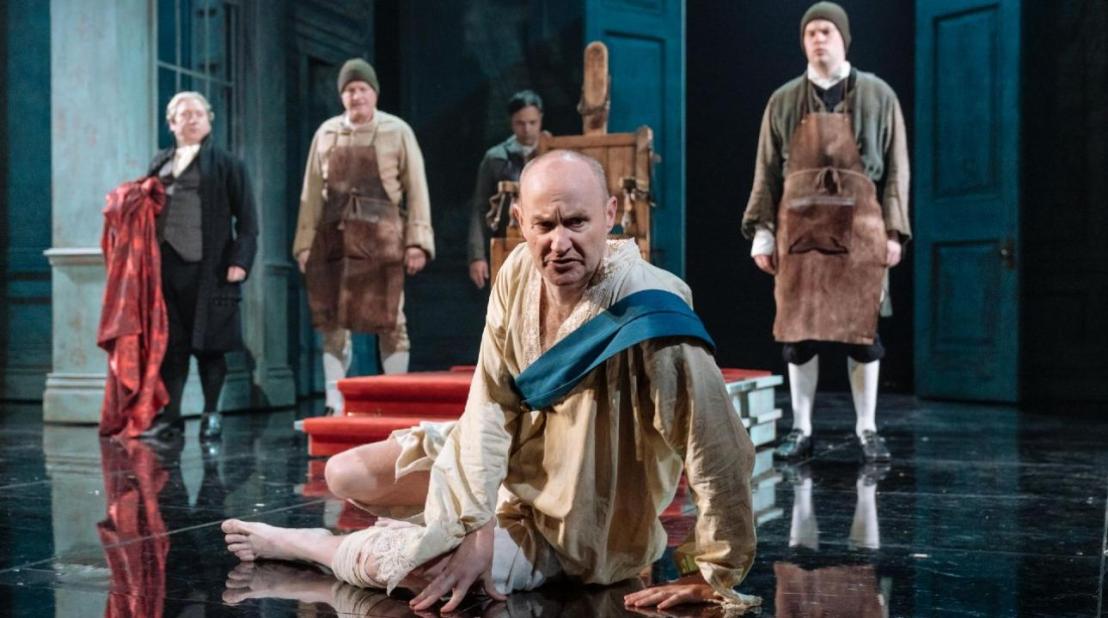 The rest of the cast are no slouches, either. Debra Gillett and Wilf Scolding as Queen Charlotte and Prince George provide ideal foils to Gatiss’ king, Nicholas Bishop makes a convincing William Pitt and there’s a particularly touching performance from Jack Holden as the devoted equerry Greville. The other servants are well delineated with Nadia Albina being particularly notable as the duplicitous Fitzroy. In a further nod to gender blind casting the three royal doctors are all played by women (Stephanie Jacob, Louise Jameson and Amanda Hadingue – playing men). I wasn’t sure about this decision although it does level up a rather uneven playing field and serve to show the medics as a specific tribe scrabbling for supremacy with their various crackpot theories. However, does it simply reinforce notions of ineptitude? It is noticeable that the main medical role (and, ultimately the king’s saviour) still goes to a male performer, though I guess if a regional theatre has the ever dependable Adrian Scarborough on board then it is going to ensure it uses his talents fully. And Scarborough is indeed very impressive as Willis the zealous country doctor who “cures” the king by bending him and breaking him as he would a horse – the scenes between him and Gatiss are electric and full of real dramatic tension.

The various cures (or tortures depending on your point of view) being perpetrated are not an easy watch as we have become that much more aware of mental health issues and their treatment even across the short time of the play’s existence. This is echoed by the tribalism of the politics, the rigid etiquette of life in society, the prevalent economic greed; the so called Age of Enlightenment is shown as actually quite barbarous. Unfortunately, the play has little to say about gender equality and nothing at all about issues of race. However, the dramatic action is sandwiched between two great revolutions (American and French) that were to see the start of a steady change – one that, as recent events have shown, is still going on today. Even so, the production is highly recommended.

The Madness Of George III  is available on NT At Home’s You Tube channel until June 18th. Click here

2 thoughts on “The Madness Of George III (Online review)”