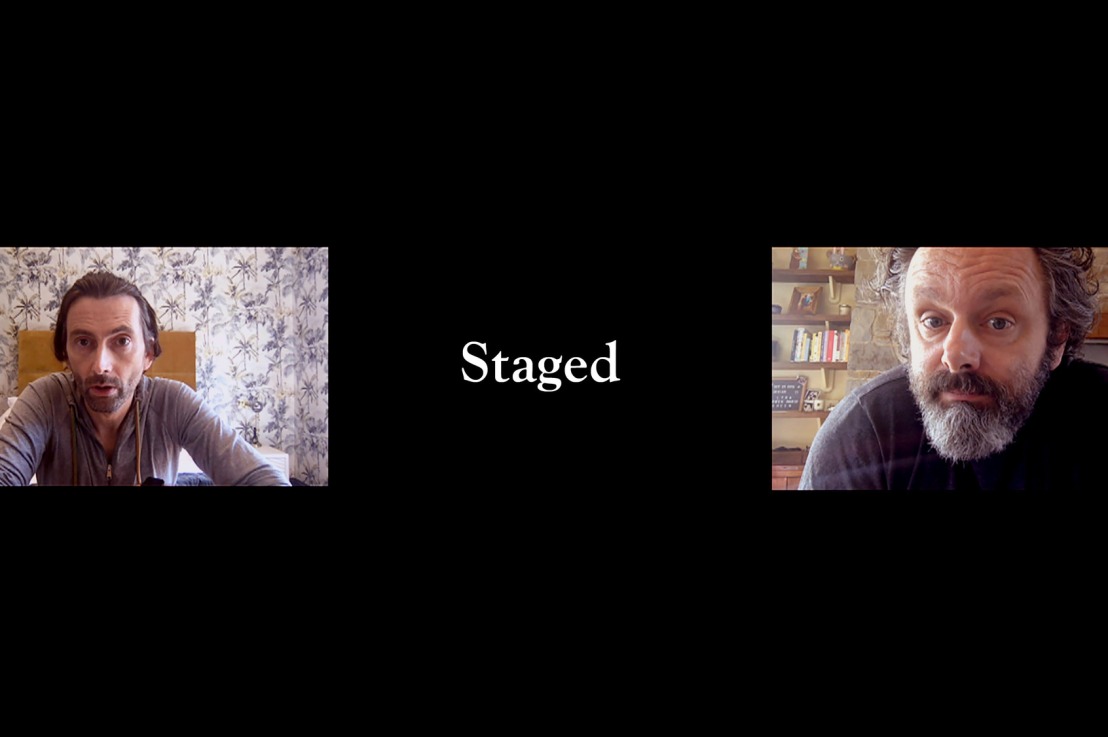 O.K. so this one is a bit of a cheat – let’s put that out there straightaway. Staged has never been and, I assume, will never be … well… staged and therefore by rights does not belong in this collection of theatre online reviews. In my defence, though, I have now abided by the “rules” for over seventy days in succession and produced a total of nearly ninety reviews so I conclude that I should give myself a break and the benefit of the doubt just this once. In any case, Staged is most definitely online, it is about the whole business of theatre and acting and if played straight through (as I did) it quite closely resembles a complete play. In actuality it is a series of six fifteen minute TV episodes but if you’re a fan of the theatre you will love this.

The premise is pretty slight. Actual writer/director Simon Evans wants to forge ahead with his version of Pirandello’s Six Characters In Search Of An Author, the stage production of which has been halted by the onset of Covid 19. David Tennant is already on board and is persuaded to recruit his friend Michael Sheen to star alongside him. Rehearsals are to be carried out via Zoom and the production will therefore get a head start on other productions and be in poll position to pick a prime West End venue when they finally reopen. This being a comedy that is clearly never going to happen, but the fun is in watching this trio find that out for themselves. Evans is, according to the script anyway, pretty much a fledgling director with little idea of how to go about things especially given the outsize egos of his star performers. For although Sheen and Tennant are playing themselves they are radically heightened versions of themselves where they vie for billing position on the play poster; this becomes the subject of a very funny running gag – just make sure you watch the various episode’s credits carefully. 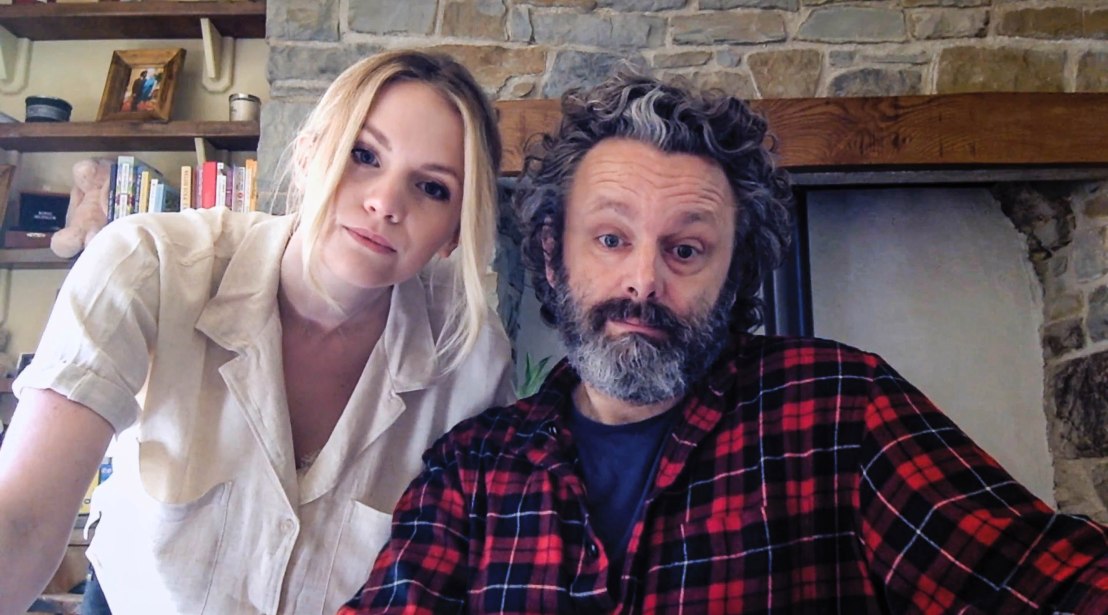 In truth we see very little rehearsal going on as the two stars discuss life, the universe and everything in it in order to avoid getting down to work. Discussion turns to bickering and eventually hostility and recriminations – especially when Sheen discovers that Tennant has been hiding a big secret – that Sheen was not first choice for the role, a situation which he loftily proclaims that he has never found himself in before. The Pirandello project seems unlikely to get started, let alone finished and the despairing director enlists the assistance of a theatrical backer played by Nina Sosanya and Adrian Lester playing Adrian Lester plus (a hilariously droll turn as a repeat reading fan of Ulysses) but their interventions do little to smooth the way. En route a couple of really big star names from the acting world turn up (no spoilers) and parade even possibly bigger egos than Sheen and Tennant – all glorious fun at their own expense.

Tennant and Sheen are simply delicious and play the material for all it is worth; the rapport they established in the recent Good Omens is palpable. More than a little of the dialogue seems unscripted – if it is all credit to Evans for capturing the feel of real speech patterns. Sheen comes across as a Falstaffian figure with an ego to match while Tennant’s rather more mercurial wit is reminiscent of Puck. Both, as if often the case with actors, indirectly reveal massive insecurities and an over concern with status; the unspoken competition between them over their attempts at artwork is priceless. Clearly the style has been borrowed from Coogan and Brydon in The Trip but (whisper it who dares) they actually do it better. It is also great fun getting glimpses of the real real (as opposed to real heightened) houses where the two live; I’m sure I spotted a blue police box at the end of Tennant’s garden. Both their real life partners, Georgia Tennant and Anna Lundberg, appear as “themselves” and seem to be faring rather better in lockdown, home schooling children, cooking, being a birthing partner and even writing a book. Meanwhile the men are morose, bogged down and seemingly incapable of doing anything under their own steam. It is hinted that Sheen is becoming a bit too alcohol dependent and, a nice touch, Tennant appears in the same outfit throughout – both situations with which many of us will currently empathise. These little gems of programmes, more than any other so far, have captured the real feel of life under lockdown and how prevarication and distraction all too easily can set in and nothing concrete gets done. 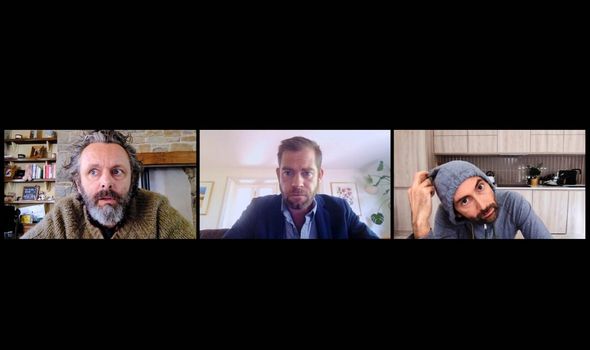 Classic sitcoms are often about lockdown situations and the inability to move on (e.g. Porridge or Steptoe and Son) and Staged is no exception. It’s the sort of series that repays a repeat viewing as there are so many little moments and asides that pass by all too swiftly to be properly appreciated. In fact, I may well embark on a more leisurely rewatch to see what I may have missed. Besides that will mean I can avoid having to do anything else ….. doesn’t it?

Staged is available via BBC iPlayer for the rest of the year. Click here