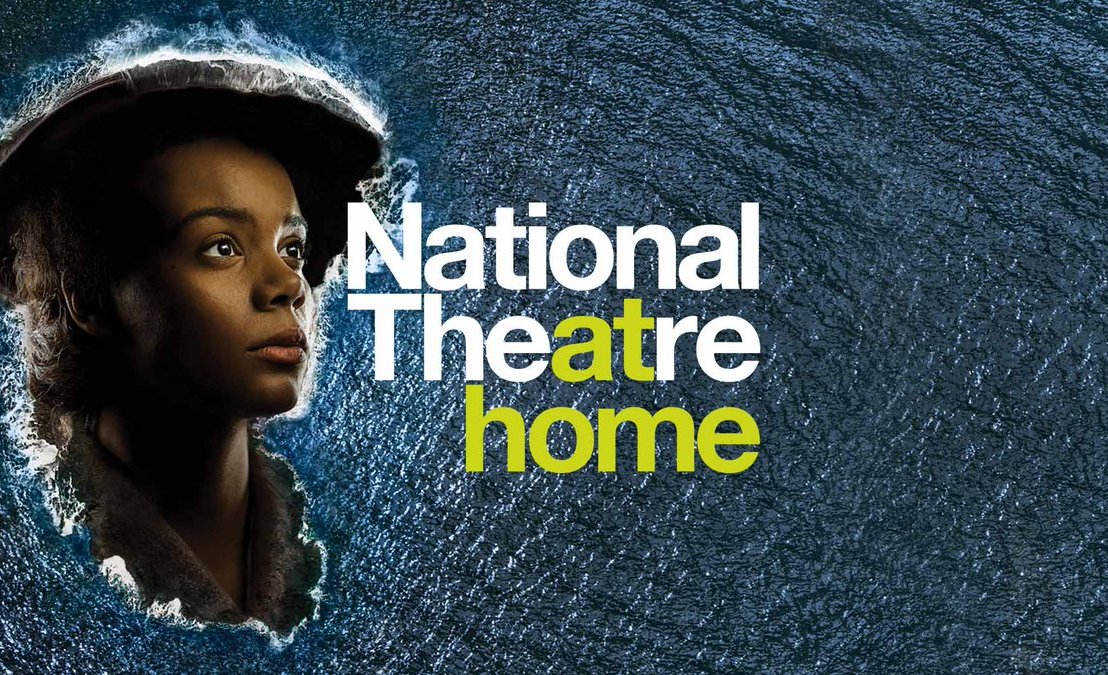 The National Theatre At Home’s latest freestream has to be one of the boldest and most ambitious yet. Andrea Levy’s sprawling novel Small Island has been turned into a glorious staged adaptation by writer Helen Edmundson. It is no less sprawling, and that word is not intended as a criticism. Seldom can the vast Olivier stage have been put to better use as we are transported between Jamaica and the UK as the so-called Windrush generation’s story comes in for scrutiny under Rufus Norris’s incisive direction.

Norris, of course, has exceptionally good form with large scale cast plays such as London Road and Market Boy (we’ll gloss over his Macbeth) and this continues the trend. 40+ actors fill the stage with life and movement bringing the late 1940s setting into sharp focus and reminding us of a time when the UK (or at least the government) actively pursued a policy of encouraging immigration from its former Empire; the repercussions of this are still being played out. 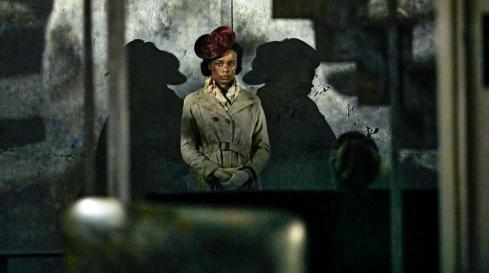 Not having read the novel I wasn’t quite ready for the multi focus approach that the storyline takes. The opening section is all about young Hortense and her childhood friendship with cousin Michael. Hortense is spirited (or wilful depending on your point of view) and looks set to be the central character. But she shares this focus with the stories of Gilbert who dreams of being a lawyer but encounters prejudice and abuse from his newly adopted country and Queenie from Lincolnshire who wants to escape life on her parent’s pig farm. She does so by marrying the unsuitable Bernard. As World War 2 rages, gradually the stories converge. Bernard goes “missing in action” and  Queenie, to make ends meet, rents out rooms in their Earls Court house. Hortense and Gilbert leave Jamaica, marry and move into the guest house; neither is happy with the situation and quickly realise that their hopes and dreams have been shattered.

Act One is epic in scope covering a ten year time span and flitting between the heat and colour of Jamaica and the drab raininess of wartime Britain. Act 2 is much more tightly focused, principally concentrating on two rooms in the guest house with occasional forays into the outside world. Whether this was being used as an intentional metaphor to show the shrinking expectations of the various characters I’m not sure, but it certainly worked for me. The design team of Katrina Lindsay (set and costumes), Paul Anderson (lighting) and Ian Dickinson (sound) make a huge contribution to the overall effectiveness of the piece. In an ingenious and highly emotional moment we even get to see the Windrush itself with characters boarding and waving their farewells.

While there are no big star names in this production, the acting is of the highest quality and there are some delightful character studies from Sandra James-Young (an American school teacher), David Fielder (Bernard’s shellshocked mute father), Shiloh Coke (Hortense’s sometime friend) and Beatie Edney (sweet shop owning Auntie Dorothy). But it is the main characters in whom we invest. Leah Harvey shows that Hortense is a hard character to like/love but her steely determination to see the right thing done means she earns our respect. The start of Act Two when she arrives in her new home is both hilarious and gut wrenching at the same time. Aisling Loftus as Queenie could so easily have gone for the chirpy Eastender stereotype but instead invests the character with real depth and a nuanced delivery. Gershwyn Eustache Jnr plays Gilbert with charm and a necessarily repressed anger at his treatment. Having fought in the RAF he finds himself relegated to menial employment and horrific abuse. Even sitting on my own at home I was gasping at the sheer nastiness of his fellow employees. There is much use of offensive language in the play but it is entirely justified and necessary to get the point across and if it makes us squirm, then so it should. Andrew Rothney as the racist and altogether odd Bernard has a back story which stops the character becoming one dimensional.

It seems for the first section that the small island of the title refers to Jamaica which is geographically 22 times smaller than the UK. But equally the latter is small in terms of its limited outlook, petty prejudices and narrow mindedness. Levy/Edmundson write with passion and conviction; they do not tell us what to think but it is hard to deny the idea that the Windrush generation were ill served by their move to a “promised land”. The play is a long one but never gets tedious; there is simply too much going on for that to be the case. And by the conclusion I really wanted the story to go on in order to follow the fortunes of the key characters. Visually and aurally the play is a splendid feast and I believe may contain two “firsts” – at least they are to me. I don’t ever recall a (very realistic) scene of pig butchery on stage before. Neither can I remember a whole depiction of birth being played centre stage. Norris’s “all life is there” approach serves his source material very well and has created a modern-day classic about an age old problem.

Small World  is available on NT At Home’s You Tube channel until June 25th. Click here