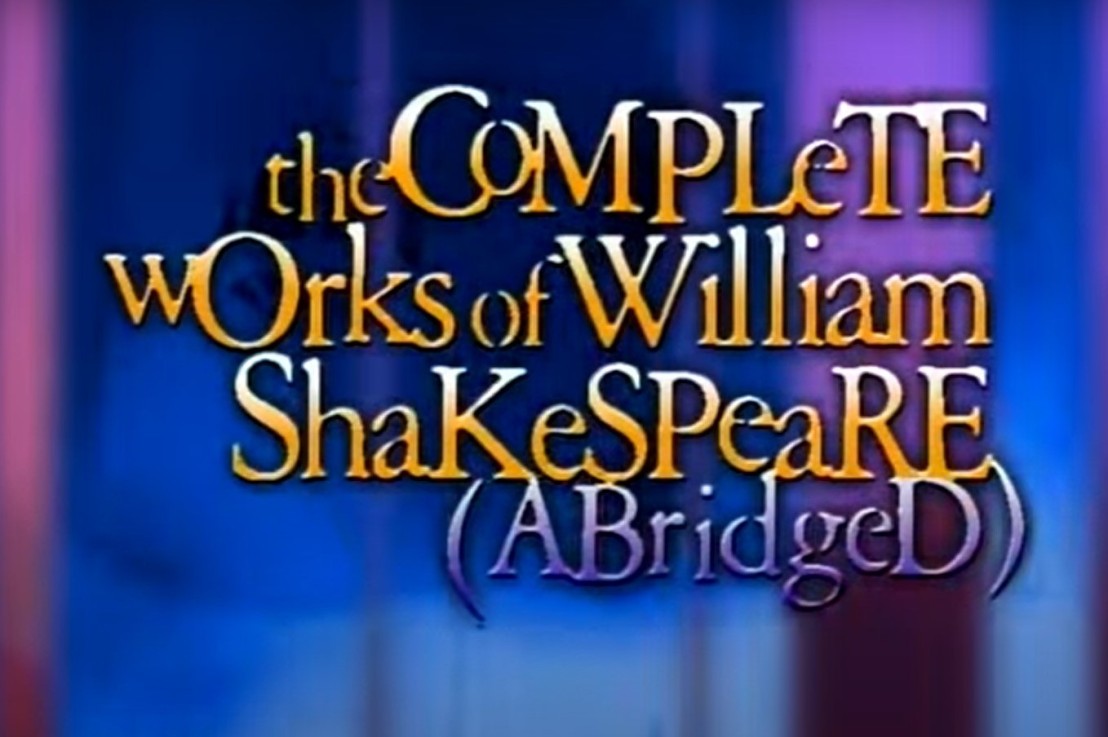 The Reduced Shakespeare Company and their mega hit The Complete Works Of William Shakespeare (Abridged) first saw the light of day at the Edinburgh Festival… in 1987! It played in London in the early 90s and was one of the first productions to become a franchise, popping up all over the world and creating a host of spin offs which built on the original premise. So, it was interesting to find an online version of the show filmed for TV in 2000 and  which captured the zany humour of the core (though not original) troupe which most people remember. 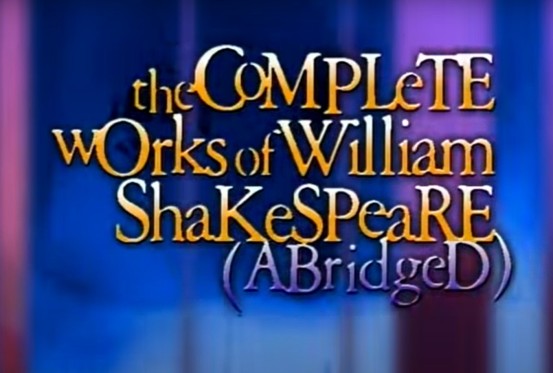 The basic premise, like many a good idea, is simplicity itself. Run through the entire Shakespeare canon, have inordinate amounts of fun while you are doing it and attack everything with a ferocious energy which will leave the audience breathless. Break down the fourth wall completely, improvise, undercut everything with puerile but slick humour and do the whole thing on a tight budget; the latter was almost certainly at first a necessity but what a virtue was made out of that once the money began rolling in. When watching the show it’s not necessary to have a background in Shakespeare but  it probably helps in appreciating the jokes. And in any case a potted lecture at the start gives us WS’s background including the fact that, apparently, he invaded Poland in 1939! 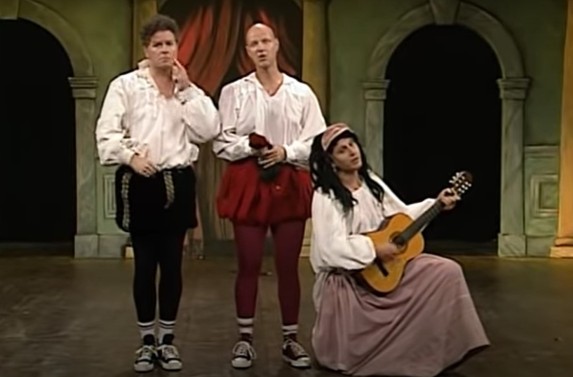 Do the team manage the promised “Complete Works” ? Well, they do and they don’t. They start off with a relatively straightforward though heavily truncated version of Romeo and Juliet but still with plenty of jokes. All the roles are played by just two of the three-man strong team (the third narrates) and it is silliness personified. However, if your brain starts telling you that if the ten minutes or so allotted to this section were to be replicated across thirty seven plays you would be in a for a six hour plus marathon, you’d be right; the basic joke would soon wear very thin indeed. And so, lots of “cheating” goes on. Both the comedies and the histories are lumped together in two swiftly dispatched sections, the latter played out as an American football match with a crown as the ball. This means the team can concentrate on the tragedies which “are funnier anyway”. And in order to mix it up a little, various genres are parodied. Thus, Titus Andronicus is played as a TV cookery show while Othello is given to us in the form of a rap. By the interval there are only two plays left, Coriolanus – which one of the team refuses to do because he doesn’t care for the title – and Hamlet; their version of this takes up the second half of the show. 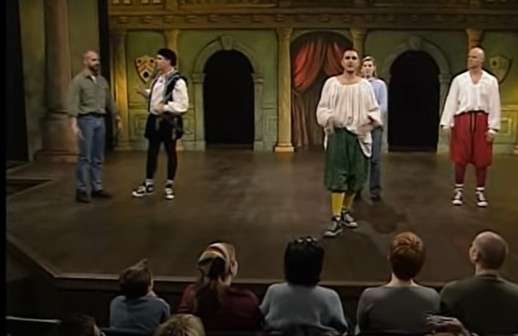 Does it all still work? Again, yes and no. There is no doubting the trio’s commitment as they bounce off each other and the audience with a gusto that belies the fact that they must have done the show hundreds of times. Adam Long, particularly, provides some constant delight as various heroines in ill fitting wigs and screechy voices; his rapport with the audience is a thing of joy. Austin Tichenor and Reed Martin both have some delicious moments too. The former has the best line “I am Omelette – the great Danish” and the latter’s sequence when the other two have absconded and he tries to cover off the sonnets by passing index cards around the audience while he plays the accordion is a little gem. But there were also moments when I felt the show was in danger of showing its age. What seemed bright and fresh back in the 1990s is not necessarily so today. Spymonkey (who have their own Shakespeare show The Complete Deaths) probably do this sort of manic farce better and The Show That Goes Wrong franchise has probably diversified with even more success. However, it is true to say that without The Reduced Shakespeare Company to blaze the trail neither of the more recent groups would have flourished quite as well as they have. 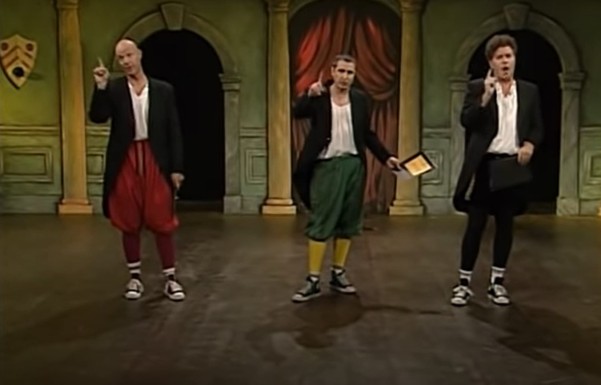 If you’ve never seen the Shakespeare (Abridged) show it is certainly worthy of your time and it is good that the most famous iteration of the team has been captured for posterity. As part of my Shakespeare offshoot trilogy (see also Doing Shakespeare and William Shakespeare’s Star Wars, neither of which, again, would probably exist without this particular RSC) it was instructive to go back and see where it all began again. It’s been an interesting diversion but  I guess it’s time to go back to the real thing now.

The Complete Works Of William Shakespeare (Abridged) is available on You Tube. Click here