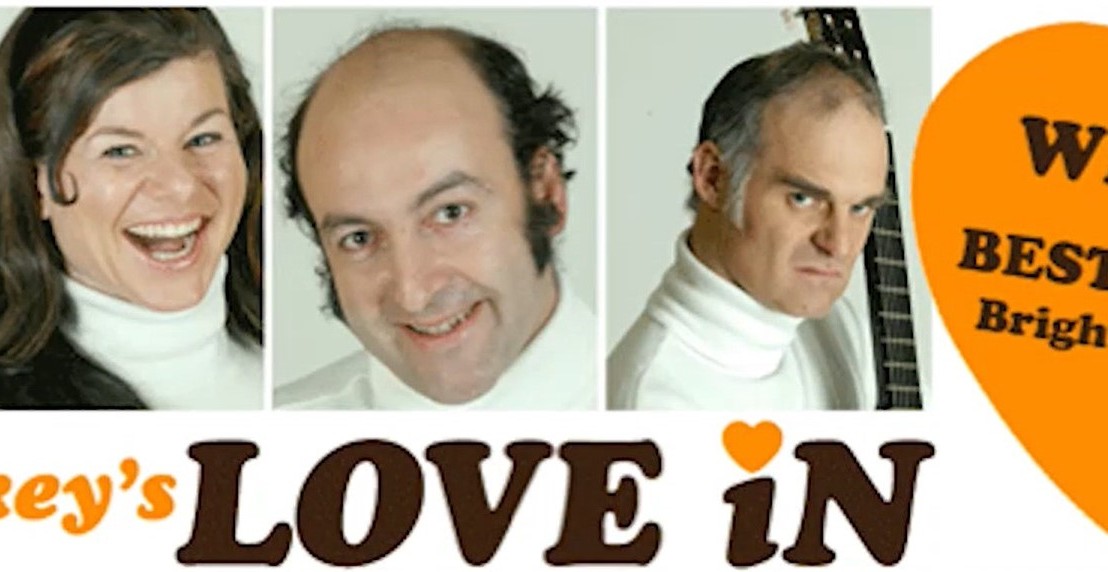 Spymonkey’s 2011 show Love In reveals a change of tack for the group; they choose to describe it as a cabaret performance and it is true that it is essentially a collection of random acts rather than something with a coherent narrative. However, this is not necessarily a bad thing as it allows us to see the heart of the Spymonkey approach without being boxed into a narrative. It is, if you will, a whiff of Essence de Spymonkey – comic routines for their own sake without the need to provide an overarching story line. That said, there actually is one – of sorts. The Global Love In Organisation is holding a seminar and we are watching their instructional demonstrations.

The first of these, with typical Spymonkey contrariness, explores the concept of what love is not. And this turns out to be a strange ménage a trois where each of the three participants only has eyes for one of the others all played as an extended mime where underwear status (and less) is rapidly achieved. There’s a leotarded dance sequence to “I Know Him So Well”, a mentalist act hampered by a lack of help from his assistant, a pair of inept conjurors and a pole dancing version of Joan of Arc; there’s even a surprise guest appearance by Mother Theresa. One of the best sequences for my money comes just before the interval when there’s a wonderfully inventive dance mime number to the infectiously catchy Michel Legrand tune “Digue ding ding” (you do know it, I assure you). This culminates in Petra Massey doing unbelievable things with a cigar, bubbles and some ping pong balls. 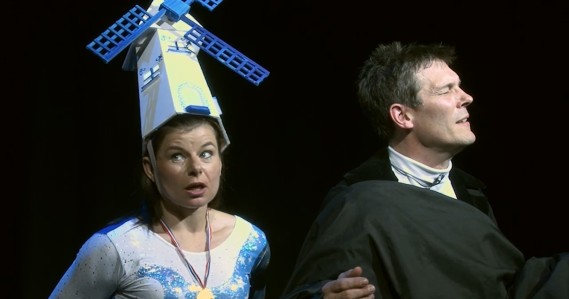 Indeed, Massey reveals herself as the star of this particular show – as I observed when I saw Hysteria a few weeks ago her fearless approach means she really will do anything to raise a laugh. Her facial expressions when she is Betty, the goose-stepping clueless mentalist’s assistant are priceless. The other three male performers are the classic team of Toby Park, Aitor Basauri and Stephan Kreiss all playing variations of their usual on stage personas with the first being mildly infuriated with the other two who display not only their manic energy but also, inevitably, their genitalia. There is a particularly wince inducing moment as the two of them compete to outdo each other climbing a pole in the final minutes.

The show was recorded at the Udderbelly Festival and is therefore light on design (just a simple doorway) but the team make up for that with swift costume changes and some bizarre props. Parts of the performance, which have been imported from earlier shows, are directed by Cal McCrystal with the newer material being directed by Chris Green. There is quite a bit of audience interaction in the latter strand and there is plenty of mockery of the trend towards self help manuals/seminars/experiences which were prevalent at the time. We are introduced to the concept of the mid five (as opposed to the high five or low five) – maybe it will catch on.

Love In somehow has quite a feel of the late 1960s about it, perhaps recalling in its title and construction the era when Rowan and Martin’s Laugh In was a TV sensation. It brings to a close the series of weekly free streams which Spymonkey has been offering as part of its COVID-19 Emergency Physical Comedy Aid Package; however, many of the shows are still available to rent and they certainly would bear repeat viewing. Somehow, I missed one show, Oedipussy, so I’m glad I can go back for an encore visit just one more time. There isn’t much good that’s come out of these last few months of enforced isolation but I will be forever grateful that it allowed me to discover the work of this superb and gloriously funny troupe. I’m going to have to find some other way of lightening the mood on Sundays now but next time they are performing live (hope springs eternal) I’ll be right at the front of the queue for tickets.

Love In is available via the Spymonkey website. Click here for freestream (1 week only). Go to their Vimeo OnDemand page for their other shows

One thought on “Love In (Online review)”