There being a couple of “loose ends” to catch up on this weekend I thought I would put them together merely to clear the decks. Although the Edinburgh Festival is officially over, The Traverse Theatre festival remains online as a catch-up service. Shielders is a short play/film which I hadn’t quite got round to seeing so this was my first port of call. The second play Three Kings had become a “loose end” simply because underwent a couple of delays while Andrew Scott recovered from an operation delaying the performances by a number of weeks. As it’s a monologue he basically IS the play and after the triumph he had with Sea Wall back in May I was coming to this new live performance full of anticipation.

In Shielders , Shahbaz is fascinated by the possibility of alien worlds and life in space and has persuaded two friends to join him from their own homes in his nightly UFO spotting sessions in the night skies of Glasgow. However, lockdown is coming to an end (this was obviously before the situation changed yet again) and Zira and Trice are less enthusiastic than they used to be. They want to get back out into the world, socialise and have fun. Baz feels abandoned as he’s still not prepared to venture outside but if he can’t go to his friends then perhaps his friends can come to him….and 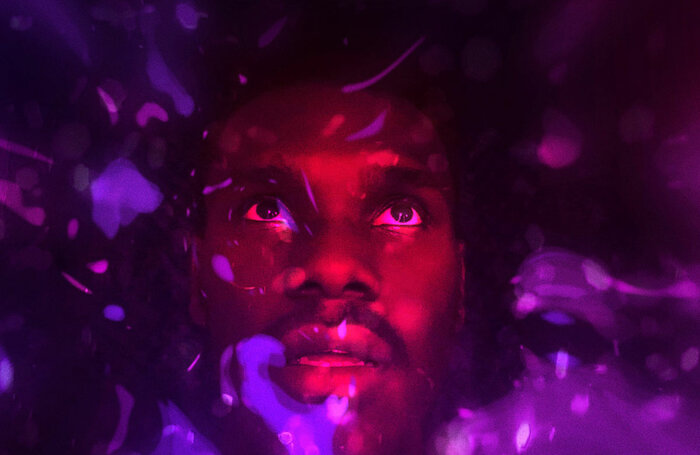 they do. A trio of good performances from Michael Ahomka-Lindsay, Laura Lovemore and Danielle Fiamanya and some interesting special effects make this piece by Matilda Ibini an effortless watch. The dialogue seems naturalistic, insofar as I’m in a position to judge but the piece does give off the air of being unfinished business and certainly ends on a “well, what happens next?” moment. With its embrace of  Afrofuturism this is another interesting piece from the Traverse season (there are reviews of other elements here and here).

Stephen Beresford’s play Three Kings, streamed live from the Old Vic, is about all sorts of things but primarily relationships. Patrick tells us tales from his past, the first of which revolves around meeting his father for the first time when he is eight years old. During this meeting Patrick learns the bar room game of the three kings which the older man uses here to test the boy’s wits. A challenge is set – if the boy can solve the riddle he will see his father again. Time moves swiftly forward and the teenage Patrick says he has solved the problem but it’s not so easy to get his father to keep his side of the bargain. It transpires that quite apart from being an emotional ogre his fast living and possibly criminal lifestyle leaves him no time for family dynamics… except that Patrick has a half brother. 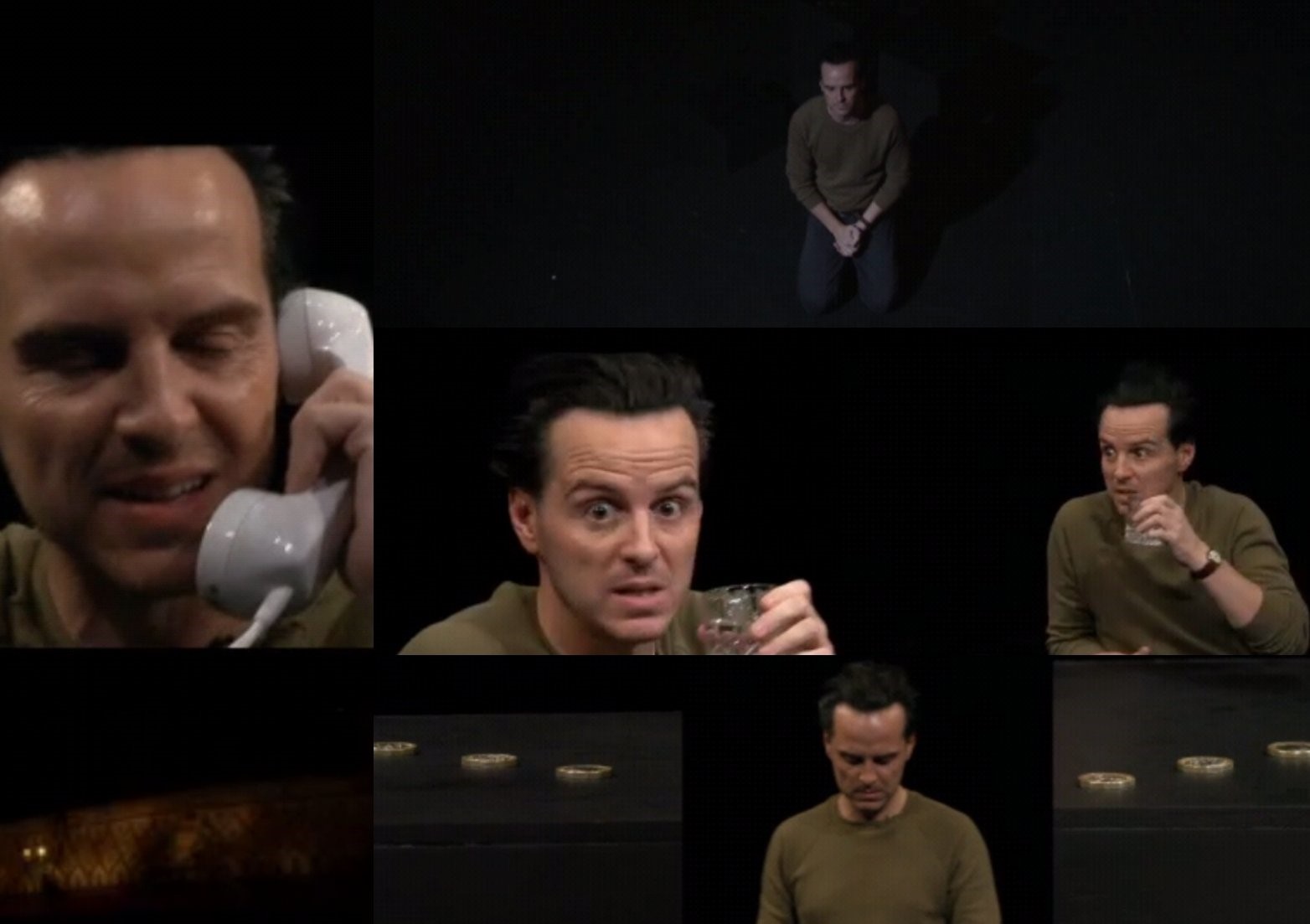 The young boy/man has been emotionally abandoned and the effects are all to plain to see in Scott’s performance which is masterly. He takes on all the characters switching seemingly effortlessly between them and as often as not delineating them by a simple gesture or facial expression as much as by altering his voice. In this way he holds attention and drives the story forward – it’s a real shame Scott never got to do Jackanory. While it was a shame that the original performances had to be cancelled the wait was justified by seeing an actor of undoubted talent at the top of his game. I didn’t think Scott could better his performance in Sea Wall but I think he may have just done so.

Matthew Warchus’s interesting directorial choices also enhance the experience. He makes much use of close up and we get to see the actor in a way that could never be the case in a theatre; the sweat and tears are all too evident. At the same time as the play progresses the screen begins to divide into two and then into three affording the viewer some of the choice of a theatre piece. Further it suggests the increasing fragmentation of Patrick’s soul but also reinforcing the notion that there are three key characters (kings) in the story – the father, the son and the half brother….And if you thought that last phrase was going somewhere else, it very nearly did, for it is a foretaste of how they play will end with Patrick on his knees and “praying”.

The answer to the riddle is eventually demonstrated and at this point everything that has been put before us starts to click into place. I’m not sure whether the trick is real (I couldn’t find anything online) or has been invented by Beresford. Either way it is an eloquent visual metaphor for the situation outlined in the play – that familial relationships have knock on effects and treating them like a bar room game can have serious consequences. This would be highly recommended, but the livestream has now ended.