I was challenging myself to come up with stage musicals which had spawned successful sequels and although its common practice in cinema to build on perceived success it is hardly if ever the case in theatres. The only example that sprang readily to mind was Sandy Wilson’s The Boy Friend/Divorce Me, Darling though the latter was hardly a smash hit (there are a handful of others, click here if you’re interested). The most famous example probably remains the Phantom follow up Love Never Dies. Having watched Phantom Of The Opera the day before and never having seen the sequel I thought it would be an interesting exercise to compare notes (see what I did there?)

Andrew Lloyd Webber’s original show is, of course, the stuff of theatrical legend; Love Never Dies rather less so. The action is set a decade on from the original when the Phantom has relocated to Coney Island in the US, Christine has retained her status as a world class opera singer and she and Raoul are married with a ten year old son, Gustave. The Phantom is posing as Mr Y (as in Mister Y … wouldn’t Mister E have been clearer?) the owner of a freak show cum burlesque theatre. He lures Christine into performing for him one more time by a combination of threats, emotional blackmail and a surety that it is he she really loves. Of course, the outcome is never in any doubt which means that all tension is dissipated, and the Phantom becomes less a crazed lunatic than a pathetic pleader. Gone are the gothic horror, hideous murders and subterranean chases which gave such life to the original. It’s a big mistake to start the show with the Phantom himself; this removes all mystery about what has happened to him and ruins the sense of anticipation needed to get the audience really involved. The supposed big moment of the unmasking is also somewhat pointless- we are already aware of what lies beneath the mask. There is also a total lack of humour as embodied originally by the Opera’s owners and their pompous star acts and which served to throw the melodrama into sharp relief. Indeed, some of the scenes in the sequel merely become tedious – there is a protracted scene in the first half where the “discussion” between Christine and the Phantom seems to go on ad nauseam. As for the final scenes they are simply preposterous as individuals start acting out of character and melodrama tips over into farce; at least the denouement ensures that a sequel to this sequel is unlikely.

The show famously had multiple problems when it opened in London in 2010, even closing down for four days to have sections redirected. This filmed version comes from a production in Melbourne in 2012 after extensive surgery had been carried out and the general consensus is that this is as good as it was ever going to get. The plethora of people who worked on the book (including Frederick Forsyth and Ben Elton) still have not salvaged a coherent and consistent storyline, at least two of the characters (Raoul and Meg) have undergone deep personality changes which are only fleetingly explored and removing the whole scenario from an opera house where high passions reign to relocate in a tacky carnival atmosphere simply cheapens proceedings.

While the book is just nonsense and many of the lyrics (mostly Glenn Slater) are trite and repetitive there are still flashes of brilliance in the score, but these are few and far between. In the main there are too many songs that are in the same vein or are so wildly out of kilter with the general tenor (the burlesque song “Bathing Beauty”, for instance) that the music starts to become as incoherent as other aspects. Honourable exceptions are the excitingly done “The Beauty Underneath” and the title song which recalls the richness of the original. Talking of which there are various musical reference made to Phantom 1. I’m not sure these are wise because they merely serve to remind the audience of  how good the original was. 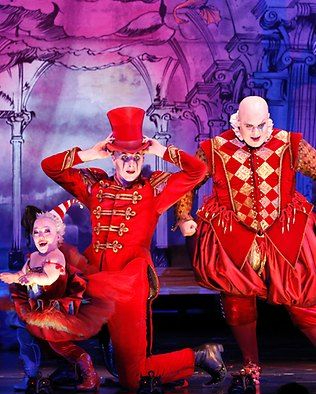 It would have been good to see the original stage stars (and the key performers in the Albert Hall Phantom) Ramin Karimloo and Sierra Boggess reprise their roles and see how they carried through the characters. As it is, this is left to Ben Lewis and Anna O’Byrne who do a good job but are hampered by the material; however, there are chills as O’Byrne delivers the “big moment” song. In this sequel Raoul is little more than a cipher and certainly not the dashing hero; Simon Gleeson does what he can with the part, but it’s not much. Jack Lyall is sweet faced and voiced as Gustave and is one of the few who really rises to the occasion. I didn’t know what to make of Emma J. Hawkins, Paul Tabone and Dean Vince as Fleck, Squelch and Gangle who looked suitably bizarre but, by and large, seemed to be superfluous to the action and are there for what passed as some rather Un-PC light relief. They seem to have drawn their inspiration from some of the villain’s sidekick characters of which Disney is so fond (e.g. the hyenas in The Lion King). For my money a little more production time should have been spent on characterisation and a little less on spectacle – though this, to be fair, did provide visual interest. 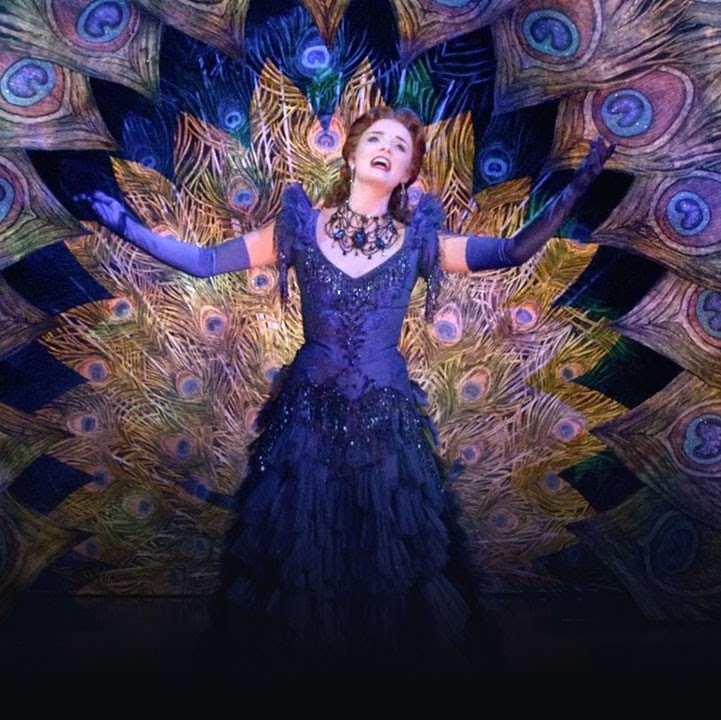 While I’m glad to have caught up with Love Never Dies, a viewing of it so close after rewatching Phantom Of The Opera was probably not a good move. I can’t imagine wanting to come back to this after 35 years as it simply doesn’t have the substance, weight or memorability factor of the original. It is, if you’ll excuse the desperate pun, all a little bit one note.