The Original Theatre Company have been at the cutting edge of getting their material online throughout the last few months and have already risen to the challenge of bringing us the trenches of the First World War in their acclaimed production of Birdsong. Their latest mission is to “boldly go” where none have gone before and take us into outer space. Apollo 13: The Dark Side Of the Moon by Torben Betts tells the story of the near fatal moonshot which took place 50 years ago but does so with a contemporary resonance that means this is so much more than a documentary. 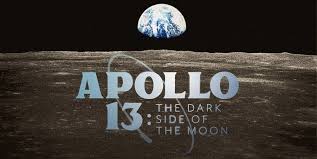 True, at first the play seems to be a straightforward account as Lovell and Haise, two of the aging astronauts (the third, Swigert, has succumbed to cancer) meet up in 2020 to replay the events and reminisce about what really went on. And so, we repeatedly cut back to 1970 to watch their experiences unfolding through lift off, module separation and their fantastic views of the earth and moon. Much of this is done through a televised broadcast being beamed back to earth although it is evident that the trio have little faith that anyone is actually watching. The initial thrill of lunar travel has diminished in the public eye as civil rights issues, the Vietnam War and the fact that Paul McCartney has left The Beatles have come to dominate. Little do they suspect that the jeopardy they are heading into is about to reignite public interest and create a real human interest story. 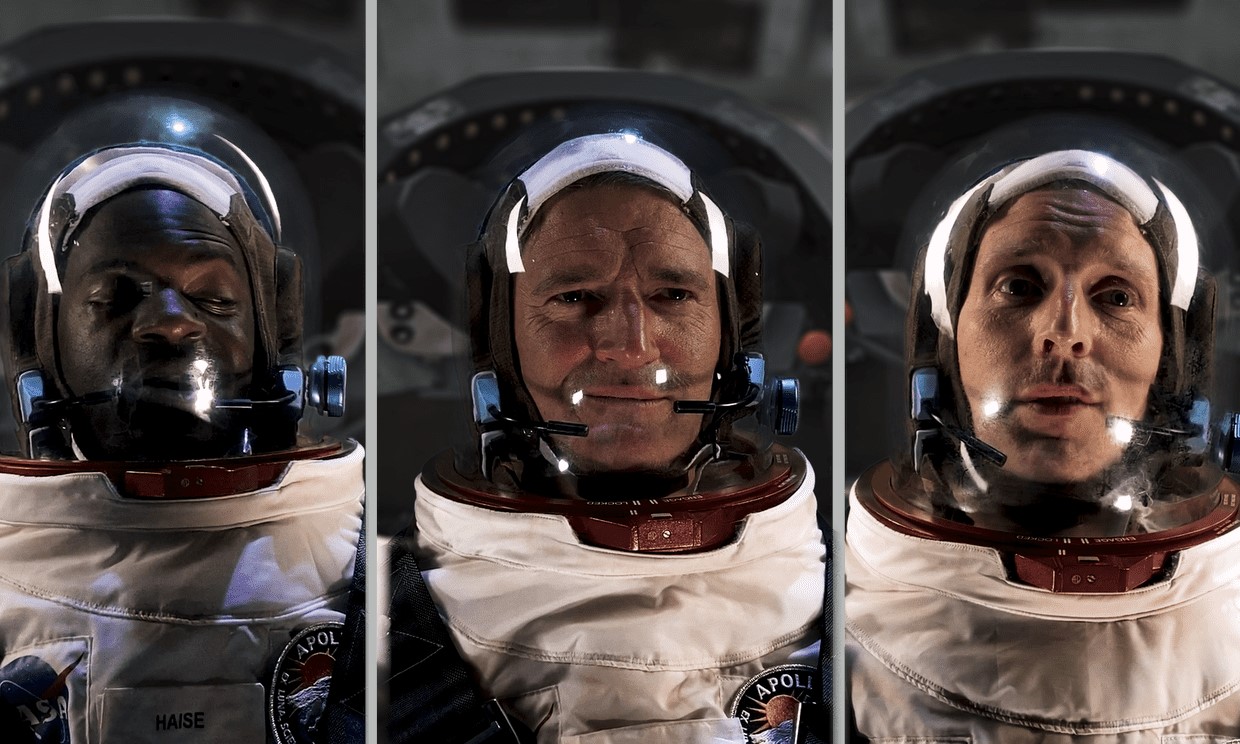 Just as I was beginning to think that all of this had already been well documented through television and the Tom Hanks’ Hollywood film, Betts’ script took an unexpected turn. The researcher (Poppy Roe) interviewing the older astronauts (Philip Franks and Geoff Aymer) is particularly keen to probe what happened during the loss of communications as the spacecraft travelled round the dark side of the moon. There is a tight-lipped response, but Betts then takes us back to the lunar module for what turns out to be the real purpose of the play. For the writer has two of the men get into a heated debate about American racism down the ages and it becomes instantly clear that the piece is being used as an extended metaphor for what is still going on in 2020. Here, suddenly, is the real personal drama. Now in order to make this work, Betts has reimagined the character of Haise as African American. While this seems a trifle forced the debate between Haise and Swigert (with Lovell trying to play peacemaker) is thoroughly engrossing and lifts the play above the routine and as this is a play rather than a documentary the conceit becomes excusable. 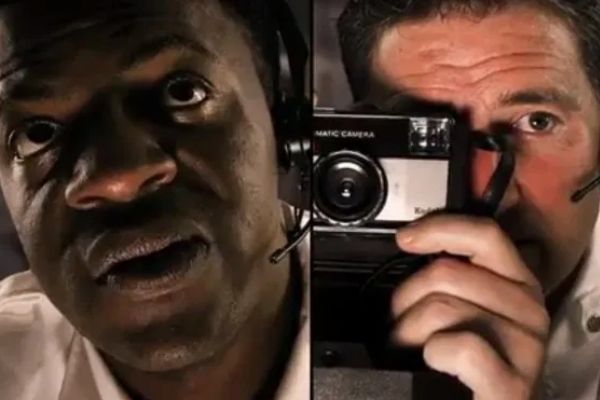 The switches between the older and younger versions of the men are convincingly done and the three key actors Tom Chambers, Michael Salami and Christopher Hill provide rock solid performances. Chambers probably has the most difficult job playing the increasingly dislikeable Swigert but does so through subtlety and nuance rather than outright villainy. Although we only hear her, the voice of Jenna Augen as the communications officer at Houston is a soothing presence.

It is easy to forget that the three key actors were not even in the same room when the play was recorded, and much credit goes to Tristan Shepherd for his masterly editing of the material. The green screen backdrops and spacesuits of designer David Woodhead seem totally authentic and left me wondering how the latter had been sourced. The sound design of Dominic Bilkey is particularly impressive. The play is stunningly realised in the expert direction of Alastair Whatley and Charlotte Peters. Indeed, the whole creative and production team can be rightly proud of a superb job which really pushes at the frontiers of online drama. It will be interesting to see where OTC takes us next.

One thought on “Apollo 13: The Dark Side Of The Moon (Online review)”