Following my first delve into Shakespeare’s histories last week with King John and Richard II it was time to move on to the next (historically) in the sequence Henry IV, Part 1. There are a number of versions of the play currently online. The Globe website has a production with Roger Allam and Jamie Parker and Harriet Walter appears in an all-female version on a couple of the streaming services (more details here). After due consideration I decided to opt for the Royal Shakespeare Company production from 2014 – partly because the RSC can always be relied upon to put on a good show but mainly because it provided an opportunity to see Antony Sher give his Sir John Falstaff. 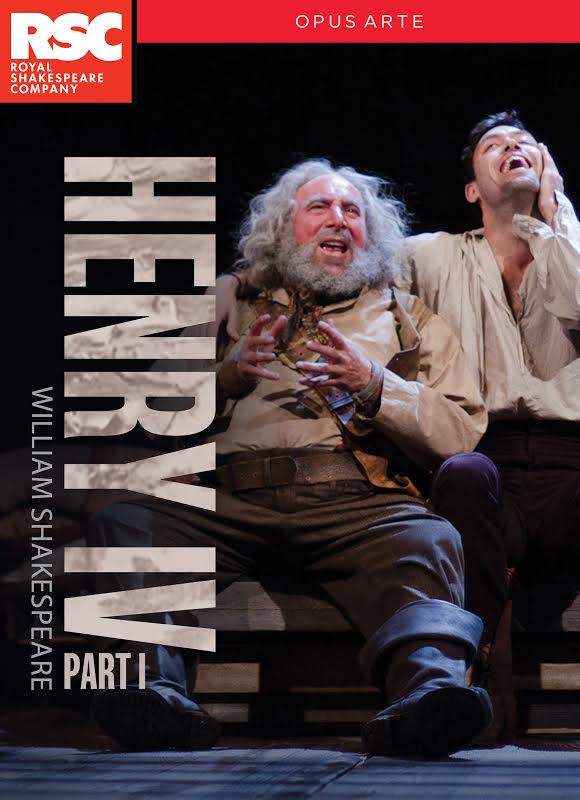 Whatever the play may be called, the star role is inevitably the fat knight – he is one of the most complex and dynamic characters in the whole canon and across this play and its sequel he runs through the whole gamut of emotions. What strikes in this production is just how mercenary the old sponger is. Far from the jolly figure sometimes portrayed, he is completely cynical, treats everyone very badly (especially the women) and is certainly looking out for number one – any modern parallels are probably less than coincidental. However, Sher paints a veneer of good humour and bombast over this; indeed, his very first entrance gets a huge laugh. But it’s all a mask of course and one that isn’t so difficult to see through. The scene where he offers up his men as cannon fodder is made all the more shocking by having them silently file past at the back of the stage like a parade of the already dead. However, Sher can, of course, do the comedy as well as the serious stuff and has great fun in the scene where he mimics the king in the tavern improvisation. There is little doubt that this rounded performance (in all senses) is one of major importance.

The other key character is Prince Hal (eventually destined to become Henry V) played here by Alex Hassell. While I didn’t love this performance, it was solid enough and will probably grow on me as the series progresses. For now, it seemed much the same as any other performance of the role I have seen and didn’t seem particularly original. On the opposite side of the coin, Trevor White as Hal’s nemesis Hotspur gives a feisty account of the hot-headed warrior impatient with everybody and everything including his wife. His inability or unwillingness to listen ultimately proves fatal and the suggestion that he is on the autistic spectrum makes sense of some of his reactions. When he and Hal meet on the battlefield there is a properly exhilarating fight scene which could clearly go either way – that it goes Hal’s is testament to the character’s more even approach to life. Jasper Britton’s few scenes as Henry IV aren’t particularly exciting but with Shakespeare evidently being far more interested in some of his other characters that is hardly surprising. Joshua Richards provides some good contrast, doubling as Glendower and Bardolph and I look forward to seeing what he does with the latter in Part Two. Beyond this, there is the usual estimable RSC ensemble which brings conviction to all that it does. 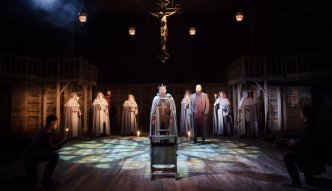 If you had never seen this play before, this version would make an excellent starting point as it is what I would recognise as a solid RSC production. The narrative is kept clear and uncluttered and the diction and delivery of the actors is, as expected, of the highest quality. Greg Doran’s excellent direction keeps the transitions between the court, the battlefield and the tavern scenes flowing smoothly and this is aided by the designs of Stephen Brimson Lewis and Tim Mitchell’s evocative lighting. Indeed, the latter is probably the lynch pin to helping the understanding of the play which encompasses all walks of life and situations. Again, all this is more fully developed in Part Two; indeed it seems slightly odd reviewing this play as a separate entity and so let’s hurry forward to the sequel where Shakespeare continues to address life at all levels of society; probably why today this particular pair of plays is considered one of his greatest pieces of sustained writing.