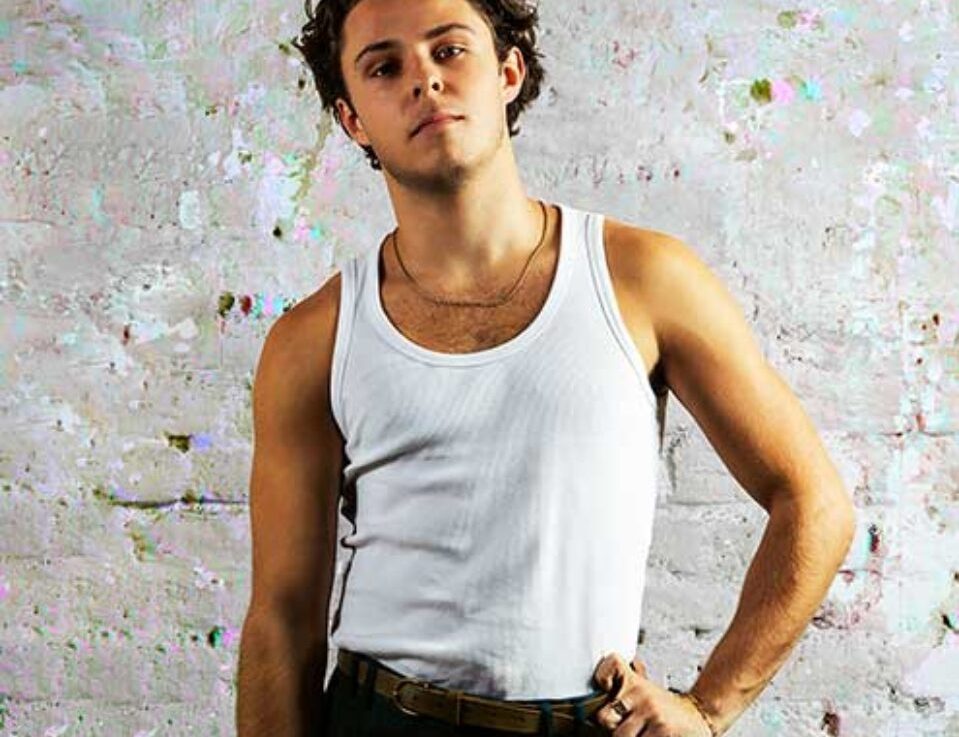 I am constantly thrilled by the power of theatre to surprise; such a surprise happened yesterday when I watched The Poltergeist by Philip Ridley being livestreamed from Southwark Playhouse by theatre company Tramp. Ridley’s previous play, The Beast Of Blue Yonder, was due to be premiered by the same company at the same venue back in the spring but was clobbered by the first coronavirus lockdown. This new play could have gone the same way as it was conceived and rehearsed as a live event; how cruel that lightning should strike twice when production was so imminent. However, it being a monologue it was deemed safe to perform it without an audience and I, for one, am glad that they did. Now, usually I like to mull over a piece of drama for a while before coming to a conclusion but in this instance I felt so absolutely sure of my reaction that within seconds of the piece concluding I found myself tweeting just the one word  #PHENOMENAL. And twelve hours later I stand by that reaction.

At the tender age of 15, Sasha had been a sensation in artistic circles with the world at his feet; some years later he is working in a stationery shop and, as far as creating art is concerned, has become stationary. What has happened in between is the backbone of Ridley’s play as his central character together with Liverpudlian partner Chet attend Sasha’s niece’s 5th birthday party and ghosts of the past are stirred up to haunt this very angry young man. How and why he downed his pencils, brushes and other artistic tools slowly becomes clear as Sasha interacts with family members he hates and their guests whom he loathes. Chet tries to keep the peace but it is soon evident that Sasha is unravelling fast. While it may be Monet’s waterlilies on the surface, underneath it is all Damien Hirst’s sharks. Twice Sasha is left on his own in his brother’s house and twice he commits random acts of destruction or simply throws household items around simply out of a malicious desire to create chaos for others. The poltergeist in this scenario is all too tangible although its rationale remains largely inexplicable.

Ridley’s writing in this piece picks up from the sort of work he was doing earlier in the year with The Beast Will Rise series and although this play is somewhat longer it could quite easily have formed a part of that package of work. The dialogue is simply begging to be spoken and beyond Sasha and Chet he has created a whole string of other party attendees who jump straight off the page/stage at you; the more outwardly successful older brother, the cliché spouting sister-in-law, the cloying neighbour who remembers Sasha as a little boy – all these are finely and economically sketched by Ridley’s pen. Of course, as we see them all through Sasha’s jaundiced vision they are not particularly likeable or sympathetic – even the ever patient Chet starts to cloy and the audience sympathy is turned towards his protagonist. This is no mean feat as he is, at base, thoroughly unlikeable.

That we are prepared to listen to him at all is down to the thoroughly mesmeric performance of Joseph Potter who is absolutely stunning in the main role and, indeed, in all the roles as he plays Sasha’s version of the various other people in the story he is narrating. He does this with apparently supreme ease, flipping from one to another, often in mid-sentence, using an impressive vocal range and shifts of body language so that we never lose track of who is who at any point. And if that isn’t enough, we are also presented with the young man’s internal monologue breaking in repeatedly as we get to hear what he really thinks of the situation he is in. Enabled by the fluidly clever direction of Wiebke Green, Potter fizzes with energy and gives a dazzling display of theatrical pyrotechnics such as I haven’t seen in a long time. I only wish I could have seen it done live. 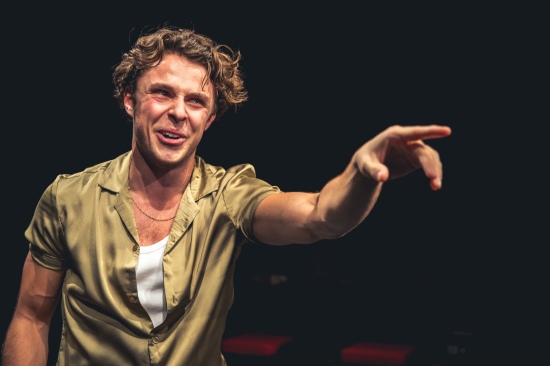 I fervently hope Tramp and Southwark Playhouse can find some way to get this production to the attention of more people. It’s a crying shame that there were only three performances as this is one of Ridley’s best plays so far and thoroughly deserves a wider audience. As does Joseph Potter’s performance. I first saw him as a final year Guildhall student in Ridley’s Mercury Fur and again just recently giving a memorable performance in Star. This was Ridley again and it would seem that this gifted actor has a particular affinity for the writer’s work. I would be fascinated to see him doing something by somebody else in order to be assured that he has the range which I suspect is rapidly forming. Quite rarely one gets to see an exciting performer take some of their first steps towards a glittering theatrical career and I’d be prepared to wager that this is the case here. The last time I recall feeling like this was being bowled over by a  young Ben Wishaw in Trevor Nunn’s production of Hamlet – and look what’s happened to him. I don’t normally give star ratings but in this case I’ll make an honourable exception – 6*out of 5!

10 thoughts on “The Poltergeist (Online review)”