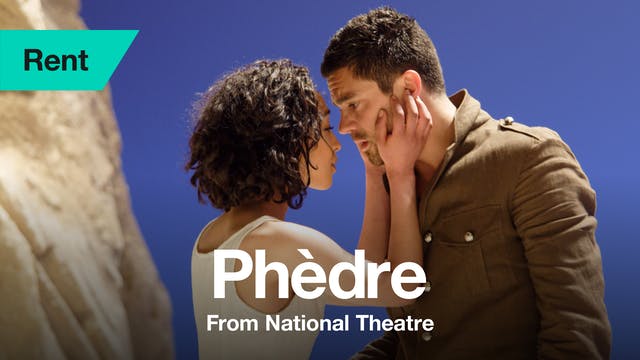 For those of us busy watching online drama content, the welcome news came this week that that the National Theatre has launched its much anticipated streaming service National Theatre At Home. Always pioneers in this particular field, this follows the 16 week spring/summer broadcasts during the first lockdown which presumably revealed that there is an appetite for this sort of service. Of course, those were free and this is now a rental or subscription but with high quality such as this who’s going to complain? And as there will be world wide access it will give a much needed cash injection to the organisation.

Back in 2009, NT Live presented its very first live streamed production on cinema screens. This was Racine’s Phèdre and as it was among the first tranche of the current offerings on the new service (there are eleven different productions in all) this seemed an appropriate choice to test out the new system. Given that it was NT Live’s first experiment with live broadcasting the results are remarkably smooth and the quality of the filming is high. It’s difficult to know who to credit for what with these type of film captures. Nicholas Hytner directs the stage version with a firm sense of purpose as the tragedy moves towards its inevitable conclusion but it’s screen director Robin Lough who literally calls the shots as to what we are watching. The lighting of the piece is magnificent with bright sunshine, deep shadow and a sky that melts into twilight; how much of that experience is due to Paule Constable’s original design and how much to broadcast lighting director Bernie Davis? Presumably there has to be a good deal of collaboration between all parties. Rather easier to credit appropriately is the hugely solid building created by Bob Crowley which has apparently been carved out of the very rocks of Troezen. It’s the second time in a week I’ve been treated to a Crowley set (see also the rather different in tone An American In Paris) and it is, definitely, a treat. 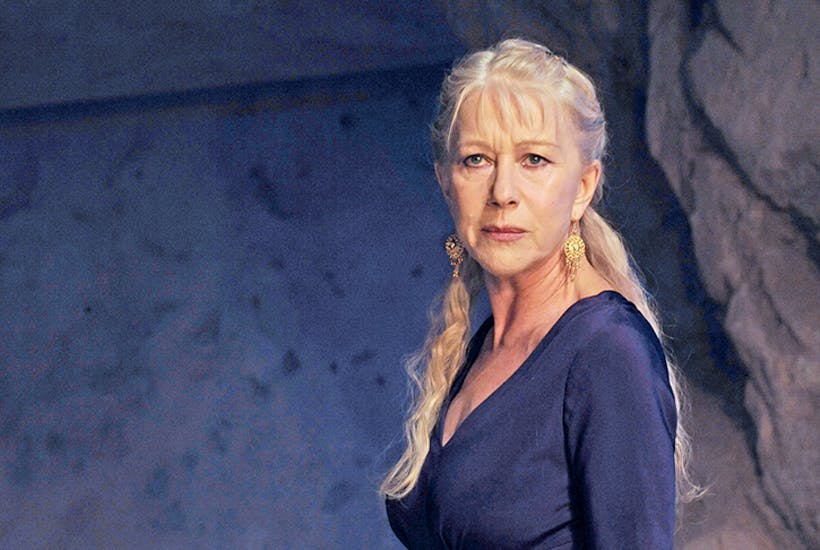 Phèdre is an out and out tragedy written in 1677 but clearly taking its cue from classical Greek drama. This version has been adapted by poet Ted Hughes using a typically muscular approach to the text which makes the unfolding of the inevitable events mercifully clear. Phèdre’s fatal flaw is to have conceived a passion for her young stepson Hippolytus but he does not reciprocate being attracted himself to Aricia, a liaison which has been banned by his father, Theseus.  The premature announcement of the latter’s death temporarily means that both Phèdre and Hippolytus see an opportunity to pursue the objects of their desires but when the husband/father returns events quickly unravel, especially when the invoked Gods take an interest.

The main draw (and presumably the reason that NT Live kicked off with this production in 2009) is Helen Mirren playing the title role. It’s a performance which is pretty much flawless being technically accomplished in terms of vocalisation and movement. It must have been an exhausting role to play; there is no “ease in time” as Mirren hits the ground running on her first appearance in the depths of misery driven by desires she perceives as wickedly immoral. She is well matched in the very capable performances of Stanley Townsend as Theseus and Dominic Cooper as Hippolytus. It is easy to believe that the two actors are father and son as both exude the same sense of arrogance and entitlement that is their hallmark. Townsend doesn’t make an appearance until halfway through and brings new energy to the later stages of the play; he seems to be channelling some of the aggression of the Minotaur which Theseus defeated in the labyrinth. Ruth Negga as Aricia has less to do but does it well and John Shrapnel as Théramène gives a blistering account of offstage events as the body count starts to mount. It was also rewarding to see Margaret Tyzack as Oenone back on stage in what must have been one of her final roles. The scenes with her and Mirren are particularly riveting. 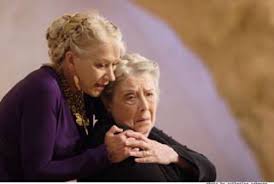 While ancient Greek tragedy, channelled through a 17th century French writer, adapted by a Yorkshire poet may not be everyone’s first choice for entertainment, the quality of this production shines through and makes it a good starting point for exploring the delights of this new streaming service. Signing up is straightforward enough, though there are quite a few screens to click through to reach your desired target and UK residents should note that the price quoted for rental does not include the appropriate tax – this is added later. If you missed the exciting concept and performances in Amadeus earlier this year this might be an equally good place to start and if you’re swayed by casting choices you can head for shows with Tom Hiddlestone (Coriolanus), Zoë Wanamaker (The Cherry Orchard), Olivia Coleman (Mosquitoes) and Billie Piper (Yerma) among others. Enjoy!