Let’s start with a riddle: when is a panto not a panto? This particular theatre genre seems to have caused more of a commotion than any other over the last six months as producers and companies have tried to work out whether their particular brand of festive fun was going to be allowed or not. Quite apart from the obvious social distancing issues which exist for any live theatre event, pantomimes by their very nature tend to be heavily based on audience interaction and science suggests that singing and shouting out loud increases the risk of spreading infection. And, of course, in Tier Three, pantomimes or not, drama is simply not allowed to proceed. Thus, although some theatres are forging ahead with their annual event (which, let’s face it helps to subsidise the rest of the year) other ingenious ways have had to be found to bring the nation’s favourite theatrical pastime to fruition. Pantomimes, like Christmas itself, seem to start up earlier and earlier and this year almost as soon as December began; so, time to do a bit of catching up. As it turns out neither of the examples I chose really fitted the traditional mould. 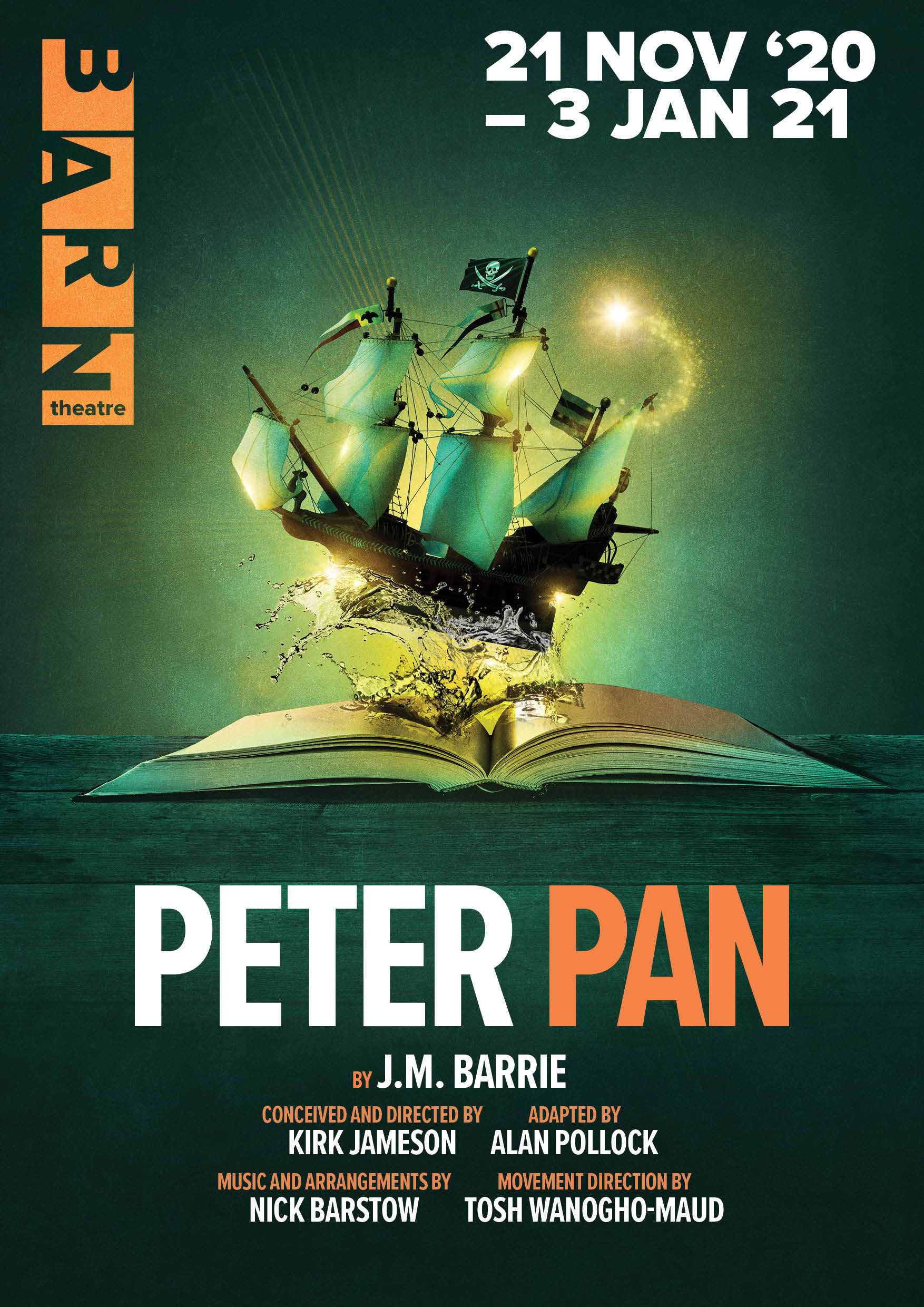 First up is a show that, although often to be found playing at this time of the year, is not always regarded as a pantomime and certainly has nothing directly Christmassy about it. Peter Pan is being performed in a one-man version at The Barn in Cirencester both live on stage and on several dates over the festive period as a stream direct from the auditorium. The one man in question is Waylon Jacobs who, as a father, finds himself in a hotel half round the world but with a promise to fulfil of telling his young daughter a bedtime story over the internet. Her favourite is the story of the boy who never grew up and so he sets about recreating the narrative in his room as she watches and listens. While this starts off simply enough – his overcoat becomes Peter’s shadow and a couple of teddy bears purchased at the airport stand in for brothers John and Michael – the strong pull of the storyline exerts its grip and increasingly takes over as the man’s imagination is freed and begins to soar.

As the inhabitants of Neverland appear, Jacobs takes on the various personas in turn, clearly differentiating each one and conjuring them up through their dialogue. A highlight is, naturally, the creation of Hook where clever use of shadows and projection bring him menacingly to life. Indeed, the use of projections, masterminded by Benjamin Collins, is a wonderfully imaginative addition to the production and really brings the more difficult to stage passages to life; the Crocodile, especially, works extremely well. Despite the bookended modern setting, the majority of the text adaptation by Alan Pollock is thankfully heavily reliant on J.M. Barrie’s original play and novelisation. However, there are a couple of modern interpolations which I’m not sure benefitted the production. Having Wendy reach for a glue gun to reattach Peter’s shadow rather than a needle and thread is presumably to avoid accusations of sexist stereotyping. More significant is making Tiger Lily and her warriors into Amazons rather than their original more awkward designation but I suppose that was probably better than cutting those sections altogether. 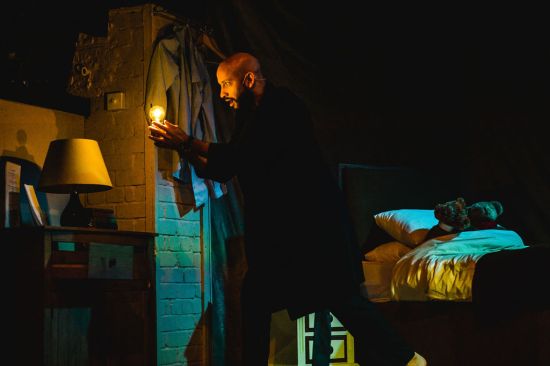 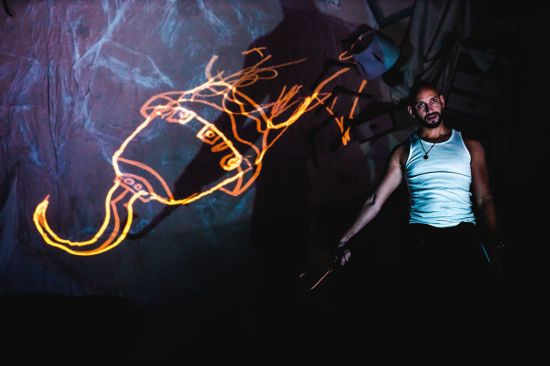 This production is captivating and somehow, in under an hour, manages to condense the whole story into a manageable package strongly directed by Kirk Jameson. Jacobs is a vivid performer who drives the story along and makes the narrative more than comprehensible even if, as a viewer, you don’t know the original that well. This is a family treat which is strong on story telling and the power of the imagination. It captures the magic of Barrie’s concept and as it is being live streamed, it also has some of the fairy dust magic which only live performance can convey.

Also live over the internet is Streaming Beauty but this time through the medium of Zoom; this one is definitely not for the youngsters and is rather more earth bound. It falls into what seems to have become a fast-growing genre in recent years, the adult pantomime and goes way beyond a bit of bawdy innuendo into the realms of the “filthy” (their own designation). There is a plot, of sorts, which twists some of the elements of the well-known children’s tale into something decidedly more adult and although there are fairies and princesses these are of the “drag” variety and are definitely not innocent. But then if you’ve opted for this type of show then you’re probably not going to be too bothered about little things like storyline and characterisation.

The highly interactive show has been structured to take groups of the audience into various “rooms” for encounters with the characters in an attempt to work out how Streaming Beauty (usually to be found performing solo shows via her webcam) has fallen into a cursed deep sleep. I didn’t think this was particularly clear and comments made between audience members seemed to bear that out. The best thing to do was go with the flow and join in with completing daft tasks and learning a suggestive dance routine for a rousing finale. It seems to be the sort of show best enjoyed with a group of friends and for those in a celebratory mood. Sitting alone in a room in my own home I’m afraid I just couldn’t summon up the appropriate enthusiasm and feeling like a bit of a party pooper switched my camera off and watched the rest of the piece like that. Judging by the general reaction, though, I was definitely in a minority. The production is from Sharp Teeth Theatre in association with Tom (Annette Curtains) Marshman and supported by the Bristol Old Vic. The company’s concurrently running Sherlock In Homes is certainly for family consumption and  has been one of my year’s highlights in the puzzle solving genre; now THAT, I can thoroughly recommend.