In June 1857 Charles Dickens had another prominent literary figure stay with him at his house, the Danish author renowned for his children’s tales Hans Christian Andersen. The two men did not get on; at least Dickens clearly despised his house guest who made all manner of strange requests and stayed far longer than he had originally indicated – and we’re talking weeks here, not hours. One thing that binds the two men together, however, is their place in the development of Christmas traditions in their respective countries. Two new productions online highlight their contributions to the stories which dominate at this time of year.

I mean, where would theatre (online or otherwise) be at this time of year without Dickens’ immortal A Christmas Carol? This is especially true this year with the Bridge Theatre’s adaptation with Simon Russell Beale, a concert style version at the Dominion Theatre led by Brian Conley, the Old Vic’s fourth iteration of Jack Thorne’s version with Andrew Lincoln and still to come an adaptation from the Jermyn Street theatre with Penelope Keith and Brian Blessed as two of the ghosts – and that’s just in London. Outside the capital there’s a one-man version at the Minack in Cornwall, the Liverpool Everyman has a version by Patrick Barlow and Leeds Playhouse is also getting in on the act (N.B. Other iterations are available). As for online there’s a plethora of British, American and Canadian productions vying for attention and if it’s comedy you’re in need of, then definitely head for the hilarious version by Spymonkey which rather perversely I saw in the middle of last summer. 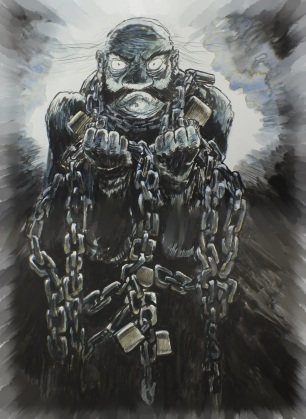 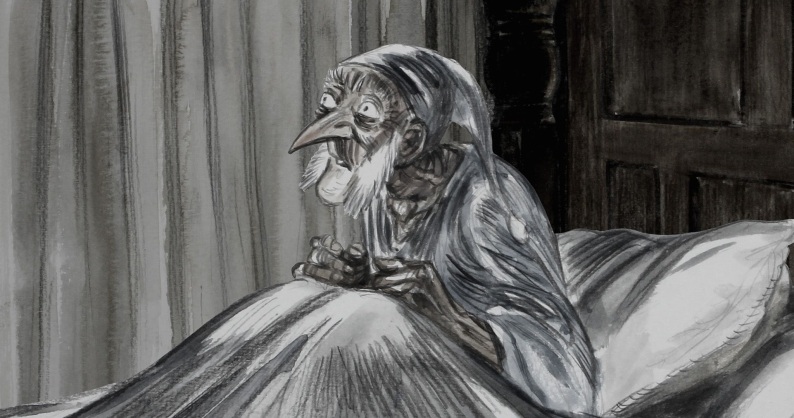 The latest account of this Dickens perennial favourite comes courtesy of the Lawrence Batley Theatre in Huddersfield. Confession time: before lockdown I had never heard of this venue, but such has been their presence in pushing forward the barriers of online theatre, they have rapidly become one of my favourite venues – even if I’ve never actually been there. They really haven’t put a foot wrong all year; following great online versions of The Understudy and Toast, they were jointly at the forefront of one of the theatrical phenomena of the year – What A Carve Up! So, it was with great expectations (see what I did there?) that I accessed this, their Christmas special. In collaboration with the appositely named Front Room Productions they have concocted an audio play with added animations which captures the spirit of the original even though Olivia Race’s adaptation (she also directs) manages to condense everything down into forty minutes. Animation and art direction are capably carried out by David Bunting and James McKay and provide a good point of focus for anyone new to the tale – if such a person exists.

In an audio presentation, of course, the voices are essential to the experience and the production has drawn together a local ensemble of forty performers who handle everything apart form the lead. This gives the piece a real community feel and to further enhance this the original has been transposed from London to Yorkshire’s West Riding . Gyles Brandreth’s distinctive voice is used for Scrooge; as he makes no attempt to use the same accent as the rest of the cast  this instantly sets him up as a man apart from his fellows and who has many lessons to learn. I’m not sure I would have accepted Brandreth as Scrooge visually but vocally he lends a degree of distinction to his reading which nicely moves from the truculent miser to the giddy philanthropist of the finale. It’s an age-old tale but its charmingly done and if it doesn’t have the theatrical clout of the venue’s earlier shows, it still finishes this fine theatre’s run in 2020 with a stylish flourish.

Also providing us with a Christmas special is the Digital Caravan Theatre group who have already kept us entertained with two sets of their online micro plays earlier in 2020. It’s just a one-off piece this time round entitled The Emperor’s New Clothes and what a total delight it turns out to be. Based on Andersen’s original children’s story, this modern day version, badged as “an unfairy tale”, contains characters and events which seem remarkably 2020. I really don’t want to give any surprises away as that is absolutely its strength. Suffice to say that the Emperor converses by waffling interspersed with baffling Latin phrases and has a penchant for buses and building bridges. When he hires a couple of swindlers…. sorry, personal advisers called Dom and Nic then you can probably see where this is going without my assistance. I particularly enjoyed the running commentary kept up by the tweeting birds and the opening pastiche which sets up and sends up the oh so cliched way of introducing stories which often precedes the tale itself.

This play is written by Olivia Mace and repays a second listen as it reveals all sorts of little details which it would be a shame to miss. The writer is joined by Valentine Hanson and Verity Arden to perform the piece with Nicola Chang contributing her usual clever soundscape for the company which really enhances the experience; Yasmeen Arden provides brisk direction. It’s remarkable how the original ideas in Andersen’s original story form such a good fit currently and turn this into a polished little gem which may make this the Digital Caravan’s best (and certainly funniest) offering yet.