Yesterday afternoon I watched Boris Johnson give a press conference all about not relaxing the temporary rules around the festive period – something which has been exercising the media for several days now as dire warnings of catastrophes and the sudden raising of the south-east’s tier level induces a certain amount of panic. That same evening I watched the Northern Comedy Theatre’s seasonal special The Ministry Of Christmas. David Spicer’s script for the latter was so topical that I think anybody could have been forgiven for confusing the two – a wonderful example of when comedy is right on and of the moment; perhaps Spicer secretly scripted them both! 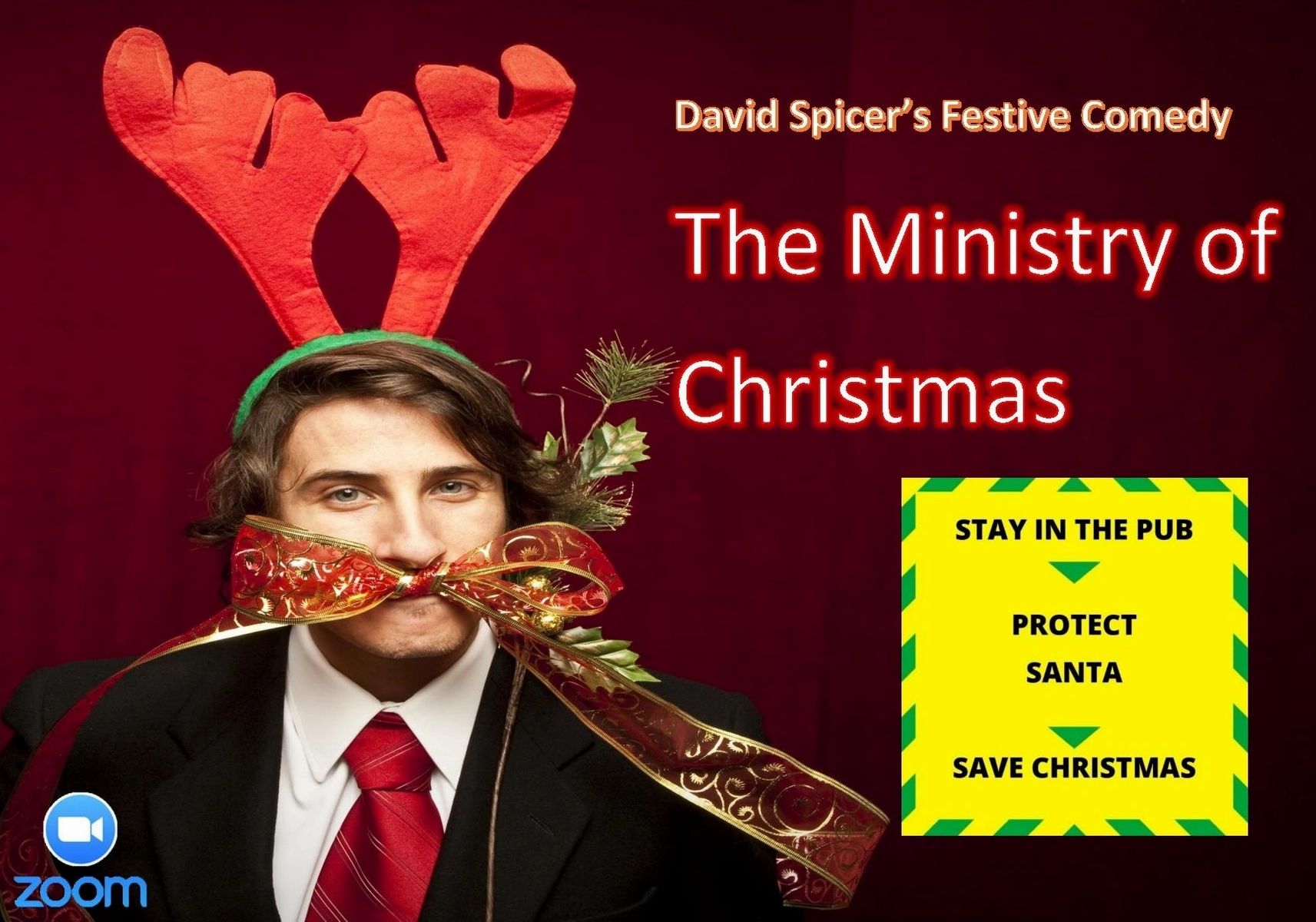 Throughout 2020 the company has carved a niche with Zoom based theatre examining how we all used the newly discovered platform to carry out some of the social interactions which normally would have been live (amateur dramatics, book clubs, quizzes, etc.) in what rapidly became a series – the Doing ….. pentalogy. Now they have Christmas in their sights, more specifically how politicians will use it to curry favour with the electorate – not that this is at the back of the real government’s minds, I’m sure. It’s a thoroughly enjoyable piece, in fact I think it’s one of their best. I found myself in awe of just how near to the truth it all got even though, I’m reliably informed by the author himself, it was written some weeks ago with some tweaks during rehearsals. 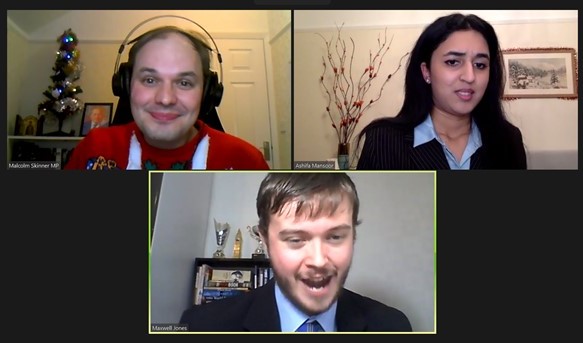 Despite the very clear warnings issued by the medics and scientists, the festive season is going ahead pandemic or no pandemic …. in case there’s any confusion, I’m now referring to the play rather than actuality. To that end, Ashifa and Maxwell, a couple of policy wonks, have been drafted in to help Minister Malcolm Skinner MP set up the PM’s new brainchild, a Ministry of Christmas. Its brief is to take back control and ensure that the season is a “stonkingly jolly” one. But as so often seems to be the case, the Minister is clueless, refuses to listen to reason or public opinion and has a narrow “gammony” focus on what he believes the public wants. And he knows people who can help him to make it happen. His brother-in-law can be given a contract to supply Christmas jumpers and, “Pervy” Purvis an old school chum will be able to distribute crackers to every household. Any similarities between this and recent events I’m sure is completely coincidental. Skinner, of course, oversells his own abilities particularly in his TV interviews, and has his advisors despairing at his ineptitude. As with most real major initiatives this year, it’s all going to go wrong … and it does in spectacular fashion. And all I’ll say about that is that I’m glad I wasn’t the one having to source the props!

Northern Comedy regular, Robert Stuart Hudson makes Skinner a Tim-Nice-But-Dim character who is carried away by his own enthusiasm for the season and finds it difficult to understand why others might feel any different. His increasing truculence when challenged over his plans makes you wonder whether it’s all for his own benefit and his enthusiastic adoption of the meaningless soundbite “Christmas means Christmas” clearly demonstrates that he has nothing more useful to say. Natasha Agarwal and Kieran Maleedy play the advisors in a style that owes much to Yes, Minister or The Thick Of It, especially in the first scene where they seek to downplay the advice given by the exasperated experts (Wendi Walker and Wendy Patterson). Another NCT regular, Kathryn Chambers, has some wonderfully judged inserts as a news reporter, especially as she deadpans her way through reading out the increasingly childish insults traded in the House by the political leaders. The added benefit of these sections is that they also break up the Zoom meetings and interviews which form the backbone of the play and therefore help to vary the structure and retain interest.

This was a livestream and there seemed to be very few technical issues; as this is the team’s seventh online show this year they have had plenty of time to get used to the way things work. One criticism that I have had in the past has been about picking up cues (which, admittedly is difficult with the inbuilt time lag) but even this seems to have improved. It ends the team’s year on a high and the rapport they have built up by constantly bringing us new material is certainly paying dividends. Guided by David Spicer’s witty scripts and Shaun Chambers’ fluent direction I look forward to what they come up with in 2021. In the meantime if you haven’t caught up with them yet, you can see their previous six shows on the Scenesaver platform and The Ministry Of Christmas is running for a few more days. Failing that you’ll just have to rely on the inhabitants of Westminster to give you a sardonic chuckle.

5 thoughts on “The Ministry Of Christmas (Online review)”