Warning: This review contains spoilers as to who appears in the casts. If you’d rather not know, then watch the videos first (link at bottom of the page) and then come back.

Letter writing itself may have fallen largely out of fashion, there now being so many other ways and means to achieve communication. That hasn’t stopped the Letters Live project from becoming something of a phenomenon. As with many a successful idea, it is simplicity itself. Find a well written letter, pair it with a reader, put several of them together and place them in front of an audience; repeat. The project has steadily amassed an archive of  short pieces and has now put some of the best together as two videos which were released over the festive period as Letters Live From The Archive. 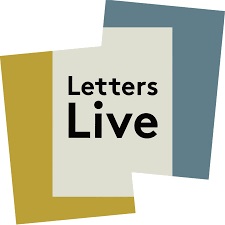 The films are structured around two London locations, the Freemasons Hall and The Union Chapel in Islington where shows have been put on in the past. These places are the only real unifying factors as the letters themselves are an eclectic selection ranging from the trivial to the profound, from the deeply personal to the eminently public, from those that are centred on life’s darker side to the fiercely comic. They range across history and geographical locales and embrace all ages, genders and social backgrounds; some are written by professional writers, but many are not. The staging is as simple as possible with actors reading from folder bound manuscripts and making use of the natural features of the venues; many of the letters in the Union Chapel section are read from the pulpit. Both sets are introduced by Jamie Byng co – producer and one of the project’s founders.

After that the audience are unaware who they are going to see and what they are going to hear so there’s often a sense of surprise as the artistes come forward….and if you wish to retain the mystery then please do not proceed any further. Among those instantly recognizable are Olivia Coleman, Tom Hiddlestone, Miriam Margolyes, Jude Law, Kylie Minogue and Clarke Peters…and that’s just the first part. In the second, among others, we see Claire Foy, Alan Carr, Sue Perkins, Adrian Edmonson, Helen McCrory and Damian Lewis. Benedict Cumberbatch pops up in both parts and he also helps in producing the shows. It is, no doubt, the promise of classy performers such as these that gives the project its fan base. Both sets end with poignant songs by, respectively, Benjamin Clementine and Nick Cave; the latter also features as one of the authors as he rejects a music prize from MTV. Other notable authors include Bernard Shaw, Elizabeth Taylor and Maya Angelou; Sue Perkins reads a letter she wrote herself to her deceased pet (more fun than it sounds). But actually, it’s the less well-known writers that really touch the emotions of the audience. Beyond the two films there are many letters written and read by viewers as part of the project’s #ReadALetter campaign which took place during the first national lockdown. 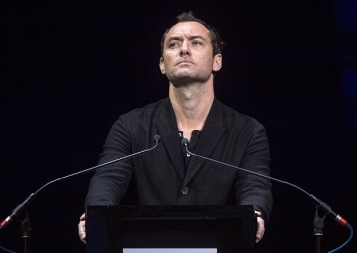 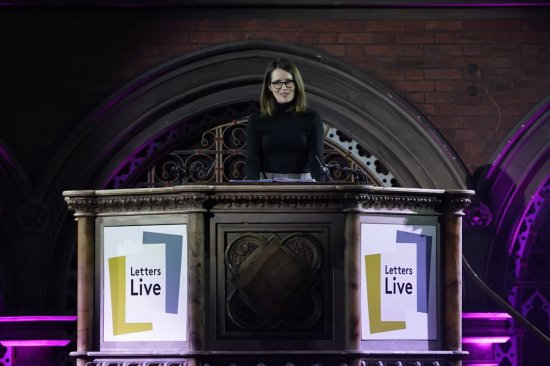 Many of the letters, even if they are not recent, focus on what have become contemporary issues; subjects such as racial and sexual discrimination, rape, war, death and artistic integrity are all examined. If this makes proceedings sound dour and forbidding, then be assured that there’s a very healthy dose of fun to be had as well. Two of the funniest pieces are letters written to insurance companies about claims delivered by Jude law and Alan Carr. The latter will also make you wince with sympathetic pain even as you laugh out loud. There are also some that are charmingly humorous and the behaviour of pets looms large . Sometimes performers pair up to give us both sides of an exchange such as when Olivia Coleman and Adrian Edmondson bring to life an historical exchange which has the former reeling off foul mouthed invective as if to the manner born. HM’s other recent famous impersonator, Claire Foy, suggests a rather unusual cure for piles which had her laughing along – never mind the audience. Generally, the pieces in the Union Chapel film are more substantial and a couple of high spots come when a father and son exchange missives about racially motivated deaths in the States and when Cumberbatch and Louise Brealey play a couple parted by war.

Unusually for a theatrical piece this is something which could easily be dipped into and out of as the mood strikes and there are a substantial number of other extracts on the site which could add to the experience; it would be easy enough to make up your own “playlist” of pieces. However, I allowed the two films to do the choosing for me and have to say that after the first few I was quite hooked. It’s a winning formula to which I intend to return. There is something essentially life affirming about the whole idea and these letters will prove an invaluable way of connecting with others as the dark times close over us once again.

Letters Live From The Archive  is available via the Letters Live You Tube channel – click here. There are also many extracts of other letters on the same channel

One thought on “Letters Live From The Archive (Online review)”