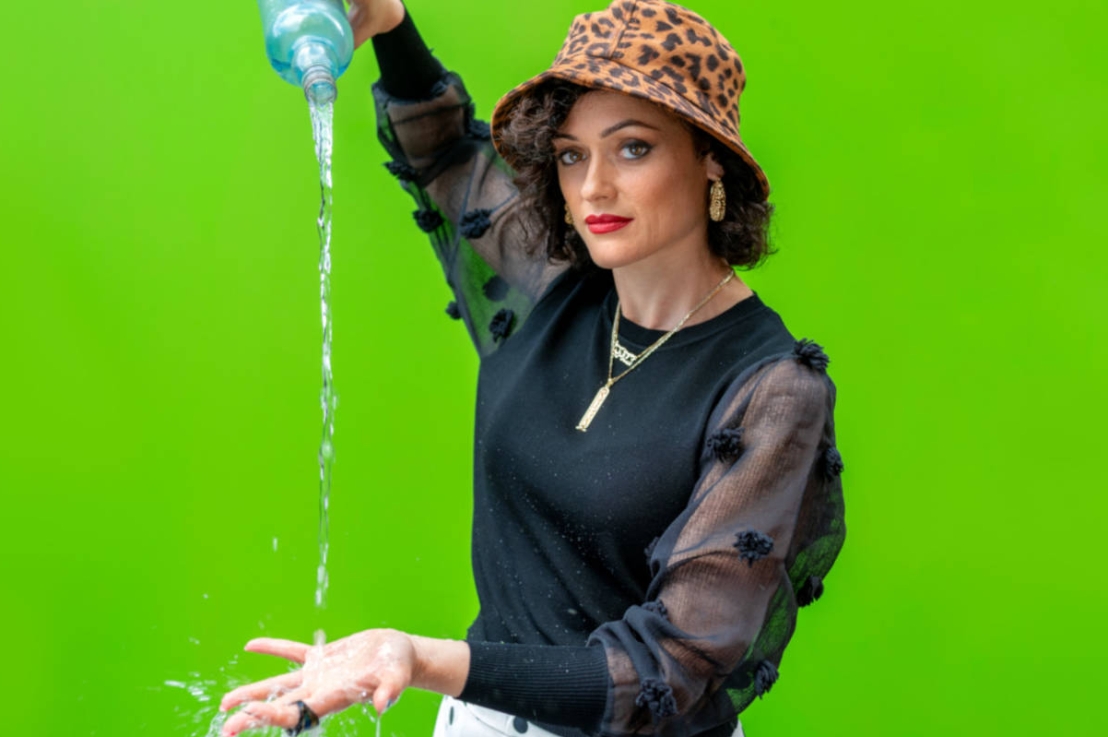 A success when it was at the Royal Court Theatre in autumn 2019, Sabrina Mahfouz’s play A History Of Water In The Middle East has recently reappeared as an audio piece on the venue’s website. It is not an easy play to categorise – indeed I’m not even sure it’s really a play, though it is certainly performance based; even its creator describes it as “a gig lecture”. It features music, poetry, monologues, duologues and all of these on the subject of an area of the world which has been used and abused by colonial powers throughout history and where conflict has too often become the norm. If I were forced to put a label on it, I think I’d opt for theatrical collage. The various elements are just that – elements – it is how they are woven together and overlap to form a bigger picture that gives the piece its rather individual identity. 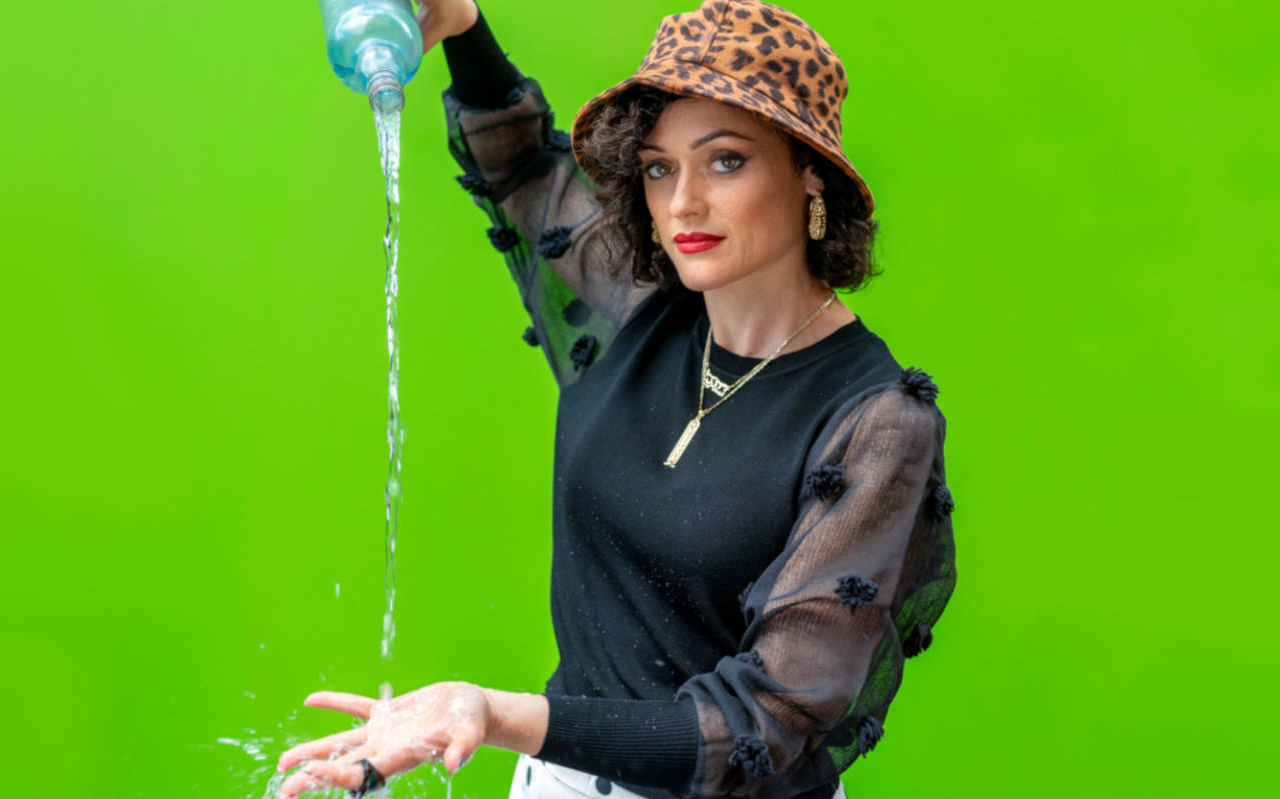 The superstructure holding these various features in place is that of a lecture about water and its place in Middle Eastern culture though that makes it sound so much drier (sorry) than it actually is. Sometimes the individual sections are poetic, sometimes they are presented in musical form(s); there’s one that recounts a Sumerian legend and another that aims entirely at humour. But make no mistake, even when comic elements kick in, the presiding tone of the play is one of anger. As some of the statistics about death and abuse demonstrate there is every reason for it to be so. Despite the natural resource of the title, it’s really all about oil and the west’s scramble to get hold of and keep it. The performers roam around various countries in northern Africa and eastern Asia highlighting how, time and again, decisions about the nations there have been carried out without careful consideration of the ramifications and certainly with no degree of consultation or involvement of the people living in them. Controlling the flow of oil has inevitably led to control of rivers (so often significant borders), lakes, the seashore and perhaps most tellingly the Suez Canal. Here we are given a potted history of the latter as a karaoke performance of Neil Diamond’s “Sweet Caroline” with appropriately rewritten lyrics.

Weaving in and out of this necessarily truncated account is another, about Mahfouz’s own attempts to get a job in a government department (as a spy??). Her interview for the position reveals rather more about the questioner and the people who he is working for than it does the interviewee. These sections are the closest the piece comes to having a naturalistic theatrical element to them and, in many ways, I found them the most engaging as they set in context the whole of the “bigger picture” story which was being told. David Mumeni as the interviewer takes an appropriately superior tone as he interviews Mahfouz as herself. For most of the performance the writer is joined by Laura Hanna for presenting duties. Hanna also provides an hilarious turn as an operatic Jordanian plumber who comments on how seemingly innocuous phrases like “Pass the spanner” can reveal inappropriate attitudes to race and gender. The quartet of performers is completed by multi-instrumentalist and composer Kareem Samara. More or less the whole performance is underscored which, truth to tell, I found somewhat distracting though I’m sure this will have worked better when the visual element was present. It certainly helped with the atmosphere and mood but too often I found it was voices competing against music and sometimes I really just wanted to concentrate on the former. 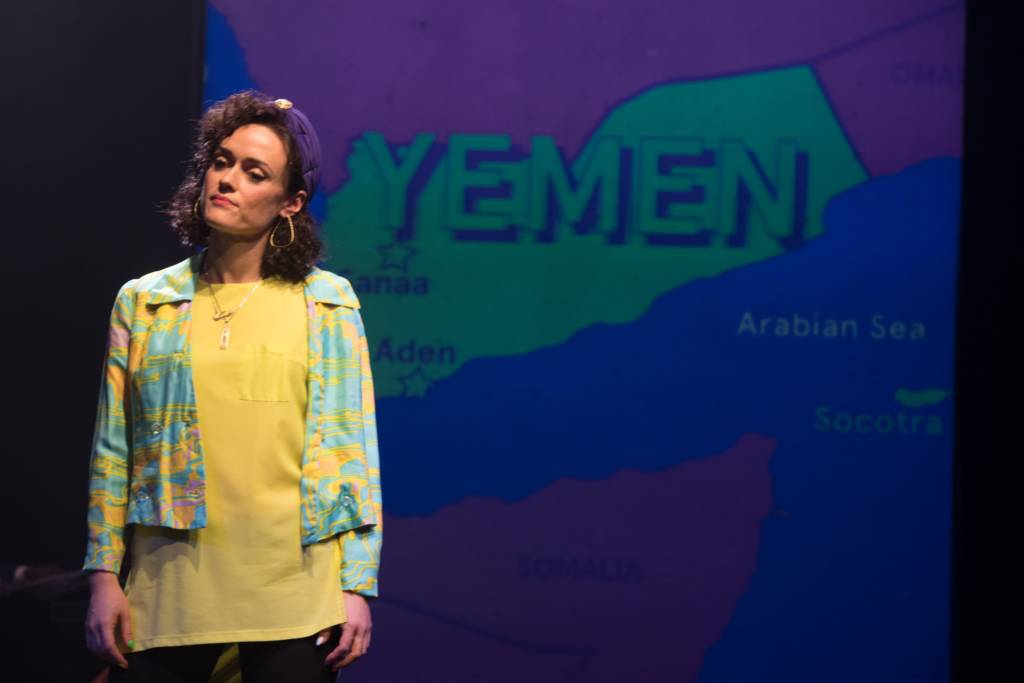 A History Of Water In The Middle East is an entertaining if slightly quirky production which comes across well enough in an audio dimension and certainly gives food for thought. It forces a rethink on things which you thought you knew about by  juxtaposing chilling facts with thoughtful ruminations about how they came to pass. The piece highlights an ages old and still ongoing tale of colonialism and gives an entirely new slant to this exploration of “landscape, lies and legacies”.