Everyday brings a new set of statistics – the  number of recorded infections, the number of hospitalisations, the number of deaths and this has recently been joined by the daily number of vaccinations administered. Another health statistic which has caused alarm is increased addiction rates which if, for no other reason, may start to add an extra burden on an already overstretched health service. A survey by the alcohol charity We Are With You estimated that 51% of people over 50 may be consuming alcohol at a level that could damage their health. Two recently released online plays which examine the effects of over dependence make for an interesting point of comparison. 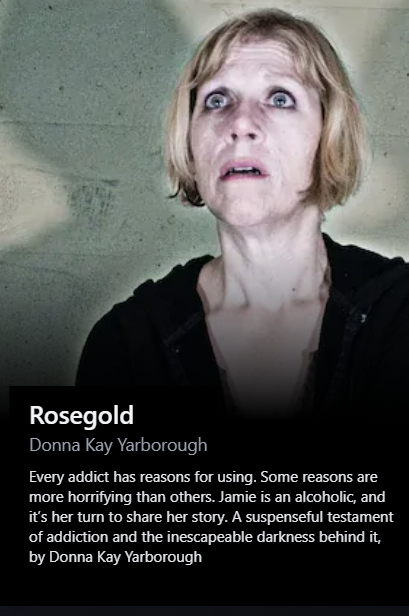 Rosegold takes the form of an online AA meeting where Jamie finally decides the time has come to reveal her story. When she does so it is not quite the one which might be expected. True enough she comes from a family where one of the parents is addicted and she ultimately follows in his footsteps. For most of her young life she has resisted the blandishments of alcohol under the twin duress of seeing her father regularly drunk and her mother berating him for that fact. But then one night she and a group of colleagues decide to go on a camping expedition after which things are never quite the same. The big change in her attitude is all the result of a terrifying incident which takes place in the forest late at night. Suddenly a somewhat predictable tale about the onset of addiction becomes a modern horror story with a paranormal element. 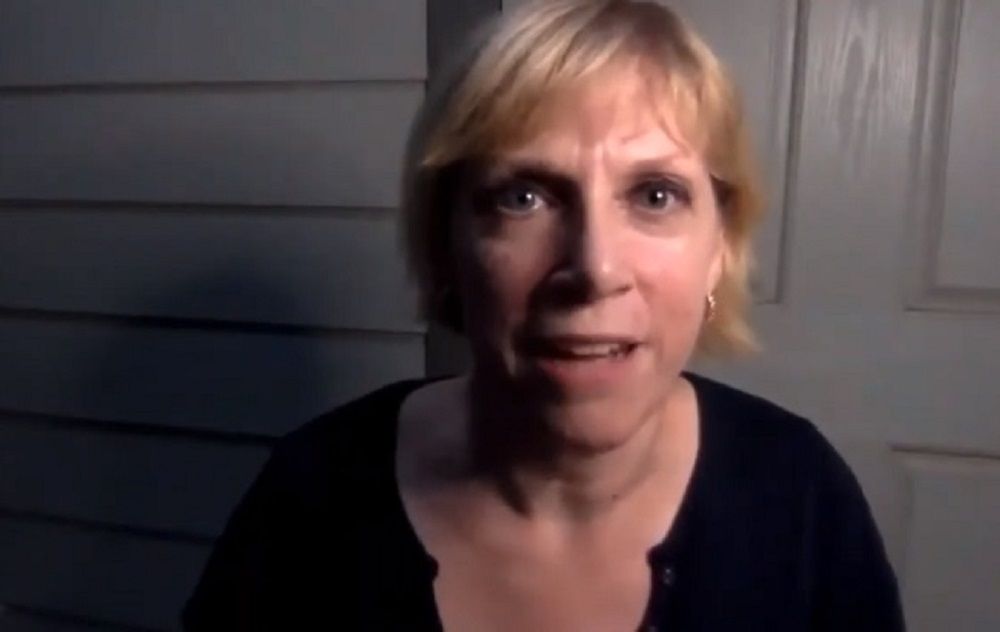 Donna Kay Yarborough both writes and performs as Jamie and holds the attention despite very simple staging and camerawork. She has a canny knack of telling a tale which both draws you in and repulses in equal measure and the sense of horror becomes palpable, enhanced by some telling sensory detail. This is particularly true of the colours enshrined in the title, though not wishing to give the game away I can say no more here. As Jamie tells her story, Yarborough becomes increasingly haggard and distraught (understandably) and does so without recourse to make up or lighting changes – she is clearly in full command of her material and gives a mesmerising performance. Although probably far removed from anything that could happen in the UK, this American tale may send you to bed with the horrors – both of the unknown which is in the darkness and that which constitutes addiction.

Good Enough is also an American story which features substance abuse. Ted McGrath looks at the key moments in his life and examines how he came to be insecure enough to want to fuel himself on a diet of drink and drugs and how this nearly ruined his life and that of those around him. Sustained on a diet of arrogance, anger and (unrecognised) self-dislike, McGrath describes how he became a very successful businessman but couldn’t get rid of the empty feeling inside himself. After a near fatal overdose, he discovers a new way of living and wants to share that with us all. The revelation that everything followed from a simple mishearing of something his father had supposedly said doesn’t quite excuse the bad behaviour which resulted but, at least, provides a clue to where things started to go wrong. McGrath plays a range of characters with appropriate gusto and along the way there are some moments of high humour, though there’s a nagging feeling that you really shouldn’t be laughing.

After watching I thought I’d look up McGrath’s CV. I wasn’t surprised to discover that he is foremost a motivational speaker. His website states that “he is on a mission to combine the impact of the Entertainment Industry and the Transformation Industry, to unite the two most powerful industries and influencers on the planet for the greater good”. A bold claim and possibly one that he is achieving through this show. However, the demarcation between motivational speaking and acting in a play is blurred in this production and, especially towards the end of the piece, there are a number of motivational messages which seem rather trite. I was also left with the feeling that what I had seen was nothing so much as a glorified advertisement for his “Message To Millions” programme.

Whether it be drink, drugs, food, the TV, exercise (please feel free to add your own), addiction is a terrible modern curse to which we are all prone in one way or another, particularly at this difficult time. Exploring difficult topics like this through drama can be cathartic and can also hoist warning flags so Yarborough and McGrath are to be applauded for putting these pieces online. However, the outcomes are rather mixed, and I certainly know which of the two I found the more convincing and had the stronger impact. Perhaps, from an artistic point of view, the second title might have been followed with a question mark.