An OnComm Awards Catch Up

One of the OnComm award categories is labelled “Innovative”. Little did anyone last March expect that a substantial amount of the theatrical material produced would have to reach its public online and, in that sense, everything since has fallen into this particular grouping. So, the category winner is going to be something that takes things just one stage further. I’d already seen two of the four nominees but, as the other two are still online, this made life easier to do a complete sweep. 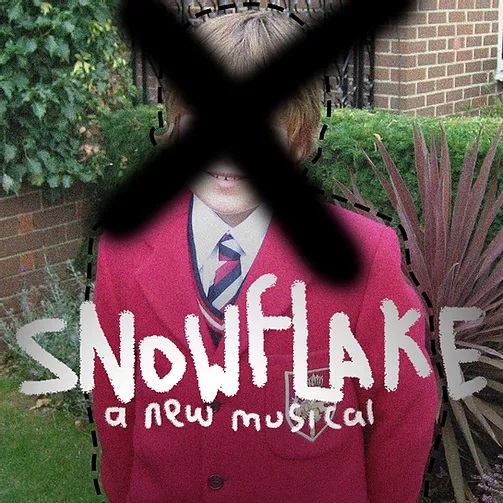 Given that around midday the snow was coming down quite hard, it seemed appropriate to head for a short piece called Snowflake: A Visual EP except it didn’t turn out to be that type of snowflake. Rather it was a use of the often repeated pejorative term used to describe young people who have an inflated sense of their own uniqueness and entitlement and do not wish their own opinions to be challenged in any way. This short mini musical is a satirical look at some (perceived) aspects of the snowflake lifestyle. In essence it’s a trailer for a fuller musical still in development and is presented as four songs written, and in two cases performed by, Lewis Cornay. He is clearly a talented young artist both in terms of composition and singing and delivers some witty lyrics set to pleasant tunes.

I loved the first song “The Legend Of The Avocado” which suggests that if young people spent less time and money chasing down the ubiquitous green fruit then they might have more fulfilling lives. I laughed a lot and in Matt Powell’s clever direction there was soon a whole montage of performers giving the song their all. “I Don’t Feel Like Me Anymore” is a sharp dissection of body politics and “Comfortably In Love” examines some facets of the gay lifestyle. Cornay and Powell have used recent drama graduates to perform these pieces. Finally, Cornay himself returns for what seems to be the most personal song “Catch Up” where he reflects on life back at his old school. There isn’t a real narrative or a sense of developing characters at this point in development but that isn’t what this EP’s release is all about. The use of the term EP may be a bit confusing and if you are unaware it stands for Extended Player. These were a thing in the 1960s and referred to a record disc which was a substantial taster for a pop act’s longer album. And that is just what this is – clever!

Truth To Power Café could not have been more different in terms of style and content. This online version is actually part of a project which has been running for some time in which Jeremy Goldstein first tells us about his understanding of how power has affected his personal relationships, specifically with his father. The piece (like its predecessor above it really isn’t a conventional play) has been conceived and written by Goldstein with Henry Woolf. The latter, now in his nineties, was an associate of both the performer’s father and Harold Pinter; along with three other “members” they formed a circle known as the Hackney Gang who debated the arts, politics and power coming down firmly on the side of the disenfranchised and politically unheard. It is their philosophy which sits at the heart of this current performance.

In a twenty minute opening section which includes poetry and song, we hear about Goldstein’s troubled relationship with his father who withheld his approval and whose reaction to his son’s announcement that he was HIV+ could hardly be classed as supportive.  Then we hear from virtual audience members on how they perceive power, and they range across topics covering race, gender, capitalism and politics. These are, of course, genuine voices and you can add to them yourself by leaving a video answering the key question “who has power over you, and what would you say to them?” Although this vox pox section is central it is evident that some choice has had to be made for the purposes of the video as to who gets to speak and who doesn’t. This slightly negates the overall message; perhaps a way could be found to randomise the responses rather more, so that any playback of the video would contain different messages – as would be the case in a live performance. Finally, Goldstein returns to poetically reflect upon proceedings. Essentially it is soap box theatre and shouldn’t work but somehow it does, especially as this version has a stimulating visual dimension to it through its use of video.

Two quite radically different pieces of theatre then, one at the start of the creative process and the other a new iteration of something that has developed as it has played out across the years. I can quite honestly say that I probably haven’t experienced the like before – but then that’s probably only to be expected as they are both in the OnComm category for innovation. Good luck to both for the Awards ceremony on February 21st which will be held online.

Snowflake: A Visual EP is available on You Tube – click here

A full list of OnComm finalists can be found here