I’ve been gradually working my way through the Druid Theatre’s online collection of plays by J.M.Synge and, mostly, enjoying the experience of seeing a repertory company tackling the whole of the playwright’s output. Admittedly this isn’t large and one of the plays – The Tinker’s Wedding – doesn’t seem to have made it onto video (shame) and so I have reached the last in the series. Incomplete at the time of his premature death from Hodgkin’s disease at the age of 37, this is the mysterious Deidre Of The Sorrows which in some quarters is regarded as Synge’s unfinished masterpiece.

Well, not to me, I’m afraid. I don’t know whether it was the influence of W.B. Yeats, who together with actress Molly Allgood finished Synge’s work, but I found it obscure and at times baffling with language which needs to be studied on the page rather than listened to being intoned by the actors. Perhaps it also has to do with the fact that the Celtic legend(s) on which the play is based is not something that I had ever come across before. True the narrative is mainly straightforward enough. The young and beautiful Deirdre is promised to the aging Conchubor, king of High Ulster but she wants to remain a free spirit. She instead marries Naisi – so much for being a free spirit – and spends seven years with him and his brothers in a remote area of Scotland. But Conchubor isn’t going to give up that easily. He entices the runaways back, reneges on his promise of amnesty and inevitably tragedy ensues. 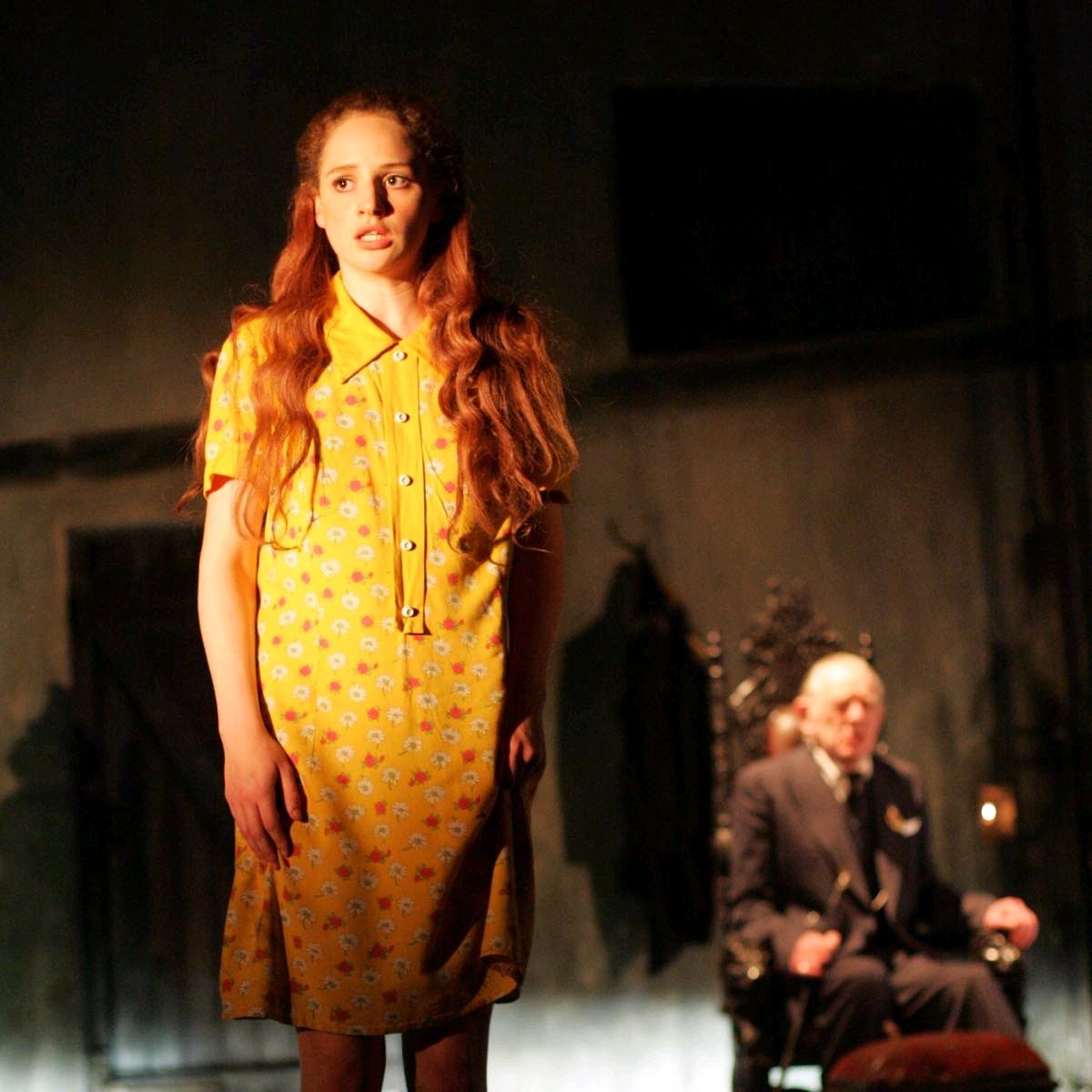 In this production there is something almost timeless but also primeval about the atmosphere and it seems to be far removed from much of the rest of Synge’s work. It is set in a mist filled landscape full of deep shadows and eerie noises courtesy of Francis O’Connor (design), John Leonard (sound) and Davy Cunningham (lighting). Indeed, this to me was the most successful aspect of the play which, as with all the others in the series, is directed by Garry Hynes. He introduces some intriguing aspects to the play to try and bring life to what might otherwise be a series of static characters making speeches. For instance, in the final scenes a young boy, unseen by the other characters, prepares the graves of the fated couple and this brings an extra much needed visual dimension to proceedings. 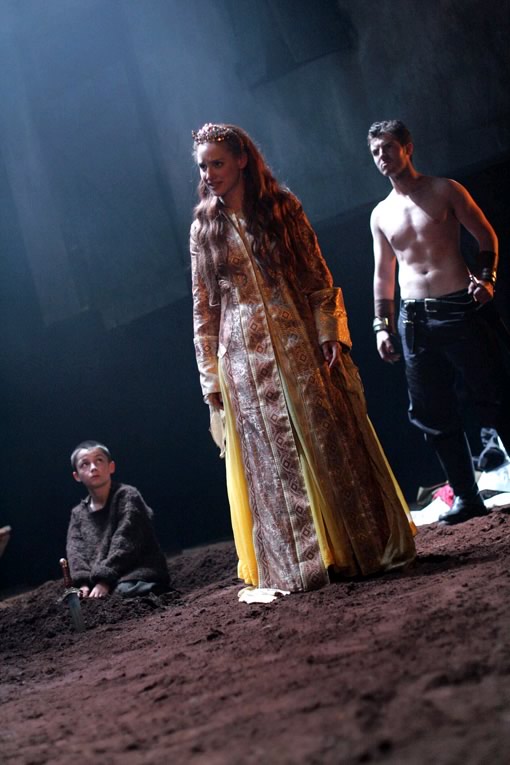 Gemma Reeves makes a radiant heroine ignoring the warnings of Lavarcham (Marie Mullen) her protector during her formative years and when she first appears seems to be a daughter of the flower power generation running wild through the landscape. Then with a change of costume Deirdre becomes the doomed tragic figure of legend and Reeves elevates her playing into the realms of high drama. Richard Flood as Naisi is every inch the bold hero while Mick Lally is the embodiment of spite and decrepitude as the aging king. The other interesting character is Owen played by Aaron Monaghan a rather unsavoury spy who, for some reason, put me in mind of Gollum. 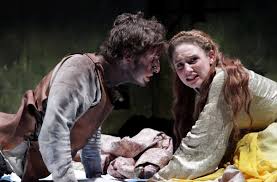 The play is relatively short and of that I was glad. Perhaps I wasn’t quite in the right frame of mind, but I simply found the rhythms of the speech wearing on the ears and the obscurer allusions more than I was prepared to go and research. If the play is considered an important one by those in the know, then who am I to gainsay the claim. While in terms of completion I was glad to watch this piece, I didn’t really engage with it; I much preferred the more playful Synge of The Playboy Of The Western World fame and am content to let that stand as his epitaph.

Deidre Of The Sorrows is available via Vimeo  – click here