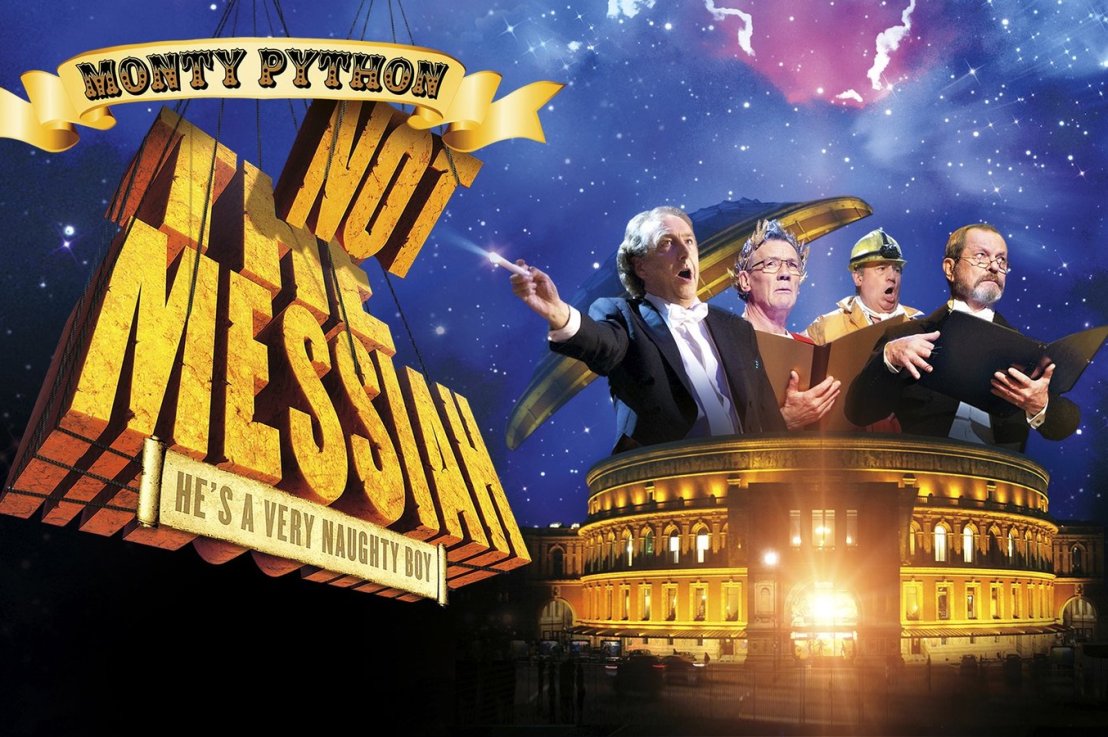 And lo, in the year of AD 2009 didst the dramatic oratorio beknown as Not The Messiah (He’s A Very Naughty Boy) appear to the people of London at the Hall of Royal Albert for to celebrate the rubious anniversary of Python yclept Monty and was very ridiculous in the eyes of the Lord and all his works….right, now you can stop that because it’s just getting silly! As one of the throng actually gathered on the night for the single performance of this masterwork, it was nice to come across it again buried in the depths of the internet and I was pleased to remake its acquaintance. 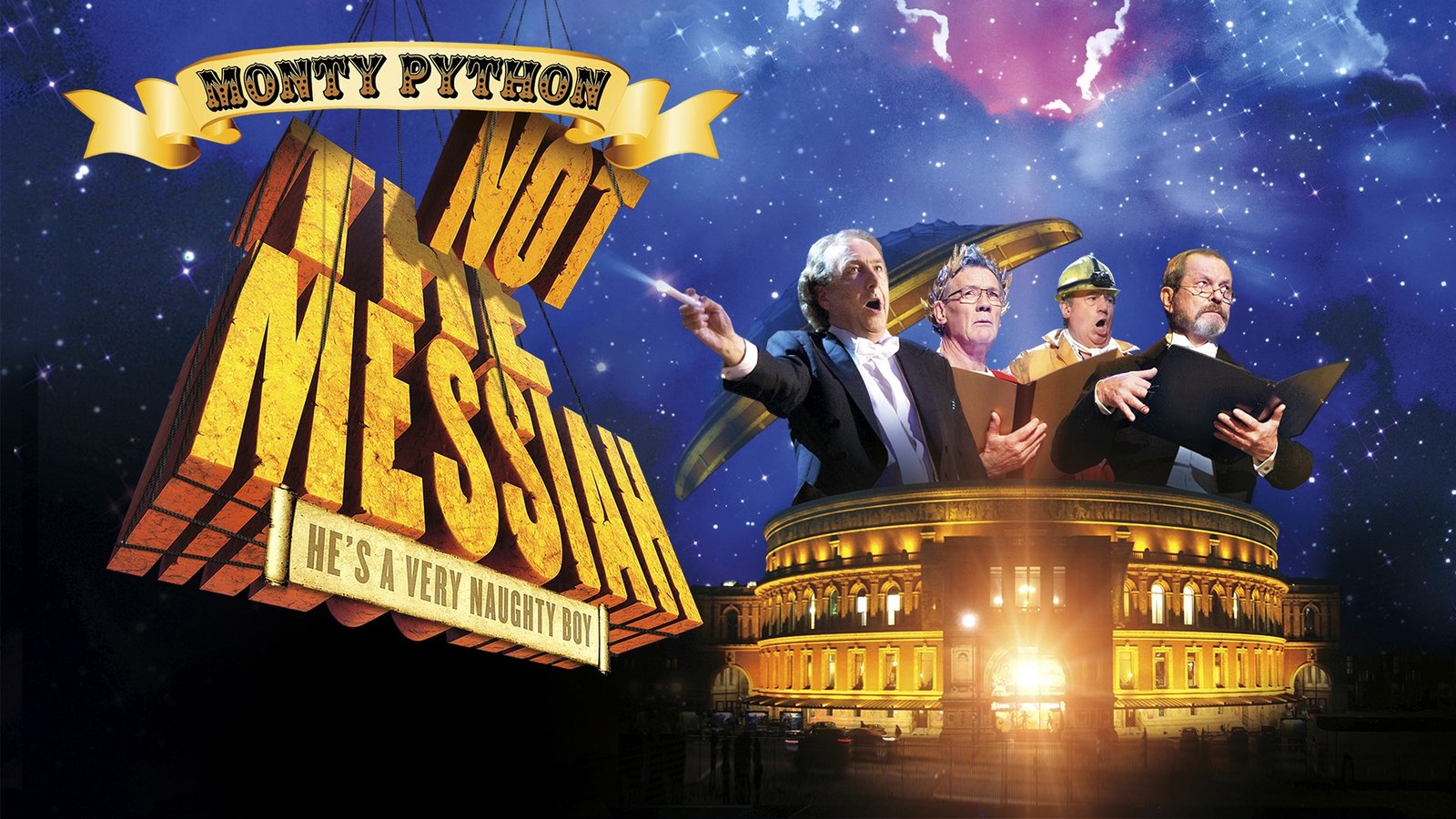 This musical piece is, of course, based on the  film The Life Of Brian which, depending on your view of these things, either delighted or appalled cinema goers back in 1979. Telling the story of Brian of Nazareth, the film satirised blind adherence to the dictates of religious fundamentalism and introduced the world to one of the most popular songs played at contemporary funerals “Always Look On The Bright Side Of Life” – boy, we need that message right now. The oratorio is the brainchild of Python Eric Idle who worked together with composer John du Prez following their worldwide success with Spamalot. This spoof on the Broadway musical is actually far more successful than the oratorio as there is quite simply much more that can be done than with the rather limiting format which the classical music genre imposes. 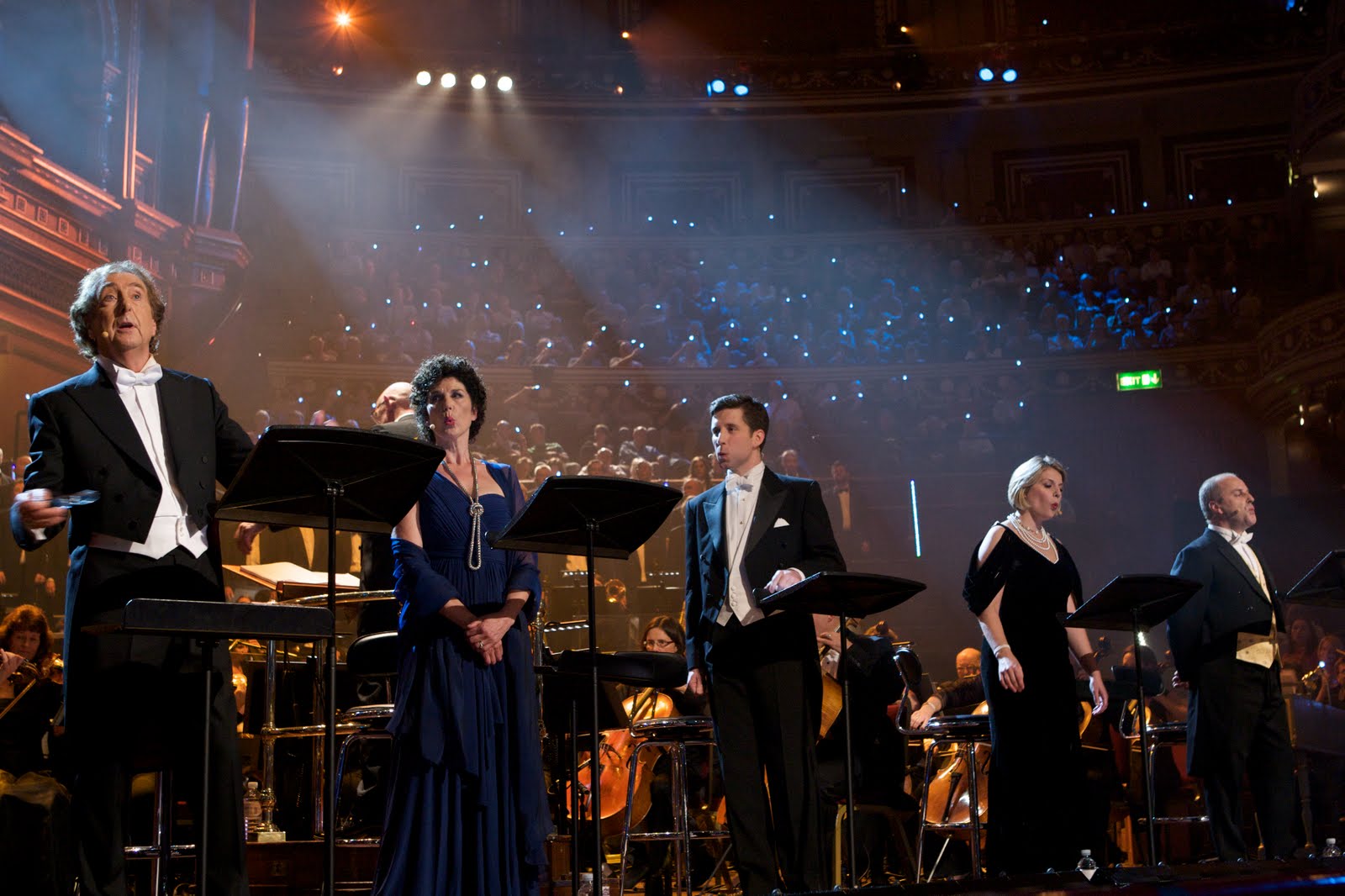 There are, as convention demands, four principal singers: Shannon Mercer (soprano), Rosalind Plowright (mezzo), William Ferguson (tenor) and Christopher Purves (bass). While they dress and perform conventionally enough the words that they are singing undercut any attempts at pretension and it is this clash of the mundane and the elevated which gives the piece its basic joke which is repeated, perhaps rather too frequently. Ferguson who plays Brian and Plowright as his mother Mandy clearly get the best of the routines and most of the laughs. The quartet are aided and hindered at the same time by Idle (listed as “baritonish”) who plays most of the key minor roles and, of course, gets to sing the final song. The extensive BBC symphony orchestra and chorus provide spirited support and enter into the jokes with an abandon they would not normally be able to show; du Prez himself conducts. 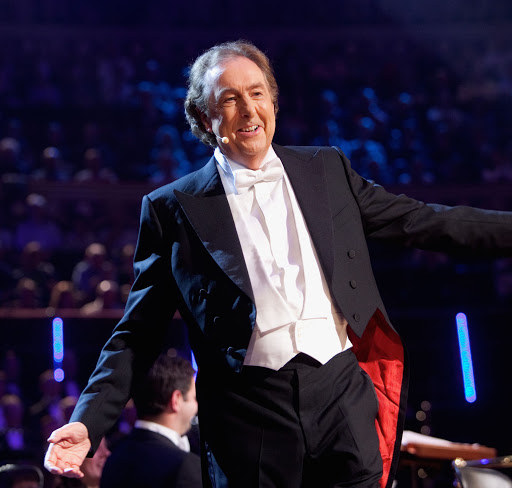 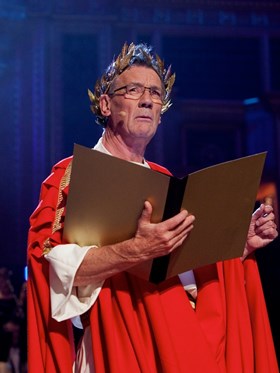 Although starting out as a pastiche of the sort of thing Handel might have written (if he was having an off day), with “Hail To The Shoe” overtly parodying the famous “Hallelujah Chorus”, Idle and du Prez are not afraid to cast their net wider. Thus, we are also treated to Broadway, doo wop, spirituals, country and western, Mexican mariachi and a Scottish Pipe Band. Idle does an impersonation of Bob Dylan which nails his whining vocals and there is audience participation too during an impassioned ballad. And of course, scattered throughout there’s dialogue (either straight or recitative) lifted from the movie as we learn, for instance, “What Have The Romans Ever Done For Us”. Michael Palin pops up as narrator Betty Palin, as a centurion, the lisping Pontius Pilate and, ultimately as a lumberjack (and he’s OK). The late Terry Jones, dressed as a miner, leads a Welsh inspired number where the entire chorus don mining helmets; there appears to be no rhyme or reason behind the inclusion of this song but when did that ever stop the Pythons? Terry Gilliam delivers the most important and significant line in the whole piece (!) and Carol Cleveland does some nifty work with sheep puppets. Other well known faces also put in an occasional appearance. 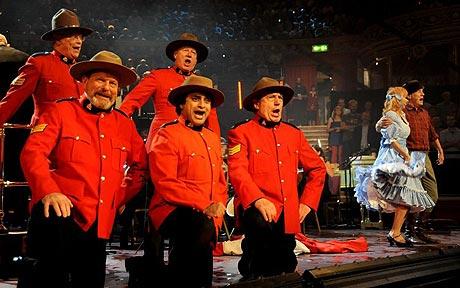 Basically, the show is a celebratory party and has no great pretensions to being anything else and the audience knows this too. I can’t imagine it was based on a very sound economic model as the sheer scale of the enterprise must have made it hard to cover the costs, presumably why it has so seldom seen the light of day. If you haven’t seen the original film, you might struggle a bit but for those that have it’s not a bad way to spend 90 minutes. It’s extremely silly and a joyous mix of the ancient and modern or, as the authors have it, it’s only baroque and roll (and I like it).