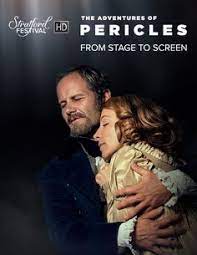 Although theatres shut down on March 16th last year, it was another full week before total lockdown was declared. We’re now at the first anniversary of that fateful day and although there’s an end in sight it is still at best partial and far from evident that things can go back to how they once were – if ever. The headline news this morning is that foreign travel is going to remain off limits for some time to come and as I filled out the national census a couple of days ago, I was wryly amused by the question about whether I had spent more than 30 days away from my home address – never mind 30 days, I haven’t even managed 30 hours. The best I’ve done was an aborted birthday trip to Berkshire last October which consisted of driving to Windsor and then driving straight back again as the restaurant to be visited had gone into quarantine. Two planned holidays have gone the way of all flesh and a third scheduled for this August has already been red lighted by the travel company.

None of this is a concern for Shakespeare’s Pericles, which was yesterday’s online viewing of choice. Far from restricting himself, he goes rattling around the Mediterranean visiting various countries and getting into all sorts of scrapes. He solves a famine, takes part in a jousting tournament and wins a bride, avoids assassination and survives shipwreck – as Lady Bracknell would have it, it’s a life “crowded with incident”. There’s a big emotional journey for him too, as he loses both wife and daughter en route and sinks into heavy depression which, in the way of the Bard’s late plays, is resolved through the reconnection with what he has seemingly lost. The episodic structure of the piece requires a large cast and a degree of suspension of disbelief on the part of the audience which has made modern interpretations of the play difficult to stage and it is one of the lesser performed pieces in the canon. Not that this stopped the Stratford Festival from mounting it in 2016 (that’s Stratford, Ontario, Canada as opposed to Stratford, Warwickshire, UK) in a production that sought to bring out its epic qualities. There’s a solid company feel to the playing with a text that varies wildly in dramatic and poetic quality. The many locations are well realised and carefully lit by Kevin Fraser for the design work of Patrick Clark. Particularly strong are the costumes which define a quite specific era. 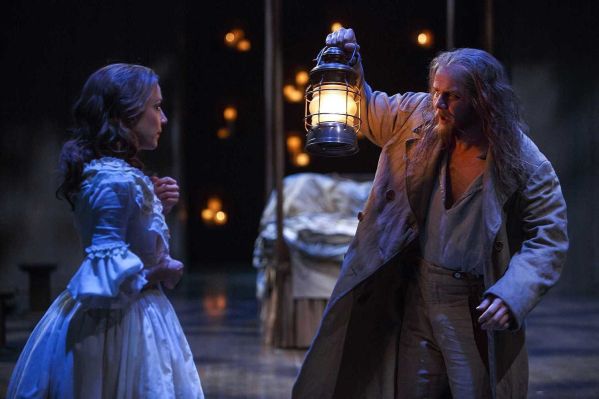 For the play has been brought forward into early Victorian times and rebranded as The Adventures Of Pericles to emphasise the mythic qualities of the quest which the hero is on. The time change, the picaresque style, the variety of characters encountered and the almost unbelievable set of coincidences upon which the plot relies, call to mind the works of Dickens. I did wonder how they were going to get round the sequence where the clearly medieval/Tudor tournament takes place, but this has been reconfigured as the Victorians having a jolly time dressing up and play acting so even that aspect worked well. I was less convinced by some of the other innovations. Shakespeare, and/or his only lately recognised collaborator George Wilkins, makes use of a Chorus figure to flesh out the ever changing locations and time shifts in the person of John Gower who wrote the original story on which the play is based. Here, director Scott Wentworth has dispensed with him and reassigned his lines firstly to a group of nuns and alternatively to the rest of the cast in the sort of “hand it on” narration style developed by the RSC for their famous Nicholas Nickleby adaptation (another clear nod to the Dickens connection there). To my mind it should have either been one format or the other as the inconsistency jars.

With over forty speaking parts it is also necessary for the cast to double. Nothing wrong with that but with, for instance, Wayne Best playing both kings – Antiochus and Simonides – it sometimes becomes tricky to remember who is who and where he is supposed to be king of. All three of the significant women in Pericles’s life are played by Deborah Hay and while she does so more than competently and with an eye to differentiation it does mean that she gets to spend rather more time onstage than anyone else. Besides this also means that she is playing both mother Thaisa and daughter Marina which works up until the reconciliation scene at the end when they both have to appear. Suddenly and with no hint of explanation Marion Adler has to assume the role of the older woman and as she is already playing the goddess Diana, the nurse Lychorida and one of the nuns, things get a bit confusing. And it doesn’t help that for all these roles she is wearing the same costume throughout. I think I’m right in saying that no other central figure in Shakespeare covers quite so much of a lifespan as Pericles, so to find someone who can do young, middle aged and relatively ancient is a tough call. Evan Buliung mostly does a fine job, but I found myself rather more convinced by the older version of the hero than as his younger self. The emotional range is much greater in the latter stages (the bits for which Will himself was supposedly responsible) so that may have been part of the reason.

Like the hero of this play himself, on April 1st last year I embarked on a long voyage to review an online play a day and this somewhere along the line morphed into doing so for a whole twelve months (day 358 and counting). I doubt otherwise whether Pericles would have been high on my “must see” list. But I’ve also had as a secondary aim to work my way through all of Shakespeare’s plays and I’m now in striking distance of doing the double it was worth pressing on. Besides, it’s probably the only voyage that I’ll be going on for quite some time yet.

One thought on “Pericles (Online review)”