The pandemic has had serious repercussions for the theatre industry for well over a year now with employment prospects virtually non-existent – unless productions are virtual in which case there has been some respite. However, venues and the staff that they employ have largely been shut down for the duration and there’s still a month to go before they can even contemplate reopening. One fairly high profile casualty early on was the Nuffield Theatre in Southampton which went into administration last summer – though in the interest of balance I should point out that blaming this on the bug has been disputed (click here). I mention this not in order to make any great political point but because in 2016 the venue was the original home of Dedication, a play about Shakespeare’s lost years and the true nature of his relationship with the Earl of Southampton.

Revived as part of the BBC’s Lights Up festival it is now an audio drama in two parts which proved to be a fascinating listen. Shakespeare dedicated two of his lengthy poems Venus And Adonis and The Rape Of Lucrece to the Earl – that much is certain. Beyond that we enter a world of conjecture as writer Nick Dear presents us with various simultaneous possibilities about what might or might not have happened. Did, for instance, Shakespeare seek out the Earl and ask for his patronage? Was it in fact the other way round and did the aristocrat  commission the writer seeking some sort of immortality? Or was it a matter of mutual interests being satisfied? Here we get three different versions of essentially the same story. Did the pair gallivant off to Italy and if they did was it for business or pleasure and as lovers or not? Again, as the subtitle to Shakespeare’s own Henry VIII has it, All Is True. Apparently. Or not. 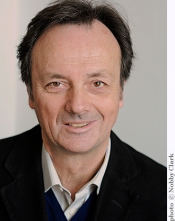 For Dear’s play is really all about the slipperiness of memory and the subjective nature of history – especially when there is a strong imperative for it to be so. In this instance Shakespeare has been hauled up before the Lord Chief Justice to have the exact nature of his relationship with the Earl questioned. The latter is about to go on trial for his part in the thwarted rebellion led by his cousin the Earl of Essex. Thus, Southampton is a dangerous man to know, and Shakespeare denies ever having even met him let alone shared his bed. The play also attempts to answer some of the other mysteries surrounding the writer’s personal history. Just why did he set so many of his plays in Italy? Who was the fair youth (and indeed the dark lady) of the sonnet sequence? How good an actor, as opposed to writer, was he? There is even some theorising as to how Christopher Marlow met his end. Dear makes all this conjecture into a narrative which jumps around significantly but interestingly so and cleverly avoids giving definitive answers so that speculation (on which a whole industry depends) can continue to flourish.

Shakespeare is played by Alfred Enoch who seems to be having a bit of a moment as far as digital theatre is concerned. High profile appearances in the online productions What A Carve Up! and The Picture Of Dorian Gray and in a recording of Red mean that his star has been burning bright over the last year. This performance extends his range and demonstrates a subtlety of approach to playing the multi facets of the character which means I can’t wait to see him on stage. He’s partnered by Tom Glenister as the Earl, or rather Earls as we are given more than one version of both men, who avoids an obviously effete characterisation in favour of some intriguing shape shifting. Glenister’s real life mother Celia de Wolfe directs, and Lucinda Mason Brown contributes an effective sound design which helps the listener to rationalise which version of history is being presented.

For anyone interested in Shakespeare as a person and the Elizabethan era in particular, this play will prove a real treat and there’s also a great deal of fun to be had in spotting the odd line which the writer will eventually use in his output (e.g., when Southampton accuses actors of “strutting” upon the stage). Although it doesn’t attempt to answer the riddle of the two men’s relationship, if indeed there ever was one, it does add some interesting fuel to the ongoing debate. The production also serves to act as a fitting tribute to the Nuffield Theatre’s work though it would be better if this was a tribute we could have done without.

Dedication is in two parts on BBC Sounds; for Part 1 – click here