I think that over the last year or so it has become almost too easy to become rather insular and forget that we are facing a worldwide pandemic. Sure, we’ve (mostly) been stopped from getting on planes and going to other countries and every now and again there’s some updates on the news about how other areas of the world are faring (often featuring rather odious comparisons about who is winning the so called vaccine race). But by and large we’ve all tended to look in on ourselves and be preoccupied with what is happening on a personal level. This is just one of the reasons that, periodically, it’s good to pick up some online theatre from somewhere outside the UK. A fascinating piece I found only recently (though it was released in the summer of 2020) is The Line which comes from the NY Public Theater in the States.

It is a verbatim piece edited and pulled into shape by writers Jessica Blank and Erik Jensen who have taken the testimony of seven New York professional health care workers living through and with Covid 19 and turned it into a sad indictment  of a structure which is riddled with systemic failure. These are ordinary people living through extraordinary times who do not wish to be known as heroes but nevertheless are. Doctors like Vikram (Atjun Gupta) and Jennifer (Alison Pill) battle to save lives and find themselves making horrendous choices and struggling to deliver bad news. The latter in desperation at a lack of supplies uses ordinary sticky tape to keep a ventilator in place. Dwight (Nicholas Pinnock) already works in palliative car in a cancer ward but has seen nothing like the devastation wrought by the virus. Paramedic Ed (Jamey Sheridan) has worked on the front line in Afghanistan and Iraq but has seen nothing like this as he compares New York itself to a war zone. Perhaps the most touching story comes from Sharon (Lorraine Toussaint) an obviously no nonsense, never been ill care home manager who inevitably comes down with the virus. When she eventually returns to work she discovers half of her clients have died and she fears for the rest. 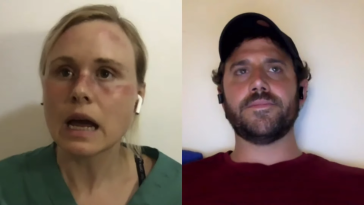 The seven stories are intercut by the director (Blank again) which keeps the pace of this piece racing along.  Ordinary looking domestic backgrounds (presumably the actors’ own homes) are used as settings. The actors have a weariness about them which conveys the intense pressure these people have been working under. Jennifer has strange marks on her face which I eventually realised were indicators of the stifling PPE she has to wear. Although this is a constructed play everything has been done to emphasise that these are real people living real lives. The one exception to this comes at the end where a montage of journalistic photos plays out to a melancholy song from Aimee Mann – personally I would have preferred to let just the words do the work. 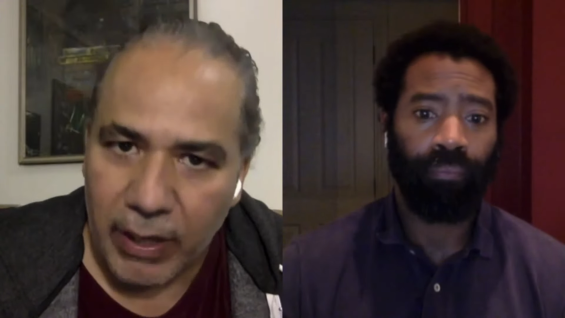 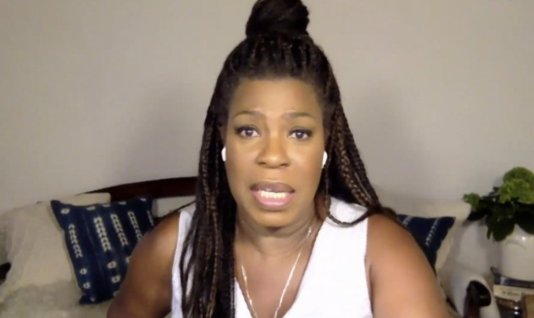 This documentary drama cannot help but be political. There is a palpable sense that these New Yorkers feel that the politicians in Washington have let them down badly – this was, of course, constructed long before the elections which ousted Trump. They feel they have been abandoned to their fate – lack of proper PPE being just one of many indicators and there are, as there has to be, references made to the death of George Floyd and the effects this starts to have on public perception. The production is very similar in style, tone and content to No Masks which is basically the UK equivalent of The Line (the latter was actually produced first); there are some interesting parallels to be drawn between them. It is notable that in both countries the tendency to ignore initial scientific concerns, the shortfall in political response and the devastation and heartbreak that has been caused is remarkably similar. Not least the two pieces demonstrate that the pandemic is indeed worldwide and that we ignore its presence at our peril.

The Line is available on You Tube – click here