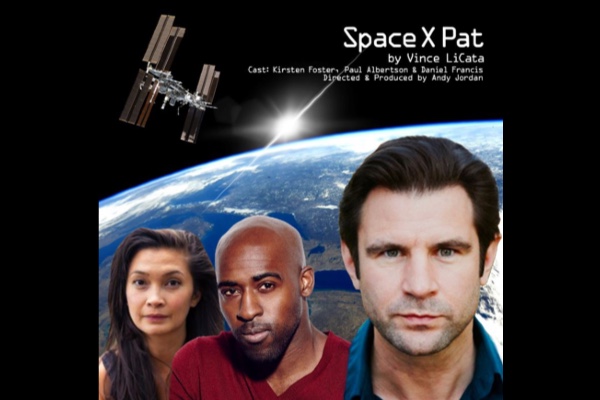 The streaming platform Scenesaver is currently celebrating its first anniversary. Actually conceived before the pandemic started to spread across the globe as a way to bring theatre to those who for geographic, economic, family care or ability related reasons were otherwise unable to access the art form, it has been a success story during this last year when we have been unable to engage with live work. Caroline Friedman, Scenesaver founder, has this to say: When we launched Scenesaver we wanted to make little theatre big and accessible to all. What’s the point of having the greatest thing since sliced bread if hardly anyone gets to taste it? During its first year the site has attracted theatre makers and audiences worldwide and there are now well over 400 shows available; these cover a host of genres and playing styles which make use of new technology to reinvent modern theatre going. A significant number have gone on to scoop OnComms (awards for online theatre promoted by OffWestEnd.com) but Caroline also sees that Scenesaver is there as a means of bringing likeminded people together: The past 12 months has been a terrible time for the theatre world, but it has been uplifting to see how creatives have lived up to the name and produced such superb work. We are creating a community, helping our performers with previews, showcasing talent, enabling producers to find new work for tours, providing a resource for universities and drama schools across the world, running online Theatre Clubs and providing a network of people and information for the theatre world.

To mark their first anniversary Scenesaver has just announced twelve winners of their Birthday Honours Awards. There was an almost overwhelming response to the idea. Caroline again: We wanted to do something to mark Scenesaver’s first year and thought what better way than to have some awards to recognise the talent of the fantastic creatives. And we decided to have a people’s vote to give our subscribers a chance to have their say; we had thousands of votes cast and hundreds of nominations which goes to show the importance of theatre. And the worthy winners are:

I have seen and reviewed the majority of the winners (see links above) but ironically the only double header – for Best Play and Best Production – is one that had slipped by me. Most awards ceremonies give you a representative clip at best, but with Scenesaver’s free instant access I could rectify the gap in my viewing by watching the whole of SpaceXPat almost immediately after the announcement. 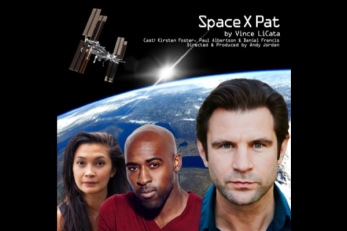 There’s a definite pun going on in the title as Vince LaCata’s scenario focuses on astronaut Pat who is on the Space Station and refusing to come back down to earth both literally and figuratively. He has grown weary of the earth’s troubles (war, environmental damage, economic inequality, riots and so on) and following a somewhat messy divorce has decided to become a refusenik and stay aloft. In a pair of duologues NASA wheel out his ex-wife to persuade him to return followed by a colleague who, it transpires, is the ex-wife’s new partner. It has all the hallmarks of man about to jump being talked down off the ledge, but Pat isn’t playing ball. The last of the three scenes is a monologue. Has everyone abandoned him to his fate? Is there, indeed, anyone left alive to get his message? It is nicely ambiguous and leaves Pat like Bowie’s Major Tom (heavily referenced) floating in a tin can far above the world – or what’s possibly left of it.

There’s a dynamic central performance from Paul Albertson as the despairing Pat who alternates between personal/public rage and resignation. Kirsten Foster and Daniel Francis also handle their characters well though only being in a single scene each are unable to develop them to any great extent. I was struck by the relative simplicity and unfussy concept behind the production. As directed by Andy Jordan we are not distracted by high tech green screens and any other bells and whistles but are allowed to concentrate on the human dilemma. However, the video call set up is entirely credible within this particular scenario. Writer LiCata’s day job is as a biochemist and there is a sense of scientific analysis pervading his crisp dialogue : “The earth is done, or I am done with the earth” is an example of a neatly turned line. The play was initially released last year and certainly catches the zeitgeist about someone who is isolated and unable to connect with others. One reason, no doubt, that it has caught the public imagination and why it has been doubly honoured.

Many thanks to Scenesaver for all its work this year – it has certainly saved me occasionally from going stir crazy. I’ll let Caroline have the final word: It is wonderful to see the return to live theatre- there’s nothing quite like live theatre- but nonetheless it is equally important that performances are recorded because it showcases talent and lets people know about the world’s little theatres and the wonderful work being performed.
SpaceXPat is available via Scenesaver – click here. It is also featured in the online programme for this year’s Brighton Fringe Festival
All the other Scenesaver Birthday Honours winners and nominees can also be viewed on the platform – click here
To keep up with the blog and all the latest online theatre reviews please click here and choose a follow option
For my Theatre Online list (suggestions and news of newly released productions) please click here. This list is supplemented by daily updates on Twitter (@johnchapman398)

One thought on “SpaceXPat (Online review)”