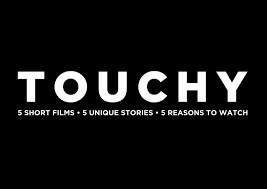 Although the term “gig theatre” has been around for a while now it is not one with which I am particularly familiar. I am therefore grateful to Duška Radosavljević for providing the following definition. “The distinguishing feature of gig theatre is that it is made by theatre ensembles whose membership consists of multi-tasking artists, and its key performers are often equally skilled as both musicians and actors, shape-shifting and stepping in and out of each role seamlessly as required” And that it is marked by “artistic collaboration and transdisciplinarity at the point of inception, the importance of accessibility and a relaxed non-bourgeois code of behaviour at the point of reception, as well as liveness and the associated value of community-building which distinguishes gig theatre from other dominant forms of cultural consumption mostly taking place via screens or mobile phones” (Essay for The Theatre Times – August 2019). So now you know!

Youth oriented company 20 Stories High are based in Liverpool and have already gained recognition through their play for the BBC Lights Up Festival Buttercup. Their latest project Touchy was initially conceived with gig theatre performances in mind but suffered the same fate as so many other productions; it has now emerged as a quintet of short films adhering to the principles of the movement. Ironically, given social distancing, the pieces concentrate on the sense of touch and the lives of six young people negotiating the tricky path to young adulthood. The single biggest influential element is that of music video particularly the use of rapid jump cuts and the montage of images which flow through the pieces.

The opener is Jemell’s Story which provides a snapshot of an undiagnosed autism sufferer’s life through the medium of hip hop; Mal Lidgett performs the piece, written by him and Keith Saha, with confidence and attack. Meant to appeal to a rather younger audience than I might represent I can see why it was placed first, but I probably found it the least accessible of the five. This is followed by Jazz’s Story written and performed by Faye Donna Francis. It’s in the form of a moody R ‘n’ B song with some luscious photography (Kofi Owusu) about the perceived appropriateness of public touch in same sex relationships. It’s a thankfully non – histrionic (unhistrionic?) piece which gives food for thought.

The central play was, to my mind, the most successful although it has to be said it is also probably the most conventional. Ella and Ste’s Story features a pair of intercut monologues as the two characters reflect on a sexual encounter which takes place in the past but is still full of resonance in the present. Julia Samuels tight script is performed by Izzy Campbell and Pari Richards who economically create a pair of characters with somewhat conflicting memories. It’s the longest of the five plays (though still under 15 minutes) and structured as a dialogue even if the performers are recording their elements separately; giving the characters that little bit more room to breathe pays dividends.

It’s back to solo pieces for the last pair. Sophie’s Story investigates intergenerational connection/disconnection through the medium of poetry. The text is written and performed by Anita Welsh and it’s a touching (sorry) tale set in lockdown about a girl and her grandfather. The inventive Max’s Story closes the sequence. This is an animation (Kay Dale) set to the words of Keith Saha and James Cast. The latter speaks the words of a young trans person who has had to relearn the various ways in which social touch is carried out – handshakes, fist bumps, high fives, etc; ironically Max is not “a touchy, feely person in the first place” which gives the piece a comic tone. 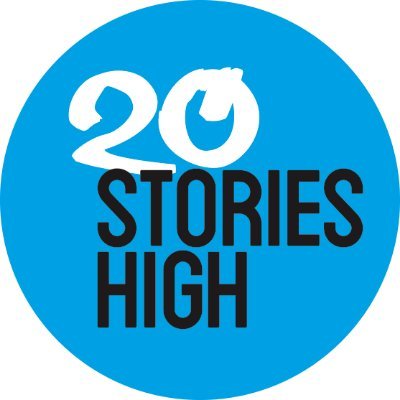 Together the five pieces are a good illustration of what gig theatre can achieve – although the all important audience element is crucially missing. Using a range of styles and formats they can be viewed separately and in any order and therefore cater for short attention spans and lovers of bite size drama. But they can also be viewed as a complete and more comprehensive montage for those who like things a little more well developed. And that “transdisciplinarity” vibe is certainly there; in the credits of each film names of the various writers, directors and performers crop up repeatedly fulfilling other technical and creative function demonstrating the amount of talent which a company like 20 Stories High can call upon. I don’t think gig theatre is ever going to be my favourite dramatic genre but it has proved to be an interesting diversion.