Having discovered 45 North’s audio dramas Written On The Waves relatively late in the day/year I’m still playing catch up with some of Series One even though they have now moved on to their second tranche a few weeks back. Knowing there were a couple of shorter pieces in the first batch I thought I would settle back in the garden with the headphones on and see what they had to offer. However, when I got to the website there was a new release from the latest set to listen to, so in the end I decided to go for the new piece and just one from the backlog. Fortuitously they were both directed by the same person, Jessica Rose McVay and written by Americans so that gave me a point of connection; however, they are extremely different in style. 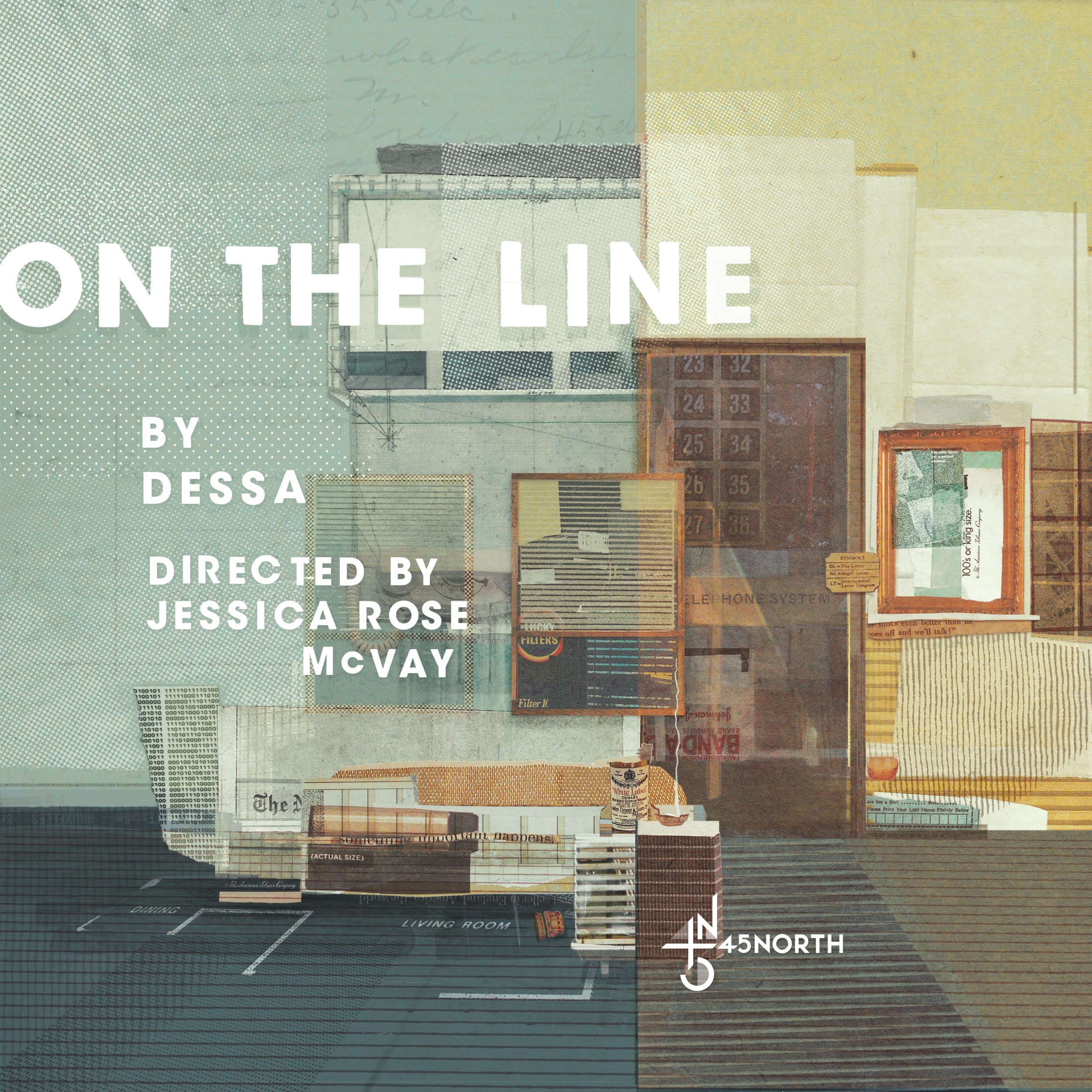 The new piece first; this is On The Line by the rather briefly named Dessa. Apologies for my extreme ignorance but as this is a name that is new to me I hit Google. Turns out Dessa “has made a career of bucking genres and defying expectations” and is a writer/performer/rapper/composer/podcaster/public speaker from Minnesota – “a life crowded with incident” as Lady Bracknell would have it. As well as writing this short play Dessa also features in one of the two lead roles as Gina, one half of a lengthy long distance online call to Simon (Ross O’Donnellan) where they chat about everything and nothing as they gradually start to examine what underpins their relationship both past and present. There are some brief interpolations from Misty (Emily Carewe), Simon’s significant other – except that Gina seems to be tellingly of more significance than the person who is supposed to be. By the end of the conversation some home truths may have been aired but it doesn’t really seem like they have resolved anything much and the title’s secondary meaning of something being at imminent risk is never fully realised. While Gina and Simon trade witty banter and tease each other, the play doesn’t really go anywhere much. For a writer who genre bucks and expectation defies, On The Line is really quite conventional in its approach and I’m afraid it all rather washed over me.

Rather better because it had a decent storyline to get stuck into is The Giant Pacific Octopus Maritime School from Season One. A slice of dystopian sci-fi from Jaclyn Backhaus it posits a future where humankind has had to set up existence under the sea following a series of natural disasters which has left the surface world uninhabitable. We experience this new world via the perspectives of two girls who live there and have always done so. Priya (Amita Suman) and Ilya (Sam Crerar) are still at school – the Giant Pacific, etc. – and are completing their projects on the recent history of the society; this is handy as the audience can learn all it needs to know about the scenario in a very short space of time. Indeed, the first ten minutes or so of the play is ram packed with the set up though Backhaus carefully avoids tedious exposition. So, we learn that the society is highly technologized (is that a word?  – it is now) and presided over by an all seeing, all knowing Artificial Intelligence system known as Emma – think Alexa or Siri plus. And when the girls discover a mysterious door in the basement of the school their adventure gathers momentum to the point where Priya’s academic geologist mother Seema (Manjinder Virk) whisks the pair away to the surface basically to see what they can see. As this is dystopian fiction Emma, naturally, does not approve and the trio find themselves in trouble.

There’s a lot of interesting stuff going on here, but the content is rather constrained by the length of the play which could easily have been the basis for a longer piece or even short series in order to allow for better character development and additional detail to be incorporated. It is always useful in dystopialand to have a full understanding of what it actually is that the inevitable rebels are rebelling against and some of this felt rather hurried. The performances themselves are good and are considerably enhanced by the inclusion of the fabulous Adjoa Andoh as the voice of the system who captures the flat tones of the electronic voice to perfection. There is also a detailed sound design from Elisheba Ittoop who creates a whole new world and gives us a taste of the old one with some impressive use of audio effects.

I think its probably evident which of the two pieces I enjoyed and appreciated more but once again 45 North has shown that it is unafraid to push the boundaries of form and content in various directions. If they are still planning out their second series I’d advocate devoting some more time to the adventures of Priya and Ilya as there is still a good deal of potential in these characters and the well thought out set up. Now, if they can just pause briefly in releasing new material until I can finally get caught up, then I’ll be happy.