Way back at the start of this crazy old time I worked my way through watching the four main plays of Oscar Wilde on subsequent weekends thinking that there would just be time to get this done before normality was restored – some hopes. I’d seen them all before but not in such rapid succession, so I recall it was interesting to watch the development that led up to the undoubted masterpiece which is The Importance Of Being Earnest. There have also been a few online versions of Wilde’s novel The Picture Of Dorian Gray to enjoy. And now there’s a chance to be even more completist with the broadcast of two more Wildean texts which, while never intended as stage pieces, nevertheless converted very well to their new format. Collectively they are known as Wilde Without The Boy and are showing as part of Jermyn Street’s Footprints Festival. 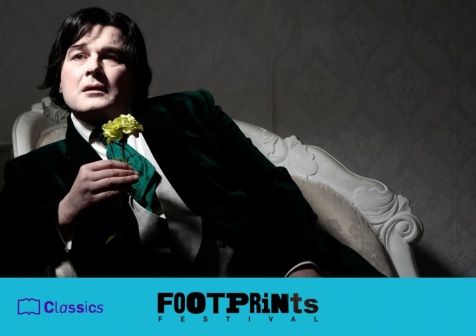 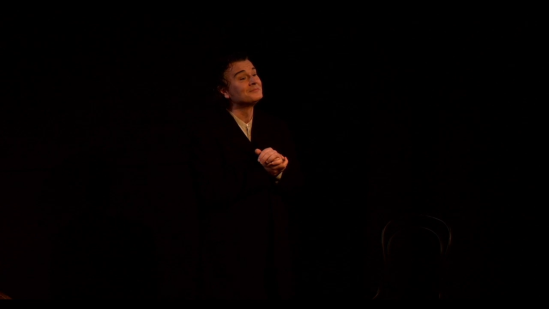 It is this letter, eventually published as De Profundis, which forms the first half of Gerard Logan’s solo show. As far as I can judge he makes a very good Wilde recounting his troubles in mostly measured tones. Although the barbed repartee is mainly absent there are still flashes of the old Oscar wit and Logan has a mischievous glint in his eye has he delivers them. The setting is deliberately kept plain and simple which works to contrast some of the scenes of excess which Wilde describes and lighting is used as a good indicator of mood as the speaker bares his soul. As far as I can tell the text is complete although there are one or two voiced over interpolations from the judge and a witness at the trial which set the piece in context. Unless you have no prior knowledge of the story there is little to surprise in the narrative, the interest comes from the level of detail in this pioneer of the Talking Heads monologue format – even if that was not the original intention. Logan’s confident portrayal of Oscar Wilde at one of the lowest points in his life is a masterclass of nuanced acting; the sheer act of learning all those lines deserves an accolade of its own.

And if that isn’t sufficient, Logan is at it again in part two when he recites verbatim The Ballad Of Reading Gaol, Wilde’s 109 stanza poem. Actually written after his release from prison, the poem reflects on a fellow prisoner’s fate when he is executed for murder although as it progresses it becomes clear that is equally about Oscar (indeed, some would say that everything which Wilde ever wrote was all about Oscar). The poem adopts the rather proletarian form of a ballad which, by its very nature, becomes rather repetitive to listen to. While it is an interesting coda to the main event, not to say another prodigious piece of memorising, it does not hold the attention as much as the first half and I would have been quite happy to have stopped after Part One – hopefully those people seeing it live in the theatre had a different reaction.

The two pieces essentially form Wilde’s last works – he certainly never wrote another play. As he said of himself: “I wrote when I did not know life; now that I do know the meaning of life, I have no more to write. Life cannot be written. Life can only be lived; I have lived”.

One thought on “Wilde Without The Boy (Online review)”