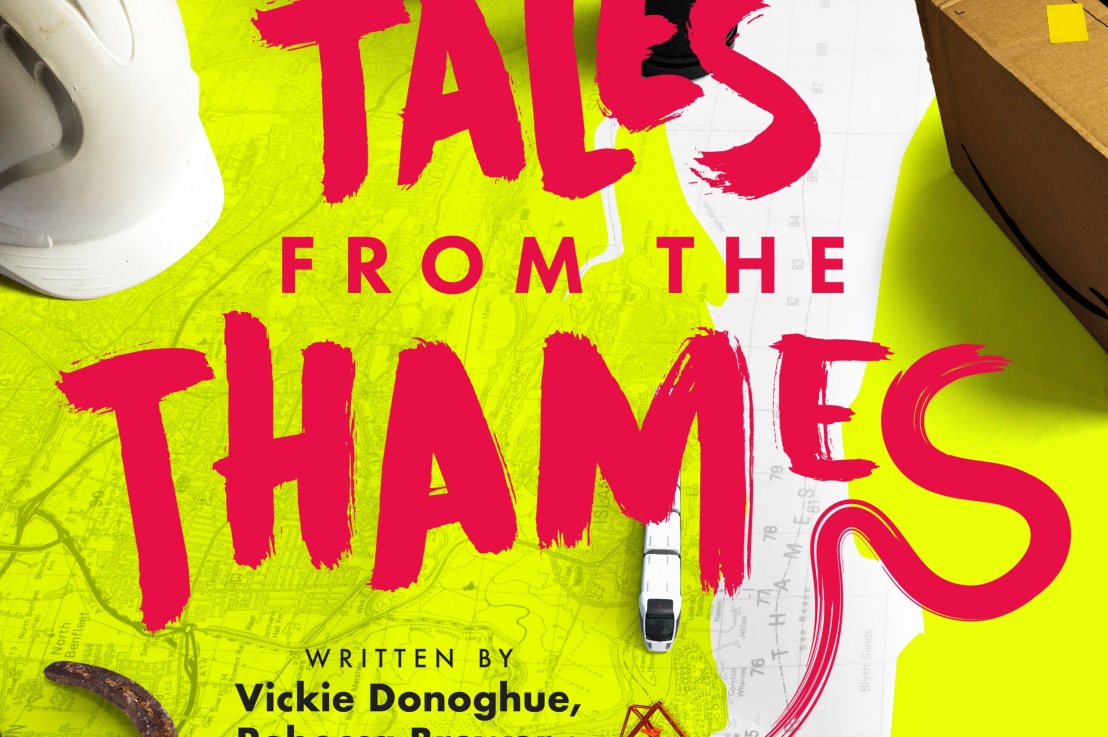 The Thames has always been an inspiration to novelists, poets, composers and painters such as Dickens, Eliot, Handel and Canaletto but I’m not sure it has been the inspiration for many plays even though Shakespeare’s theatre was right on its banks. A joint project from Creative Estuary in association with the Queen’s Theatre, Hornchurch sets out to redress the balance in an hour long show called Tales From The Thames which has been touring to some rarely visited venues in south Essex over the last couple of months and is currently being streamed via the theatre’s website. 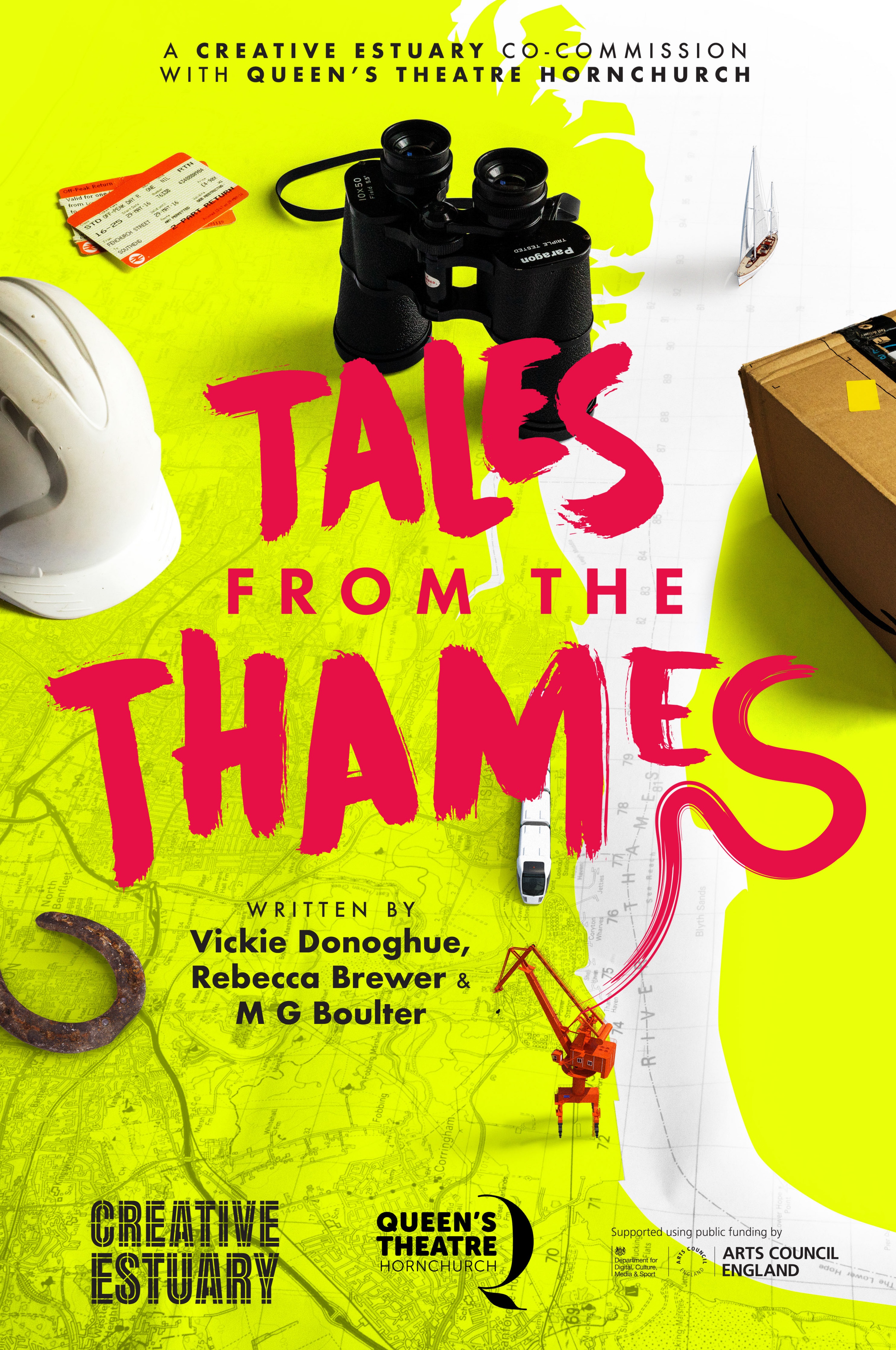 It’s a low key piece which centres on people who live near to and/or work on the river’s banks and have forged a connection with this watery artery. Nor are we talking about the rich, powerful and influential who reside along the London or Berkshire/Oxfordshire stretches but those who inhabit the tidal regions that divide Essex from Kent – “not the posh bit, our bit” as the advertising has it. Despite living within easy reach of this section it has been a while since I’ve got out there (the pandemic has had us all  hiding at home), but I know from personal experience that the 20/30 mile stretch can be a rather desolate and intimidating place which can be both inspirational yet daunting. 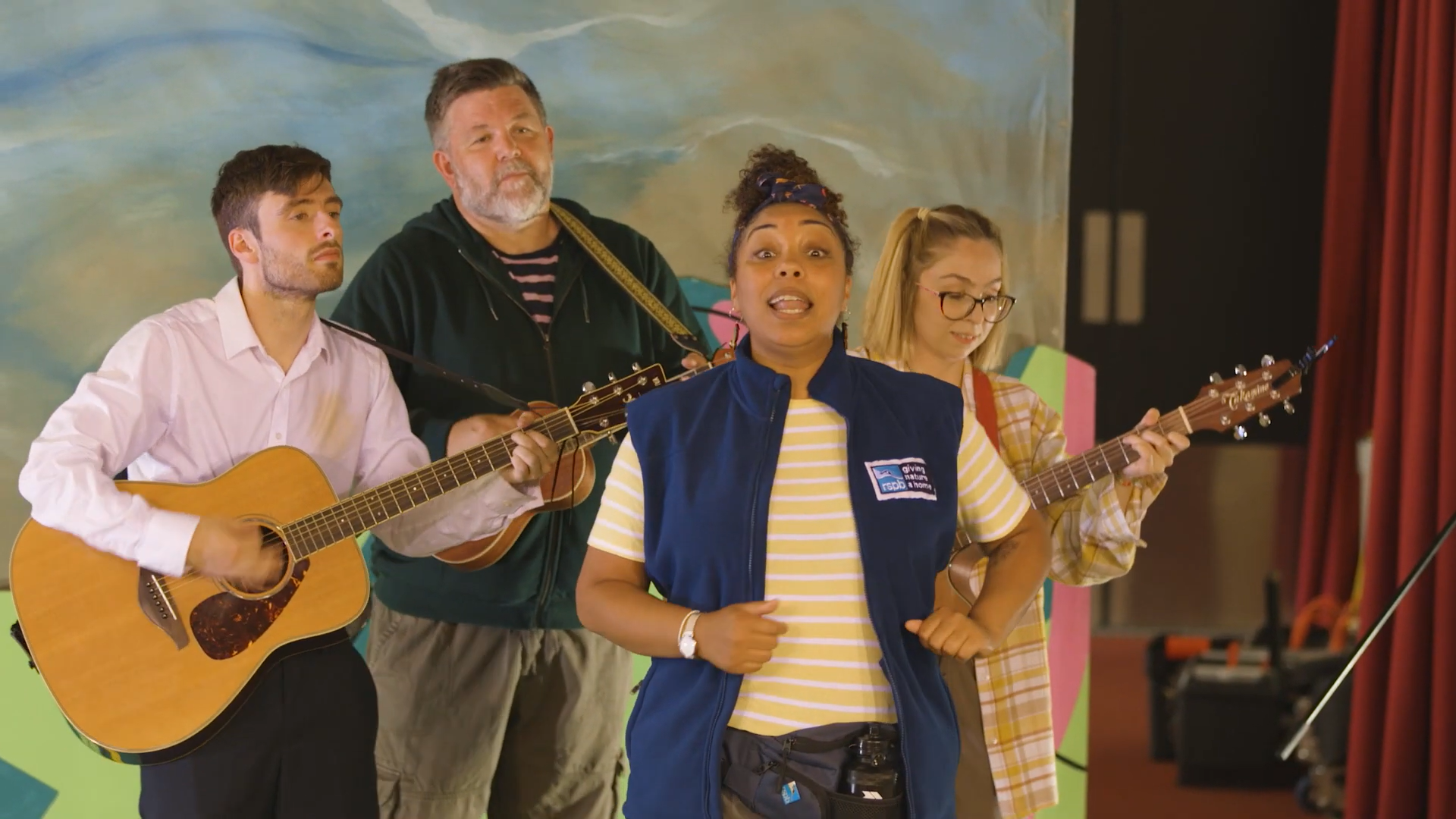 This play by Rebecca Brewer, Vickie Donoghue and M G Boulter is a collection of short stories about making connections with that landscape and with our fellow humans. There’s the dock worker from Tilbury excited about being a contestant on Radio 2’s PopMaster quiz, the RSPB guide showing a group round Rainham Marshes, a young climate change activist on her way to a protest. Although they seem to be entirely separate storylines, gradually they converge and the connections between the characters start to appear. An expectant young father after a celebratory night out and a mudlarker scavenging for objects at low tide are added into the mix; they prove to be catalysts for some of the others but also have their own moments of revelation. It’s a feel good show with a handful of songs, a bit of puppetry, a modicum of mime (how else are you going to do a bus ride onstage?) and some daft dressing up at the end which celebrates the area and its people – and why not? 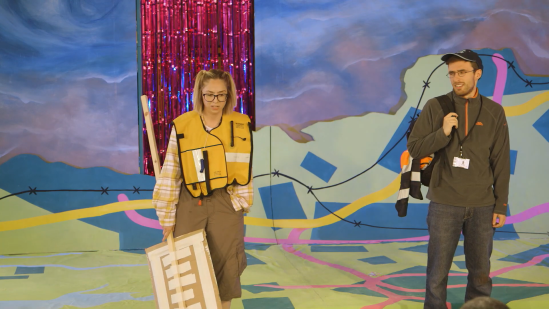 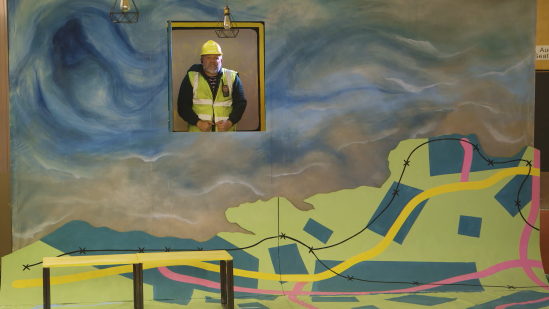 The cast of four (Tim Freeman, Mia Jerome, Tom Mangan and Lisa Wright) multi-task and although characterisations may not be always totally convincing they approach the play with verve and a positive spirit. There are actually five performers listed on the website but there are only four in the video so I’m not quite sure what happened there – given the number of pings going off on the Covid app at the moment maybe he (David Hemsted) was self-isolating. A couple of the performers play guitars, and another appears as DJ Ken Bruce – I’m not sure he’d be flattered – in a section that you can play along with at home; the actual audience seemed rather more reluctant. It is staged simply with representative scenery and minimal props; co-directors Rebecca Brewer and Douglas Rintoul keep things moving along swiftly. However, I can’t say that the tone of the show was entirely consistent and I really wasn’t too sure of the audience that it was  being aimed at. There were moments when it seemed rather like an over earnest and slightly preachy children’s show but there were other sections which were rather more nuanced and satisfying. I guess travelling the play around various community centres and so forth means that the production had to try and be all things to all people. 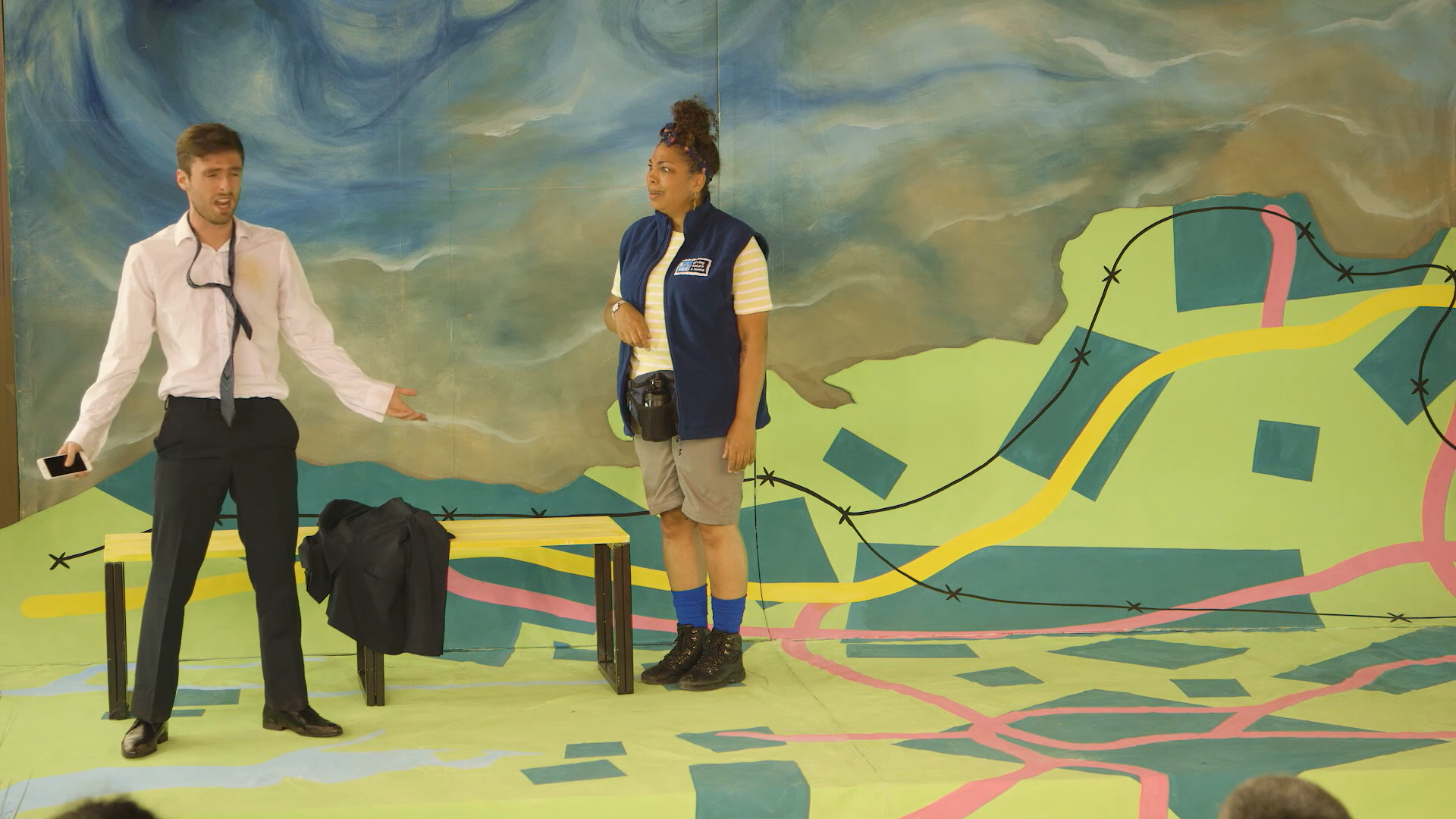 If as Creative Estuary claim they want to “transform 60 miles of the Thames Estuary into one of the most exciting cultural hubs in the world” then I think they have a quite daunting task ahead of them. What I am at least grateful for is that work such as this serves to undermine the often silly portrayal that is foisted onto England’s second biggest county by programmes such as The Only Way Is Essex (incidentally, often filmed on my doorstep). We don’t all wear white stilettos, cover ourselves in fake tan and end every sentence with an upwardly inflected “yeah?” So, good luck to the project going forward.