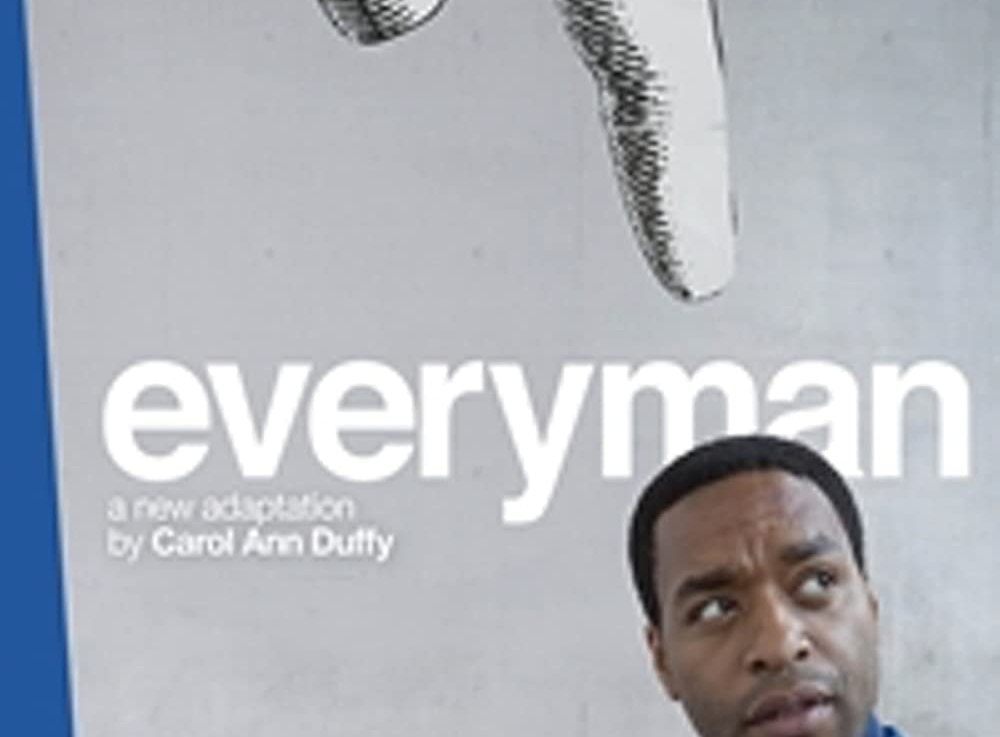 I’ve been suitably impressed by the breadth of choice offered by the National Theatre At Home platform and have (mostly) kept up my weekly visits to the virtual venue to enjoy their many and varied shows. They have just released three more streamed productions all of which I want to see, and they are leaving most of the content up for sufficiently long enough to give plenty of time to engage with it. So it was that I settled down for what must be one of the earliest plays in this reviewing trajectory (setting aside the Ancient Greek dramas I’ve encountered); it is certainly the earliest English language drama. The medieval mystery play known as Everyman has been given a modern radical workover and was first presented at the National in 2015 being one of current artistic director Rufus Norris’s first projects at the venue. 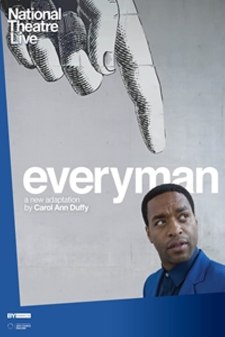 Originally written in early Tudor times, though by whom is unknown, this radically reshaped version has been composed by the then poet laureate Carol Ann Duffy. As such it doesn’t try to ape the archaic language of the original, instead opting for a muscular rendering in modern English with, surprisingly, a good deal of humour. It does, however, retain the allegorical structure and the actors all play concepts and types such as Sensuality, Insecurity and so forth. In the same way as Bunyan’s Pilgrims Progress uses an episodic structure to take the central figure on a journey towards spiritual enlightenment, so here this representative of humankind finds that his past life has caught up with him and Death appears to start him on his quest. 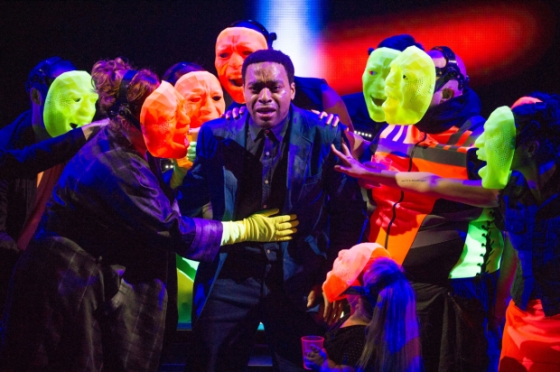 Everyman’s demise takes place at his 40th birthday celebration when he plunges from a balcony after a drug fuelled rave and following a life where he has pursued material wealth at the expense of his spiritual well being and neglected his nearest and dearest. From there he finds himself engaging with his family, the concept of modern consumerism and a couple of the homeless one of whom, called Knowledge, seems to be his conscience all the time being pursued by Death – a softly spoken but intimidating Irishman and being watched over by God who in this iteration seems to have transmuted into a Marigold gloved cleaning woman; I wonder how that would have gone down in the fifteenth century. 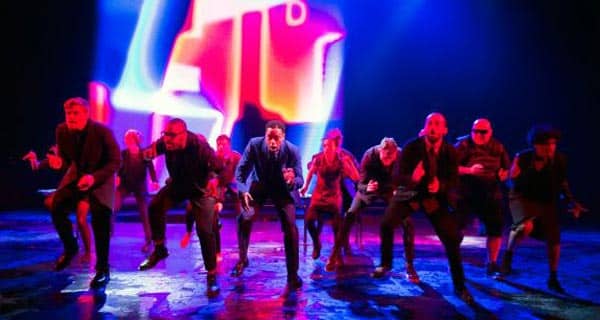 The committed and quite extensive cast are led by Chiwetel Ejiofor as Everyman (Ev for short) who gives the central role the stature it deserves and is easily believable as a generic representative of humanity. I didn’t recognise Sharon D. Clarke as his mother (which I intend as a compliment)  and the scene in which the family gather becomes one of the most successful of the piece with Phillip Martin Brown and Michelle Butterfly making fine contributions as his dementia suffering father and exasperated sister respectively. Kate Duchene and Dermot Crowley take on the celestial roles of God and Death – whether their portrayals are accurate is, of course, difficult to say but in terms of the drama they certainly give good value. The rest of the cast start to get a little lost under the sheer weight of the production design and the directorial decisions. For the play does start to suffer a little from “kitchen sinkism” as director Norris seems to be throwing everything he has at it. The first fifteen minutes are a fine example of how to make a real impact at the start of a show and the later climate disaster section is equally compelling. I was absorbed by both but was increasingly less impressed by the dialogue and concepts which started to bog things down from about halfway in to the point where everything was in danger of being swamped. 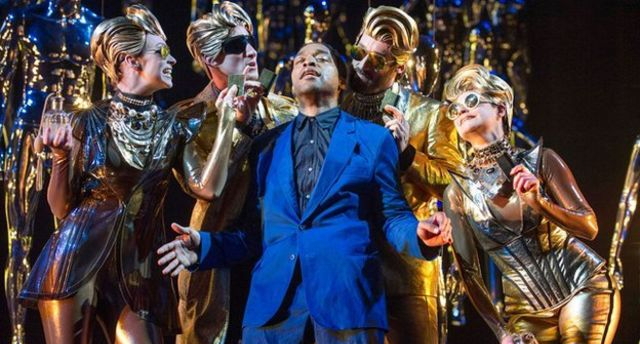 I’ve never seen Everyman on stage before (though remember briefly studying it by way of an introduction to Marlowe’s Dr Faustus) so it’s impossible to judge how much has been retained and how much ditched in this new adaptation. I also think it would be one of those times when seeing a regular version first would make the newer one automatically more impressive simply because you would then have a better understanding  of where “improvements” had been made; or would that simply result in a feeling that keeping it lean and straightforward would be better? After all isn’t the moral of the story partly about not been succoured into excess.

Everyman is available on National Theatre At Home – click here