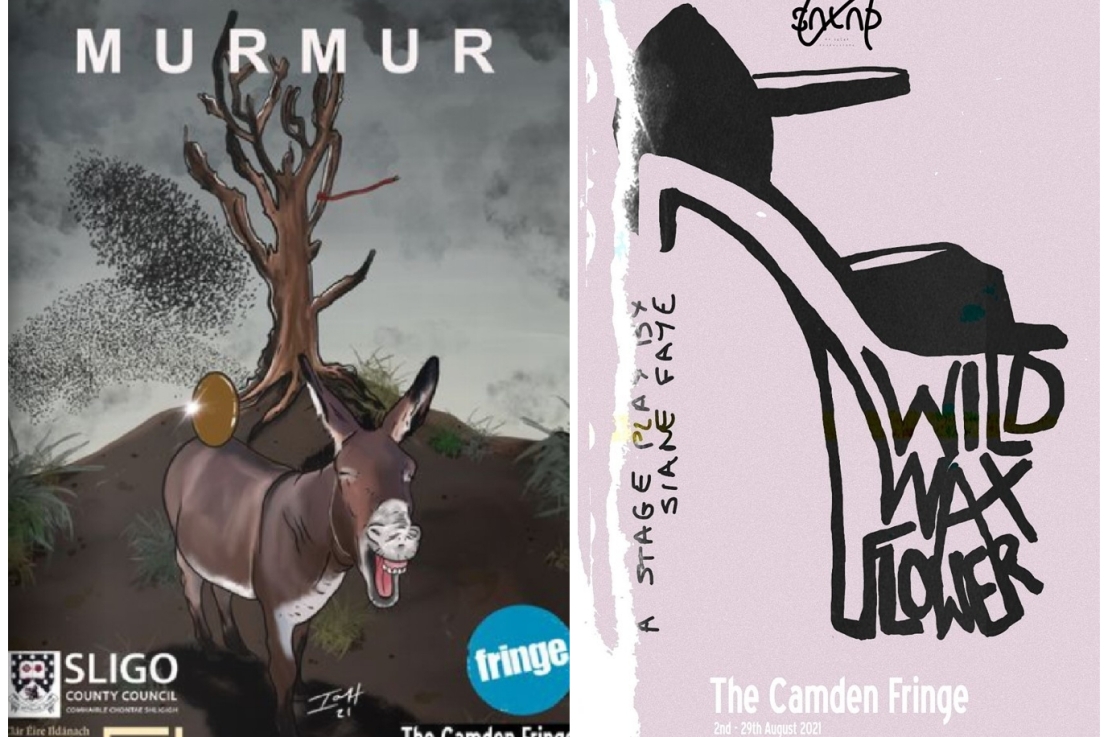 As I’d been “at” the Edinburgh Fringe for five days in a row I thought it was about time I took a break – and went back to the Camden Fringe instead! The thing about fringe shows is that they are like Forrest Gump’s box of chocolates, you never know quite what you are going to get. Material can range from the highly developed to the process just getting started; this has become particularly evident with the addition of online material which pushes the envelope even further. Although that can be a daunting prospect it can also be quite liberating in heading you towards works that you might not normally contemplate engaging with. Such was the case yesterday when, without much more than a two line description in the Camden fringe brochure, I plunged headlong into two wildly different but experimental pieces. 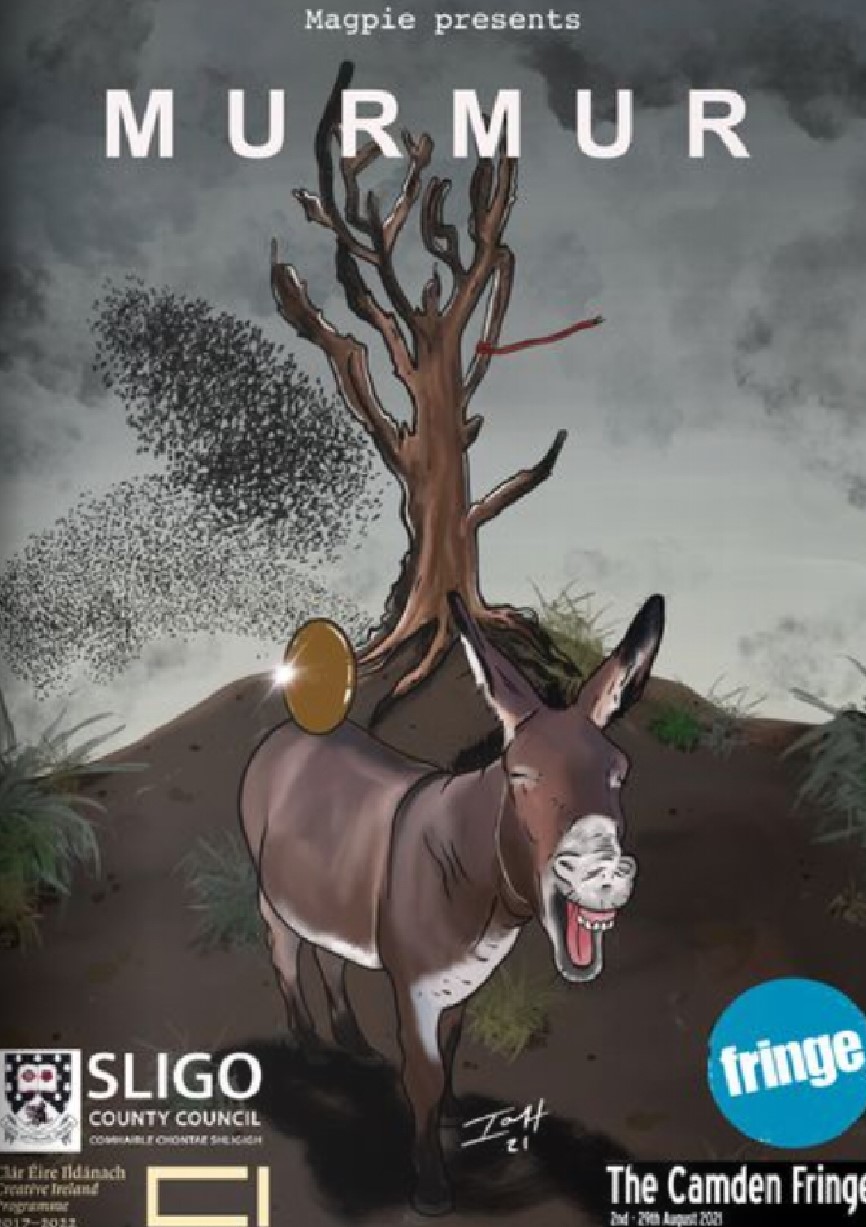 Murmur is an audio play but there’s no cosy Radio 4 adaptation here. Rather it ploughs the particular furrow of absurdist theatre in a show that just about hangs together providing the listener concentrates and doesn’t worry too much about a plotline. Ren is pregnant with Baba with whom she has an ongoing one way dialogue; they live a hand to mouth existence in the woods making running repairs which invariably don’t work and visiting the Rag Tree to collect red ribbons. She is visited by Bee of Bee Enterprises and the put upon and abused servant (rather confusingly called either Mumbles in the audio itself or Mag in the accompanying programme). They seem to offer some form of salvation characterised by firstly a staircase and then a makeshift flying machine. I’m afraid at this point I rather lost the plot – literally. 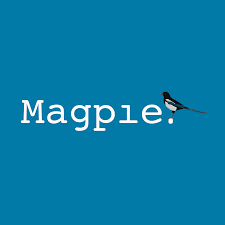 Magpie – the production company – describe the piece as a “cautionary fairy tale” and a “sound cartoon” which seem like fair descriptions to me. Indeed, the sound design (Joseph P. Hunt) and the use of foley (Brian Francis Devaney) are the standout aspects of this production giving the piece an aural busyness which suits the almost slapstick nature of the play. Like most absurdist drama there’s an insistence on non sequiturs and repetition that, if it were longer than it is, would start to pall. There is  also a clear (and hopefully intended) indebtedness to Beckett’s Waiting For Godot in its portrayal of Bee and Mumbles/Mag who are the heirs of Pozzo and Lucky even down to the use of a whip by the former on the latter. It’s a bizarre piece commendably directed by its author Susanne Colleary though I doubt it will hit the mark with anyone who isn’t already a fan of the theatrically absurd. When Murmur finishes its run at Camden it will become available via the Edinburgh Fringe. 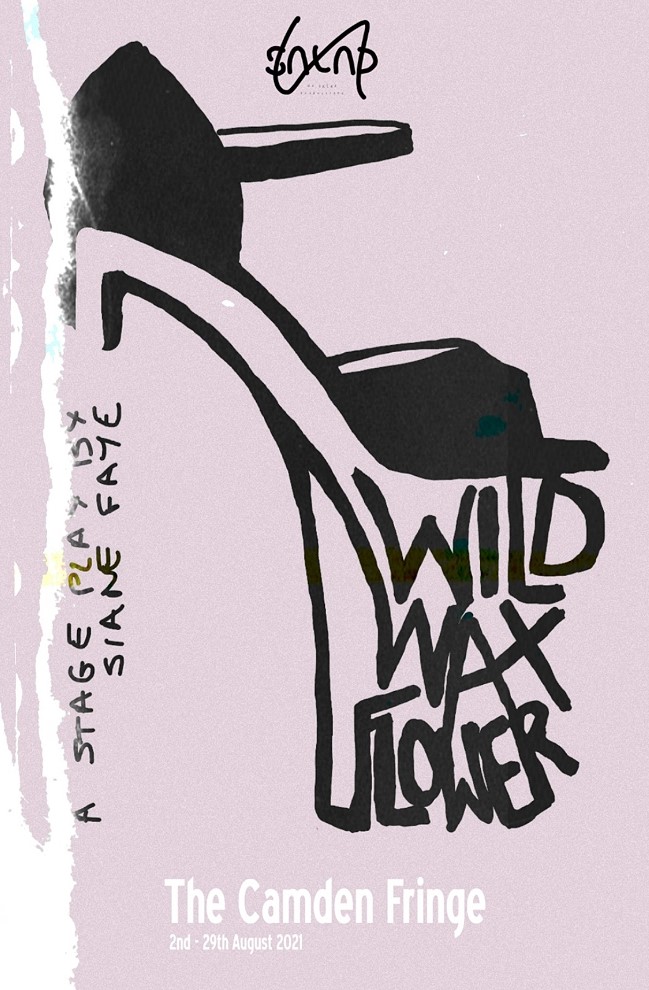 For its first 12 minutes, and at other key points, Wild Waxflower does away with sound altogether- or at least with words. This is another highly experimental piece and the debut play of No Salad Productions formed during the pandemic by writer/performer/director Siane Faye. It’s a rather disturbing play (although perhaps disruptive would be a better description) that follows a young woman’s journey towards a kind of liberation as she sheds her established conventions in favour of exploring her sexuality. To do this she reinvents herself as a denizen of an adult entertainment establishment and so we see her in her “dressing room” unpack her costume, apply her make up and verbally address her concerns and motivations. Then we see her “take to the stage” and the resultant freedoms she finds via performance. The locations are in quotes because the whole piece has actually been filmed in an alleyway (presumably Soho) which gives it a rather surreal feel despite the mundane passing of traffic and noise of the night. There are some sequences which take place in almost complete blackout, though I’m not altogether sure why. 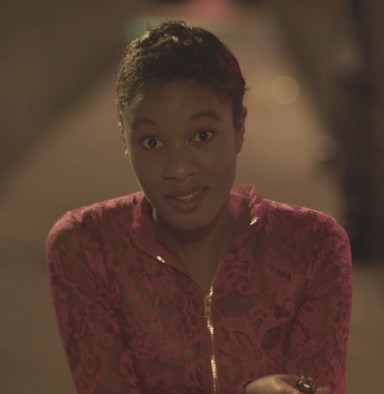 It’s a thought provoking and challenging piece which took me well outside my realm of experience. I found the silent sections intriguing though not easy to watch, especially after the noisy sound palette of Murmurs, but wondered if they went on for a little too long – the makeup sequence stretched the idea to breaking point. They are not pure silence, of course, in fact they are clearly highly choreographed and Siane Faye’s eloquence emerges through her actions and more significantly her gaze. Gradually as the character reinvents herself she finds her voice, in both senses, and we discover what has driven her to this course of action. This is when things really got interesting as character motivation became the focus. It’s a highly commendable debut from an actor who has clear ideas about what she wants to achieve though perhaps a collaborative and critical friend dramaturg /director might have enhanced the piece even further.

Today’s bonus Scenes For Survival piece is Listen To Me by Catherine Grosvenor. As a life coach Fahad (Taqi Nazeer) seems to be a no-nonsense type of guy but really he’s the one who needs some help. The scene neatly encapsulates the state of lockdown inertia experienced by many during the pandemic but there is an optimistic ending.