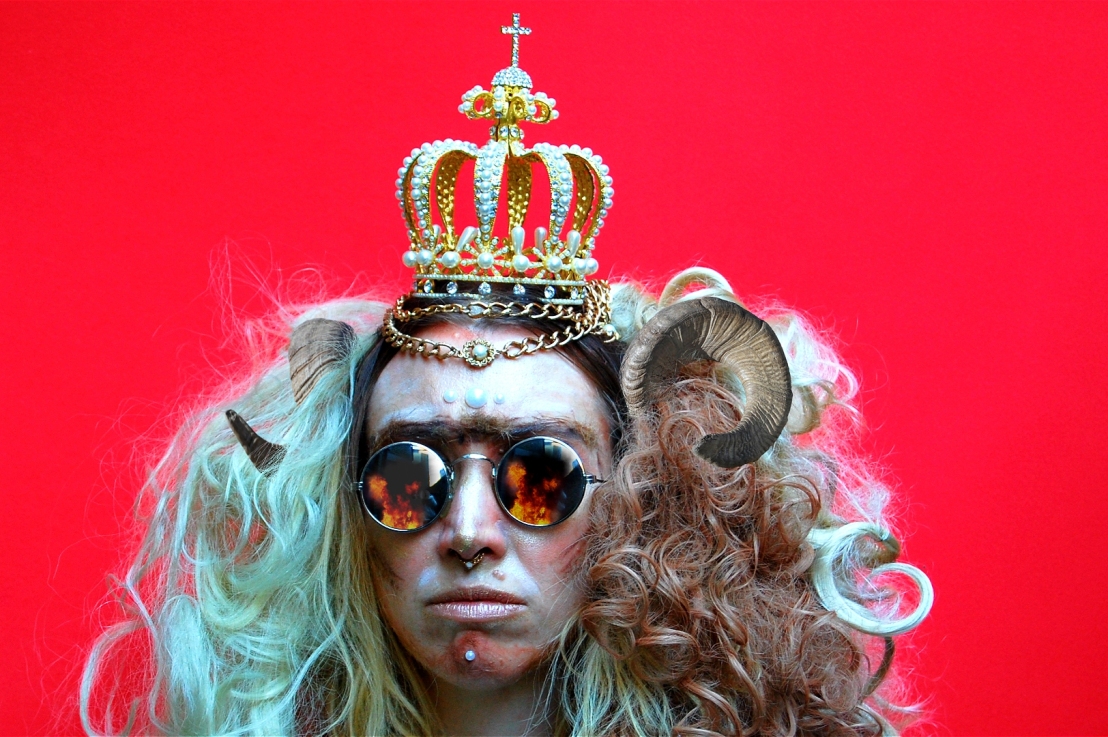 One possible advantage for artists who once tended to tour the various Fringe festivals across the country is that they no longer necessarily have to actually travel. Rather they can make a digital version of their theatre piece and submit that on video. Sure, they miss out on live audiences but then there are also plays which wouldn’t be able to work in quite the same way or even at all if funding had to be found for a whole team of people to congregate in a hired venue. One such play is Ram Of God which was seen at both Brighton and Edinburgh Fringes this year and was also shown at festivals based in Leicester, Stockholm, Melbourne and Wellington; imagine the cost of a travel ticket for that little lot. For anyone interested, the show has now appeared on that eclectic platform of all things theatrical, Scenesaver.

The piece is the work of Theodora van der Beek and is difficult to describe. It’s basically a parody on religious cults and fanaticism in which the mysterious and androgynous Ram lures acolytes to a sun filled garden – naturally they all young and female –  and proceeds to indoctrinate them  into the ways of this new “milk based” religion. One of the followers transgresses by rejecting Ram’s sexual advances and is punished by having her head shaved and being ostracised. She kills herself but Ram continues to inspire loyalty in the rest. In a short coda we jump to 2028 the year when the apocalypse is supposed to descend – and it does, sort of. Actually, I’m not sure what happens at the end – some sort of mystical rebirth? – but really, by then, I had largely ceased to care. 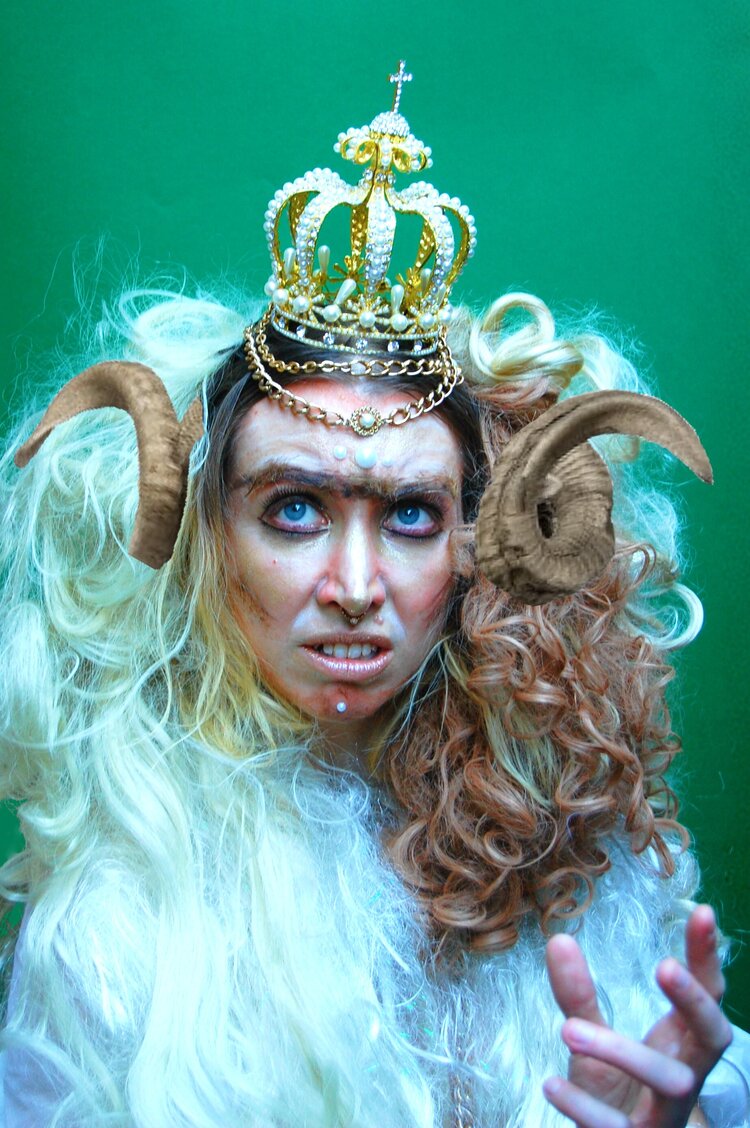 Although it is attempting to deal with serious issues about patriarchal domination and the insidiousness of religion to me it ends up by trivialising rather than satirising them. Yes, it’s all done knowingly and I’m not doubting van der Beek’s skill in putting it all together, but I found it indulgent and often quite crass. From its tongue in cheek homages of 1970s horror movies (insects gorging on rotting fruit and half a dead rodent) and the ridiculous po-faced seriousness of documentaries made on this topic I thought it was all rather pleased with itself and far too ready to over signal its intent with a “look at me I’m setting out to shock you now” approach. Ridicule is a useful tool when attacking a concept – and I am by no means saying that this doesn’t contain ideas and types that aren’t worthy of being ridiculed – but I longed for a bit more subtlety and finesse.

On the plus side, van der Beek does an extraordinary job in differentiating the various characters in the piece playing them all in a series of deliberately badly designed wigs (even the bald head looks totally false). And the filming itself has been elegantly done with evident time being spent in the editing suite to produce some rapid jump cut sequences which lend a degree of visual panache which actually wouldn’t be achievable on stage. There’s some evocative music too but these elements are insufficient to sustain real interest. Normally I wait until I’ve written my own review before looking at those of others but on this occasion I was fascinated to see what others have made of it, particularly as t has been around for a while. There weren’t actually that many examples but no less a publication than The Guardian singled it out for praise. Indeed, acclaim was pretty universal, so it looks like I’m definitely in the minority and obviously missing something. I can only hope that my sins will be forgiven! 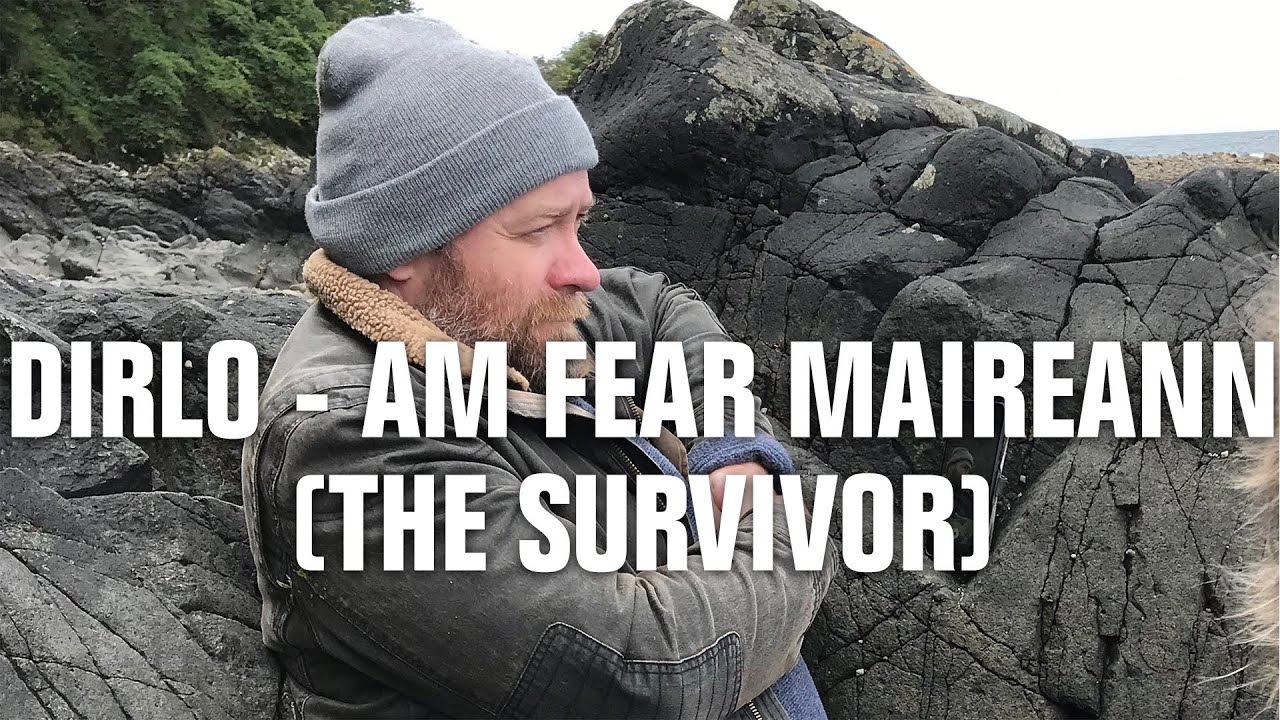 Today’s bonus Scenes For Survival piece is Dirlo Am Fear Maireann (Dirlo The Survivor) set in a remote location where life is highly traditional. This is juxtaposed by having a man (Daibhidh Walker) recoding several messages on a mobile phone  – to whom and why becomes clear as the piece progresses. There’s a haunting quality to this Gaelic language piece from writer  Iain Macrae; don’t worry if you’re not conversant, there’s a dubbed into English/audio described version too

Ram Of God is available via Scenesaver – click here