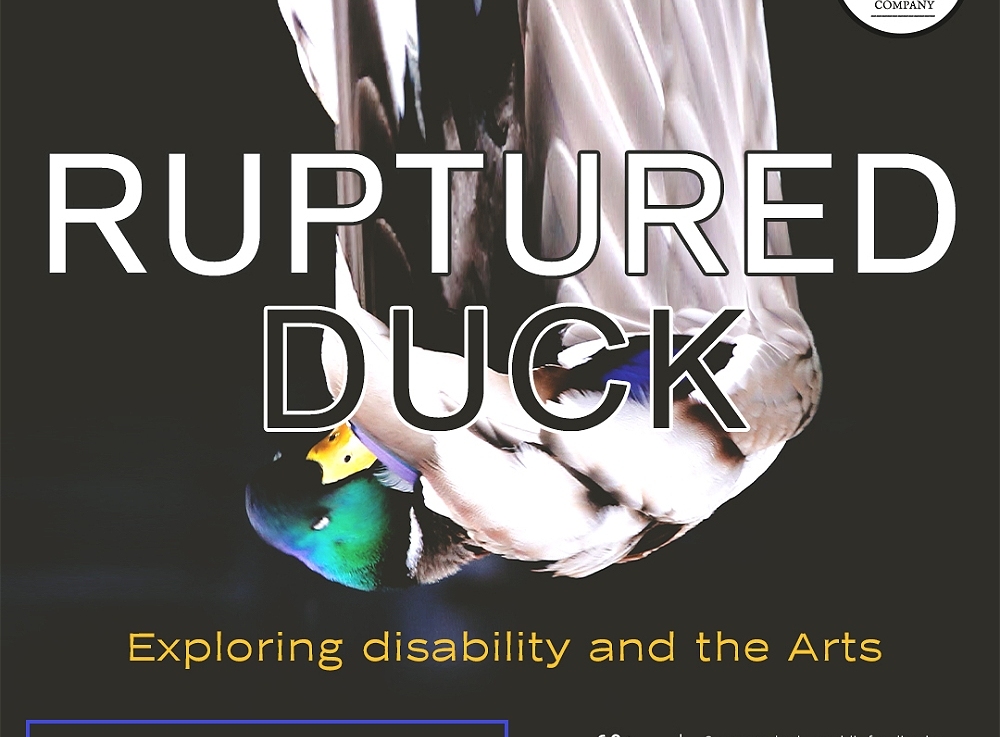 It’s the Watford Fringe Festival this weekend. Although it’s hardly the biggest or longest theatrical event in the calendar it has attracted work of high quality some of which has been seen elsewhere (e.g., Threedumb Theatre’s collection of Poe monologues and site specific audio piece Tree Confessions) and some of which is premiering. Among these is audio play Ruptured Duck written by Alfie James which is borne out of an ongoing project and podcast series he created with actor Sophie Weaver to explore disability and accessibility within the arts industry.

This play is one of the key outcomes of the project and is based on Weaver’s own experiences growing up with a passion for the stage. She gives a heartfelt performance as Fiona a young aspiring actor who finds herself confined to a wheelchair with Stills disease (an extreme form of arthritis) at an early age. She is haunted by the phrase used in the title which came from one doctor’s rather insensitive assessment of her condition. Fiona is having none of it though and with the aid of her supportive parents (Louise Illingworth and Nick Field) and inspired by her ballet teacher Mr Winters (Mark Beer) and her A Level Drama tutor Mr Sharp (Alfie James) the unfortunate “duck” soon finds her wings and learns to fly. One of the big turning points is when she gets to play the lead in King Lear in a college production and her talent becomes truly recognised. Of course, all this doesn’t come without difficulties in the shape of a jealous rival, a fickle boyfriend and moments of huge self-doubt. The closed minds and attitudes of an industry that cannot find a place for her or are even prepared to make changes to accommodate her disability are also not particularly conducive to success.

The structure of the piece is largely chronological although the first scene takes place at the end of the sequence of events before going into flashback to reveal what came before. This is a tale of fortitude in the face of adversity with overtones of Fame and Billy Elliott. Although it’s a bit of a well-worn narrative it’s approached from a somewhat different starting point and, as it is based on reality (though how much isn’t particularly clear), it has a degree of authenticity. I’m assuming the extended metaphor at the start of the damaged bird in the garden is an authorial invention – if not it’s a remarkable coincidence. There is a bit of a tendency for some characters, including Fiona, to make obviously set speeches rather than engage in more naturalistic dialogue – these would probably work better in a staged context but sound a bit out of place in an audio version. There’s some nice interaction in scenes involving the various drama students although I was rather puzzled when one of them was cast as Bottom. Nothing wrong with that per se but unless it was a highly radical reimaging of the text it would probably be best to leave this comedy character out of the horrors of King Lear! 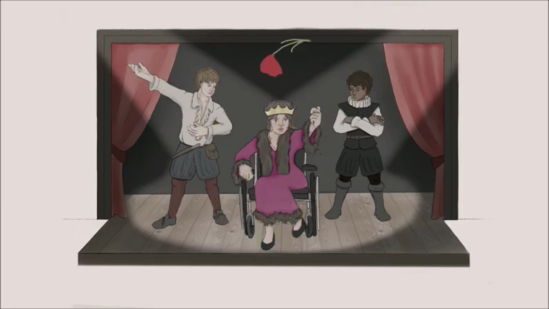 Sound quality in the recording dips here and there but never so much as to mar enjoyment. For those who like a bit of visual stimulation the audio is accompanied by some pleasingly designed illustrations from Jacob Anderson. Although Watford Fringe lists it as a 60 minute piece it is nearer 90 and probably needs that in order to cover the themes in the necessary depth and to do justice to Fiona/Sophie’s story. The piece will remain accessible on the festival website until October 10th. For more on the Ruptured Duck project itself, including the podcast episodes – click here and then check out the range of other community theatre projects  which Alfie James is also co-ordinating; they are strong on inclusion and accessibility and as theatres reopen again that’s something with which the industry would do well to engage.