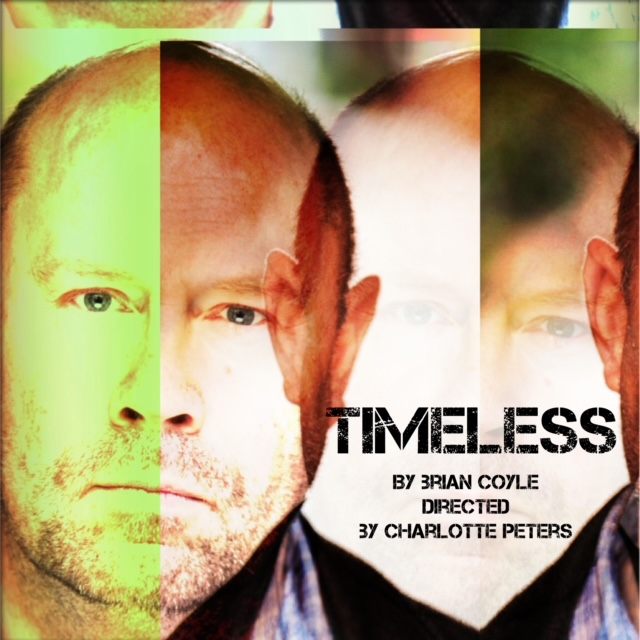 Following a brief run at London Dockland’s The Space last week, Brian Coyle’s 2018 play Timeless is off on a mini tour and appears online as an on demand stream. Increasingly this seems to be a way forward for smaller scale shows and is a welcome addition to the theatre landscape and helps to maximise potential audience numbers. It works especially well with solo shows, which this is, getting us up close and personal with the performer and engaging us directly. 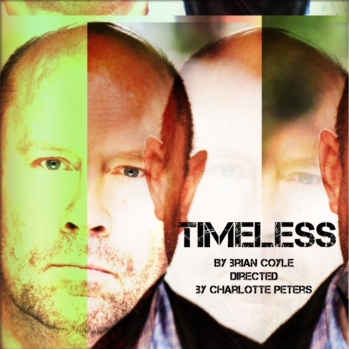 Martin is a cabbie by trade; he spent hours in his younger days memorising and recalling the contents of the profession’s Blue Book popularly known as The Knowledge. This consists of no less than 320 routes (or, as they are called “runs”) getting you from A to B within a six mile radius of Charing Cross. The government website that outlines the programme describes it as “encyclopaedic”; they aren’t kidding. So, Martin’s memory is far from dodgy, or at least it didn’t used to be. However, a routine visit to the dentist put paid to all that. Somehow – and it isn’t really explained – he emerged with anterograde amnesia a condition where he can’t retain information beyond a certain fixed point. Basically, his brain keeps resetting to a point a decade previously and everything that has happened in the meantime becomes lost to him. 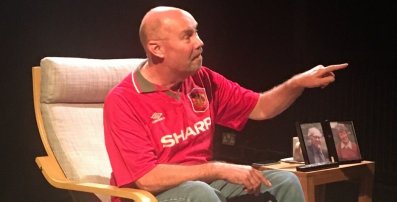 The ability to make new memories and process experiences is lost as he is repeatedly mentally taken back in time without any notion that this is what is occurring. This includes the fact that he and wife Tracey have gradually been getting older, his son has become withdrawn and his daughter is all grown up with a child of her own. He can’t even work out to operate the (to him) new TV and has to be shown what to do on a daily basis. The condition is not only debilitating for him but also for his nearest and dearest who are condemned to keep repeating the same information ad infinitum. In a bid to help there are key messages about his situation which he can read on his mobile phone – when  his son isn’t adding in jokey information which only confuses him further.

The start of the play is cleverly disjointed and mirrors how it must be for someone in this situation. Half remembered or completely forgotten strands of information emerge as Martin leapfrogs from idea to idea blissfully unaware that he has said all this before and will continue to do so. What he thinks of as a reasonably happy life is gradually transformed for us into a true picture of one with a high degree of dissatisfaction and sacrifice on his wife’s part. Is she having an affair with their best friend or is it simply Martin’s scrambled thought processes? Martin himself has certainly had a quick one off before the onset of the condition. He can remember that but not the fact they he guiltily confesses to his wife on a daily basis which means that for her the wounds can never heal causing intolerable strain. 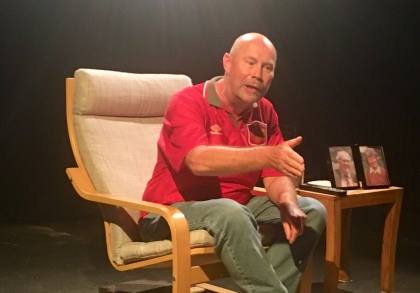 John Rayment gives an assured performance as Martin. Cheerful sometimes, frustrated and puzzled sometimes, ragingly angry sometimes and all turning on a sixpence as his character’s mood swings back and forth in a matter of seconds. Sitting in his lounge and dressed in his favourite football team’s colours he takes us into his confidence with direct addresses to the audience and returns again and again to the fateful day when it all started. Each time this occurs it becomes more and more truncated suggesting that the brain is also trying to supress this aspect of the past. It also helps director Charlotte Peters to move the action forward (or back) swiftly, so the repetition doesn’t become simply tedious.

When the question is raised as to what makes a human a human, one of the standard responses is that it is the ability to make memories. To some extent this production shows the effects of not being able to do that as well as its effects on those around us. While genuinely forgetting some aspects of a life might be seen to have positive advantages, the good stuff gets canned along with the bad  and life becomes rather repetitively robotic. Having the ability to forge experiences temporarily removed by the pandemic has perhaps given us all a taster for what that must be like, though at least we have been able to remember the  loss the following morning. 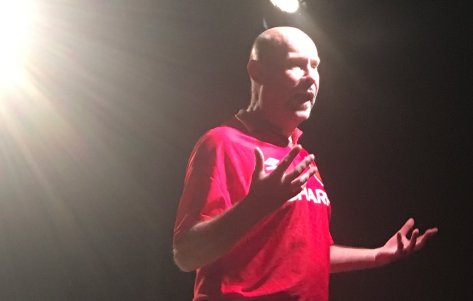