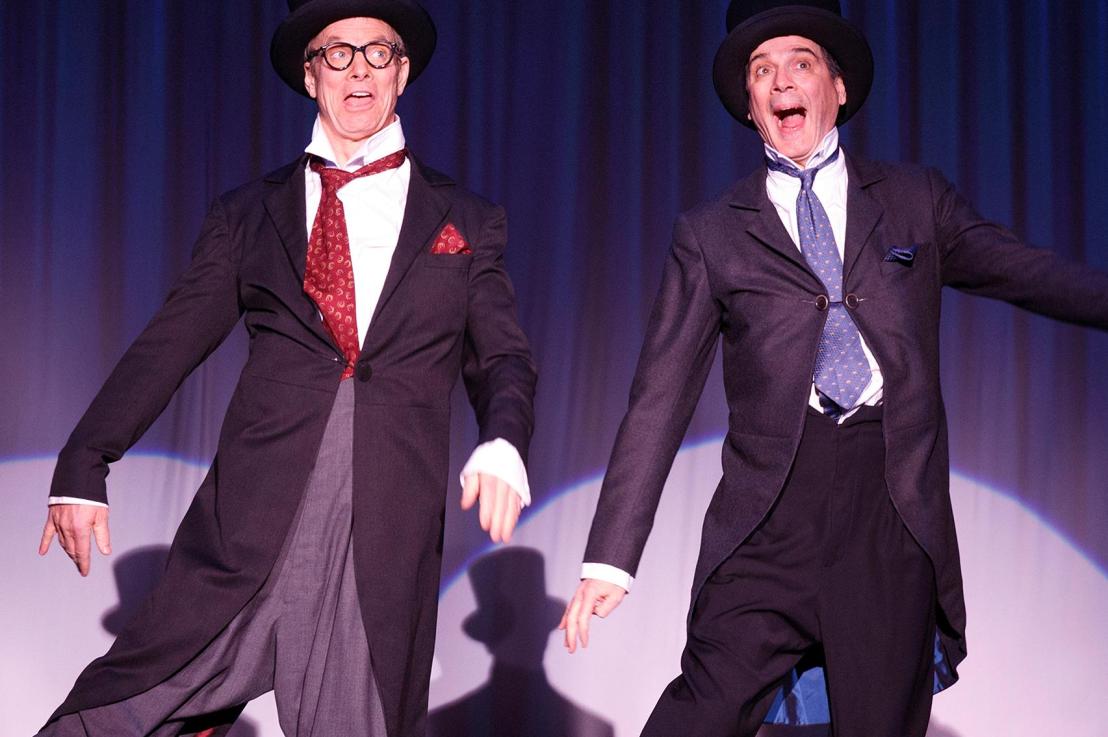 George Bernard Shaw once noted that Britain and America are “two nations separated by a common language” and although this may not largely be true as regards the theatre (or theater) there are certainly a couple of genres which seem to be more in tune with one side of the Atlantic than the other. In Britain pantomime reigns supreme every winter yet our US cousins find it an almost total mystery – much in the same way as when the rules of cricket are explained. Meanwhile, found mostly in America, the tradition of vaudeville is one that has largely passed us by. Its closest UK relative would probably be music hall or what might be termed light entertainment variety shows. If you want to see what you’ve been missing then head for Old Hats which puts a modern day spin on this traditional art form.

First performed off Broadway in 2013 and again a few years later, this recording is a televised version of the second iteration of a show performed by rubber faced and rubber limbed duo Bill Irwin and David Shiner. Theirs is an almost dialogueless performance in the clowning tradition and, although there may be no red noses, there are plenty of oversized hats, extremely baggy trousers/pants and big floppy shoes on display. They work their way through a series of sketches which include some impressive juggling skills and pay homage to silent movie stars especially Keaton and Chaplin, none more so than in Shiner’s homage The Hobo which deliberately recalls the antics of the latter’s most famous character. Irwin also evokes the same era with The Waiter when he gets into an ongoing tangle with a pot of spaghetti. 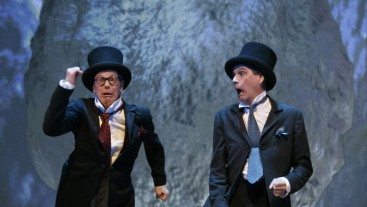 The pair are also unafraid to bring things rather more up to date as when they play an ever more desperately sparring pair of vote-grabbing politicians in The Debate. There is also some well deployed use of modern technology on display. As an opener we see them being chased by a back projected huge Indiana Jones type boulder and in one of the cleverest pieces, Mr Business, there is liberal and innovative use of a mobile phone and a tablet to enhance the action. My favourite piece was the very funny A Magic Act featuring the pair as a ponytailed hip thrusting conjurer and his “glamorous” pouty assistant who is clearly jealous of his relationship with members of the audience. The piece builds nicely with the magic working well at first but then the act falls apart as it progresses. A stooge from the audience (?) gets cut in half and the rabbit from the top hat has to be given CPR; at the end I went back and replayed this sequence and enjoyed the skill with which it is put together even more. Cowboy Cinema also involves audience participation but goes on for just a bit too long to remain truly funny. 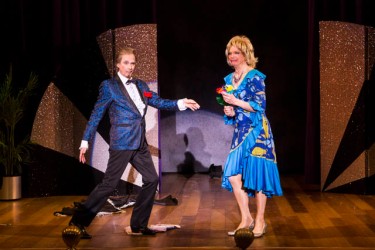 In between the sketches there are songs from Shaina Taub and her band which veer mostly towards the sardonic with some witty lyrics and performed in a variety of styles. The quintet also underscores much of the action with percussionists – there are two of them required – being particularly busy with all the drum rolls, paradiddles, cymbal strikes and so on which punctuate the action. How much so can be seen in the accompanying transcript which, having almost no dialogue, consists largely of sound cues:

I wasn’t in the mood for anything heavy yesterday, so this hit the proverbial spot and was also an interesting delve into a theatrical tradition about which I only knew a little. What I discovered is that there is actually quite a lot of similarity between pantomime and vaudeville with both emerging from the same base source, commedia dell’arte. Perhaps our theatrical traditions aren’t so very different after all offering up undemanding and fun entertainment which looks simple enough but actually is highly complex in its construction and performance. So (old) hats off to the executors.