While the pandemic hit the theatre industry hard (and what industry didn’t it do that to?) one of the groups probably most affected were students and recent graduates from drama schools looking to enter the profession and make their mark. Difficult enough at the best of times, it has been well-nigh impossible for these young people to find the first rung of the ladder, never mind climbing it. It was with this in mind that I was prompted to take a look at an online showcase which was released gradually over several weeks and has recently reached its conclusion. I don’t usually review concerts but as this is a particularly strong initiative I figured I would make an exception.

The musical theatre class of 2019 at Mountview Theatre School based in Peckham decided to take matters into their own hands. A group of 24 of them formed Catapult Theatre on the basis that “It is a truth universally acknowledged that actors in want of work must make it themselves” (especially the case during a pandemic) and structured an online concert called The Kids Are Alright. This has been released in five bite size chunks –  plus an encore – running at just under an hour for the whole show. There is no narrative or other linking device other than that many of the numbers are culled from successful established musicals and have been recorded during lockdown and then edited together to form a very positive and uplifting experience.

Most of the songs are from recent shows but then I’m writing from an aged perspective! So, there are numbers from Waitress, Shrek and Mean Girls; stretching back further there are songs, rather more familiar to me, from Bernstein’s Candide and Sondheim’s Into The Woods. The last section abandons showbiz in favour of a selection of 1980s rock anthems formed into a medley. These I certainly do recall though it was rather sobering to reflect that none of the participants were born when these were first performed. Also true of the encore number, “Let The Sunshine In” from Hair – and, yes, I saw the original London production. It’s an eclectic mix which I took my time over watching each ten minute section at various times through the day. The songs have clearly been chosen to play to the strengths of the performers which are not inconsiderable.

A showcase like this should be varied; this is with each episode adopting an overall tone (the first is cheery and upbeat while the second is more reflective and so on). The initial section has been filmed separately and then edited together but as confidence grows (and the pandemic restrictions are being eased) pairs and small groups are able to be in the same location which lends a different and more positive dynamic to proceedings. In  part two there is some outside location shooting (there’s a few synching issues but nothing horrendous) and then movement and choreography start to come into play. By the end it’s one big party with the full company chipping in. Though it wasn’t in the nature of the show I did think it a pity that all the numbers were shared across multiple performers as this didn’t really give a feel for what anyone could do with the arc of a whole song. Perhaps as a follow up the company should consider releasing a single solo turn by each of the members, perhaps as links from their individual biographies available on Instagram (click here).

That said, it really would be invidious of me to try and pick out any particular individuals – this isn’t the X Factor. The whole group comes across as engaging and vocally assured with a sense of energy and attack which shines through.  It is to be hoped that this forward thinking initiative will help to get these fledgling musical theatre performers the break they deserve. The one thing that has proved virtually impossible to reproduce online has been fully realised musicals (other than those filmed pre-pandemic) and as things finally get back to fully normal in venues the feelgood factor of this branch of the art form is going to be a big draw for the public. It’s great to see that with their sunny optimism and driving initiative, these kids really are alright; let’s hope they are going to continue to be so! 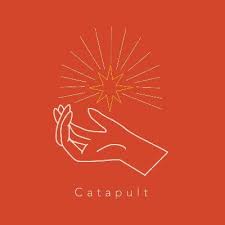 The Kids Are Alright is available via You Tube – click here