Although still subject to some degree of controversy (why should such a thing be limited to just a four week span?) October’s Black History month has now become an established fixture on the annual calendar. This year, to celebrate, the Unicorn Theatre has brought back one of its hit live shows from 2019 that went on to receive an equally applauded digital makeover during the lockdown; basically, it’s an Anansi The Spider Re-Spun redone rerun (sorry). 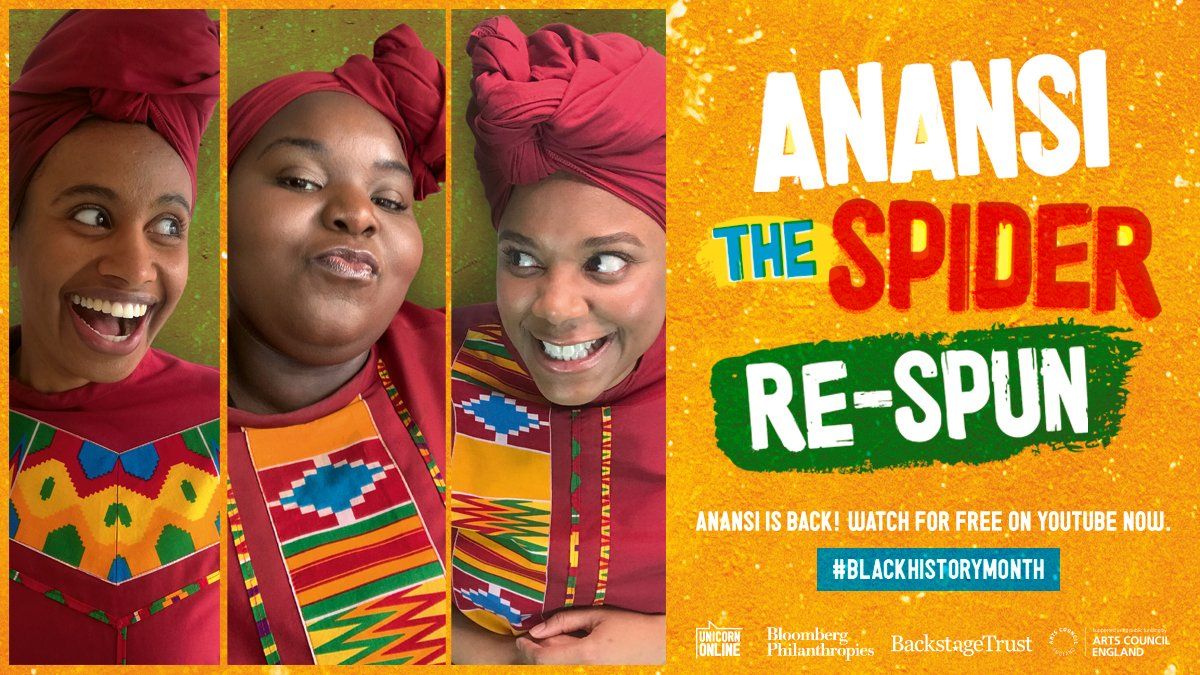 Taken from the West African/Caribbean oral tradition, and which presumably also provided the ideas behind the Br’er Rabbit stories, there are actually three separate tales concerning  the tricksy arachnid who strives to make life pleasant for himself and his sons even if it is at the expense of the other animals. In the first story Brother Anansi And Brother Snake the former seeks to evade the punishments of the latter and provide himself with a steady supply of tasty meals into the bargain. The second story is also food centred. In Anansi And The Two Dinners, he and his offspring plan to attend two parties with equally delicious sounding menus at the same time (shades of One Man Two Guvnors, there). The end of this story shades into the final tale with a bedtime story about his own past. Anansi And The Pot Of Wisdom delivers a change of tone/pace and, to my mind, would have worked better as an introduction to the character than being placed at the end; that said it isn’t nearly so much fun as the first two tales which instantly capture the imagination and no doubt this influenced the choice of running order. 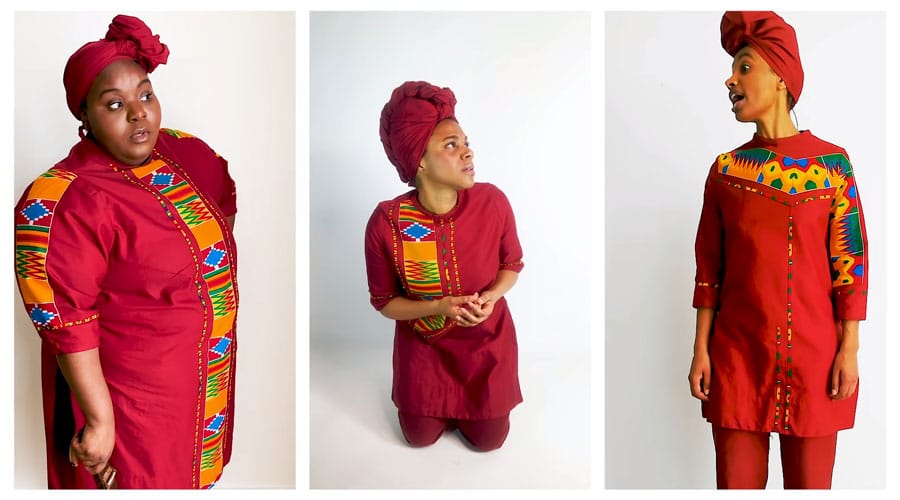 Given that the stories are heavily male centric it is a liberating choice to have the respun version performed by three women: Afia Abusham, Sapphire Joy and Juliet Okotie. All of them play Anansi in turn, revealing different facets of character but also play a whole range of other animal characters including Anansi’s sons, a hungry goat, a sneaky snake, a party hosting dog and antelope and an armadillo that proclaims its vegetarian leanings. There’s no attempt to replicate the look of these creatures, it’s all done through voice and movement – and very successfully too. The actors are dressed in traditional vibrant costumes (Sadeysa Greenaway-Bailey) which are visually arresting, and they punctuate the action with some evocative singing and energetic dancing which really brings the narratives to life as well as providing a glimpse into other aspects of the oral story telling tradition. 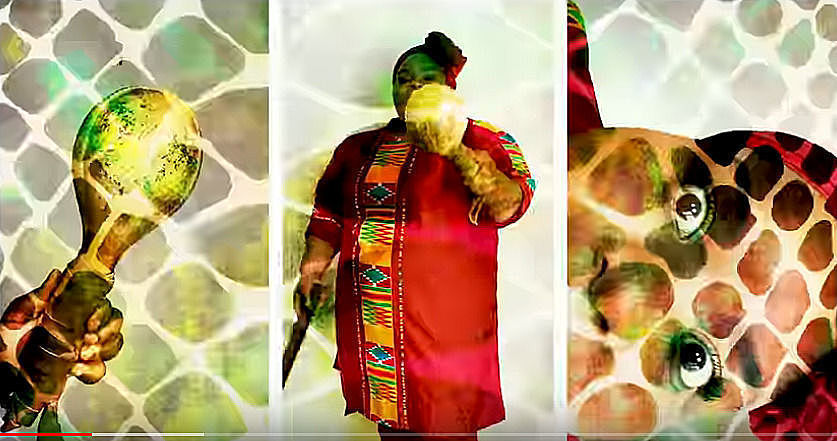 The show is, at the same time, very much a product of the modern era with director Justin Audibert (who also adapted and wrote the stories) pulling out all the stops to create a technically whizzy piece of film. It uses technology to full advantage with split screens, multi screens, illustrations and overlays to successfully disguise the fact that the actors were working remotely and filming themselves on their phones. All credit to editor Todd MacDonald for pulling the elements together so successfully and providing a fast moving piece of film which is sure to engage people rather younger than me. The whole enterprise is a joyous treat and with the autumn half term starting it’s an ideal time to get outside and do some spider spotting which will provide an educative element. Talking of educating, the Unicorn has a downloadable resource pack which will help to spin out interest for just a bit longer (sorry again about that, but I couldn’t resist). And if you’re still in need of more there’s a myriad of other Anansi stories out there on the world wide web (I really can’t believe I went for that one!) Enjoy!