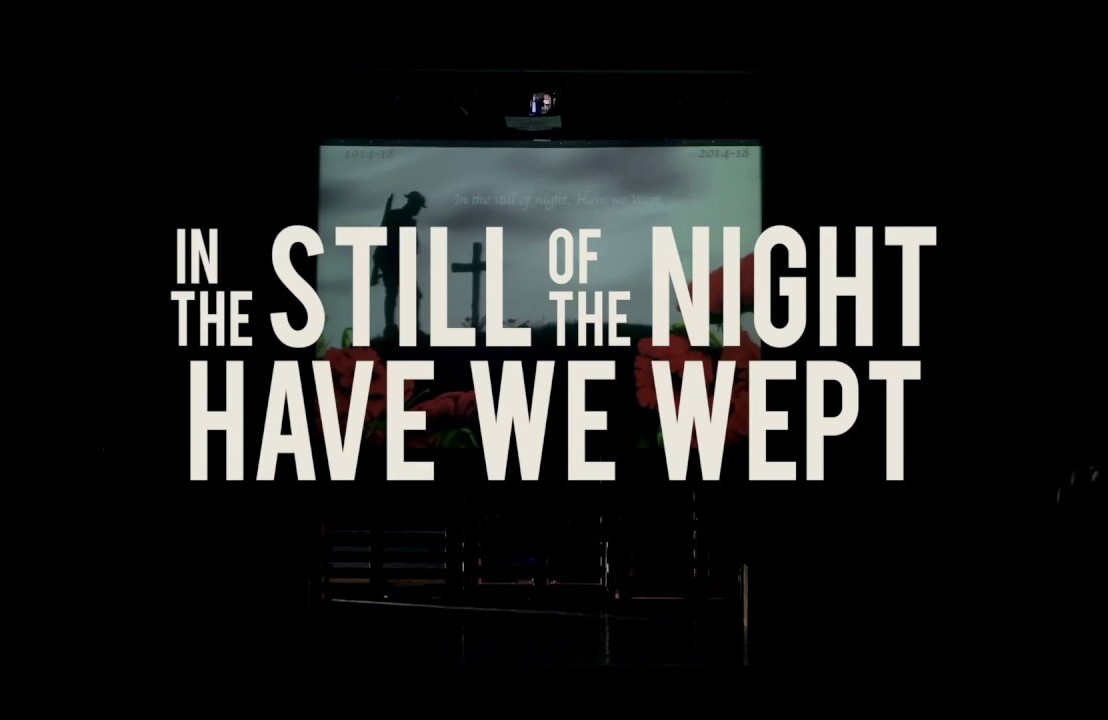 In the course of my ongoing research into online theatre opportunities I have come across a number of productions which, rather than watch and review at once, I have tucked away for an appropriate moment. One of these is entitled In The Still Of The Night Have We Wept which celebrates some of the First World War poetry with which we have become familiar, and which resonates at this time of year. Except in this case, we haven’t. The much anthologised Rupert Brooke, Wilfred Owen and Siegfried Sassoon are all notable by their absence in a drama production that focuses on a number of less well remembered names.

Well, I say “less remembered”; to be thunderingly honest I had never come across any of the ten poets who provided the words for this collage piece. There are perspectives from writers from England, Ireland and Canada but the general focus is on something more localised. Accounting for about fifty percent of the material is Jack Peterson who served in the Seaforth Highlanders, narrowly escaping death and who was haunted by the events of the war for the rest of his life. Also providing a substantial block of material is Ben Morrison, some of whose work is written in Shetlandic dialect. For the connecting factor between the two is that they were both natives of the Shetland Isles and therefore bring a regional flavour to this production by the Shetland Youth Theatre.

There are nearly thirty young performers ranging in age from 7 to 20, marshalled by script complier and director John Haswell. As well as the powerful words he also uses music and movement sequences to conjure up atmosphere and show the devastation that occurred both internationally and for the local community. There are some well executed sequences where the performers mime going over the top and advancing on the enemy and the chaotic nature of life in the trenches. The often evocative lighting (Gary Smith) contributes to the stark realities that are being emphasised. Archive photos at the rear of the stage accompany the action. The performers themselves naturally have a range of abilities and there are certainly some who make powerful statements through the control of their delivery and some potent body language. At times, I was reminded of some of the work of youth theatre supremos Chickenshed, albeit on a rather smaller scale.

The piece begins with the young cast, in modern dress, more interested in their mobile phones than the horrors of war but as they work through the experiences of their forebears they come to a new understanding of how life must have been for those that went off to fight and also for those that were left behind. There’s a telling sequence about the womenfolk working in armaments factories and knitting for their boys at the front while awaiting their letters. The title of the piece is taken from a short and poignant poem “Mothers” where the speaker bewails the loss of a generation of offspring. One of the most affecting sections is set in a field hospital where the only cheer comes from some gramophone records. There is even grim humour as an embattled soldier composes an ode to a trench rat. The piece finishes with an eerie silent tableau as the guns fall silent and the work of rebuilding shattered lives and nations begins. 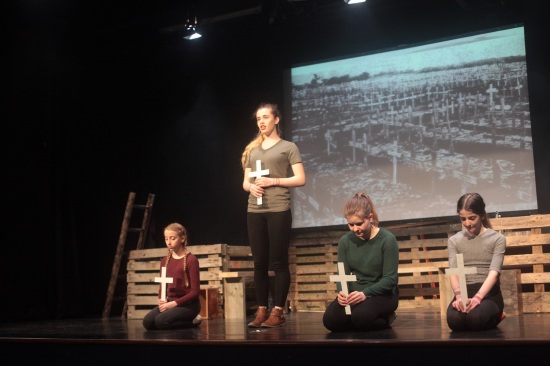 For anyone interested in finding out more about the cast, creatives and the poets involved, there is an online programme available on the theatre group’s website (click here). Also, here you will find the complete text of the performance as well as the director’s annotated copy – a useful resource for any drama students. Although I’ve roamed around the nation quite a bit for these reviews, and internationally, this is the only example of online theatre that I’ve encountered from somewhere that might still be thought of as quite so remote. It’s good to see that theatre is alive and well for a new generation of Shetlanders and congratulations for highlighting some relatively unknown poets and making a useful contribution to the commemorations which are currently taking place.