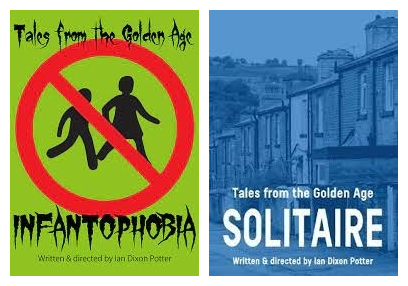 It’s always a shame when something you have been enjoying comes to an end. Golden Age Theatre’s Tales From The Golden Age project has been a bit of a mainstay over the last couple of months so it was with a twinge of regret that I turned to the last pair of this series of contemporary monologues (actually there are two more, but these don’t seem to be available as videos …unless you know otherwise). I expect writer/director Ian Dixon Potter may be a little weary of continued comparisons to Alan Bennett, but I do feel that these last pair were the nearest in terms of homage to the recognised master of the format, centring on protagonists which have issues with aspects of the world in which they find themselves living. 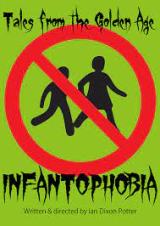 To be fair Carla, the central figure of Infantophobia, is more of a single issue complainer. Her monologue hits the ground running as she declares her antipathy towards children and even more to those people who have them. She’s been at a dinner party with friends and feels them slipping away from her as they turn their attention to creating a new generation. Carla cannot think of anything worse, preferring to remain childfree – she prefers that term to childless with its implications of loss. She’s particularly concerned about Roger being coerced into fatherhood by partner Sue and fears that the latter is using sex as a means of getting what she wants. As she caustically puts it “Men want to make love; women want to make babies”. She cannot see anything aesthetically pleasing about children in themselves comparing her host’s baby to “the creature in Eraserhead”. She’s not even particularly at ease with her past self as a child and those she used to interact with; her phobia is obviously lifelong and somewhat all consuming. 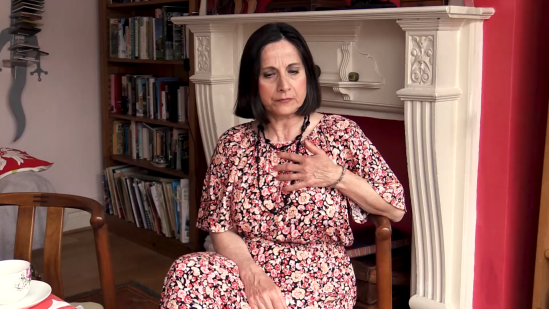 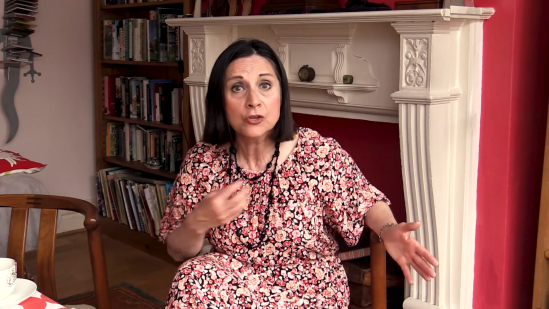 Carla’s vitriolic humour is played well by Julia Faulkner and although she’s clearly not a very pleasant character her acerbic wit keeps us listening. The main issue is that having set out the character’s stall quite so early there’s really little the script can do to develop things further. There’s no ongoing plotline here with any change of attitude on the part of the protagonist. This makes the piece an interesting character study but rather one note and not really a progressive narrative; as such its in danger of overstating its (single) case and struggling to fill the half hour running time.

I thought the same might apply to the character of Arnold in Solitaire, but this monologue circumvented that particular issue. He’s in his eighties and is far from being at home with several aspects of the modern world such as “the interweb” and that “sociable media” and what he more broadly characterises as “new fangled ideas”. The pace of change in the world has left him fighting to understand his place in it as the traditional values he reveres have been replaced and any personal mark he may have made on history has been swiftly swept away. He’s had to give up his beloved pipe smoking in public places and fears that meat eating will be the next thing to be banned. He’s upset by immigration, gender politics and the whole business of Brexit – indeed the latter has caused a rift between him and his son Stephen. And his support network of old friends has dwindled away as death has claimed them one by one. At least he’s still got the comfort of a relationship with his wife, Claire – even if these days it’s somewhat more one sided than it used to be! 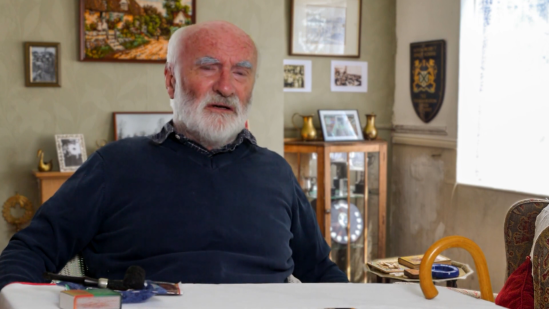 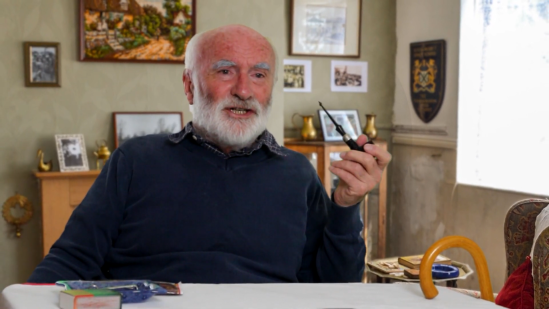 Arnold’s railing against the world is certainly gentler than Carla’s in the previous piece but no less forceful for that. It would have been so easy for David Vale to have gone for a Victor Meldrewalike approach; instead, there’s a sense of softly spoken, genuine bewilderment which comes across. And in this instance Dixon Potter takes the script in an interesting direction particularly in the last few minutes. To be honest I guessed the outcome fairly early on as there are sufficient clues planted but don’t let that deter you. Part of the interest is how the writer and actor get au from point A to point B. This was one of the better entries and serves as a neat summation of some of the concerns and ideas which permeate the series more generally.

The eighteen monologues to get Golden Age Theatre through two lockdowns and which, in between, were mounted live on stage, has seen this company really making its mark. I’m still not quite sure how I missed them at the time they were first released but I’m glad to have made their acquaintance more latterly. Top picks (in no particular order) have been Denial, Trivial Dispute and Confession (all featuring Neil Summerville), The New Normal and Solitaire. The latter was also a great way to finish off this mini project; now, what and where to next?