Over the last week, in the run up to Easter, I’ve been listening to a series of five short dramas based on the concept of the medieval mystery play. Nothing to do with Agatha Christie et al but rather Biblical stories presented in dramatic form to enhance understanding for those who could not read or understand the Latin in which church services functioned. These, however, tend to the more secular, albeit with a moral message attached, written by contemporary dramatists and performed in the modern vernacular. Together the quintet of pieces make up New Mystery Plays to be found on the BBC Sounds App. 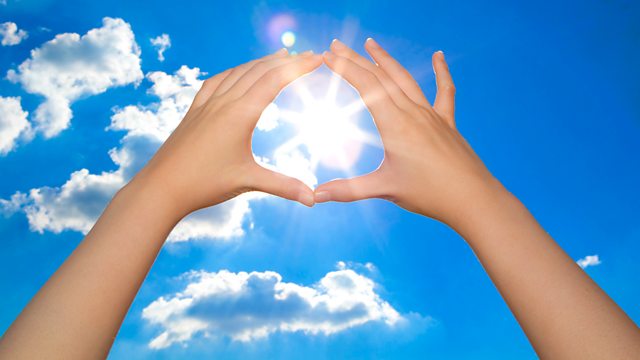 They are all based on well known Old Testament stories and there is some enjoyment to be had as various well known tropes are given a modern makeover to ensure accessibility. Having said that, the stories are presented in chronological order. This means that the series begins with perhaps the most difficult of the five as Sean Buckley represents The Creation via the damaged and slowly recovering mind of coma victim Jo (Alex Tregear). She has difficulty articulating and has to recreate her world based on half recalled scraps of memory; gradually a sense of order is restored. It’s a sobering way to begin the series and it didn’t particularly do anything for me. From here, though, I felt matters improved.

Lin Coghlan’s The Flood has a modern day Noah’s Ark floating down Lewisham High Street having been built by Kevin (Stuart McGloughlin). He has to purloin some of the materials from B and Q as he lacks the necessary funds. He takes his extended family and the requisite animal life but it’s no jolly outing with all that lot aboard. Apparently the deluge is punishment for all the political sleaze that is washing about and although the plays emanate from 2011, what could be more topical than that? It’s cleverly inventive and an enjoyable way to represent such a well known story. That is also the case for Exodus by J Parks which  overall was the best of the series . This takes place is an old people’s care home – again rather topical – where new young carer Mo (Sally Orrock) feels rather more empathy for the inmates than the somewhat repressive regime which runs the place. Eventually she leads the old folk away to a better life (across a Red Route highway!) in a bid to free them from their bonds. But not before the home is plunged into darkness and invaded by a plague of frogs from the pond in the grounds. And is that rusty water coming out of the taps or blood?

The final pair of plays are based on famous duos from the Bible stories. In Samson And Delilah by Katie Hims the former is a young man endowed with unnatural levels of strength but who suffers mockery at school where he regularly breaks furniture through clumsiness rather than anger. He falls for the latter, a young hairdressing trainee (naturally), and persuades her to give him a new look. Mum (Claire Rashbrook) is distraught, but the young couple (James Alexandrou and Katie Angelou) just want to live their own lives. As probably the best known of the writers here, Roy Williams recasts the story of David And Goliath’s battle as part of gangland culture. As the youngest and slightest of his peer group David (Jerome Holder) doesn’t feel he is taken seriously. When the Phillies from a neighbouring estate invade their territory he decides to take on their most menacing member in order to prove his worth. It’s another clever take on the original which suggests that in many ways our essential nature’s have not changed that much.

It’s simple enough to listen to this group of dramas as either a continuous stream or as I did as five separate podcasts. The Sounds App contains a second series of five more updated and modernised mystery plays, this time based on New Testament stories. These take the week before Christmas as their focus so perhaps I’ll leave those for now and return to them at the end of the year. Meanwhile have a happy Easter.