While lockdown 2020 may have curbed some creative spirits, it certainly did little to slow down the output of Philip Ridley. 15 monologues in a sometimes stunning series called The Beast Will Rise released between April and October (and still available) were followed in November by one of the sensations of the year in another monologue The Poltergeist (this OnComm winner for best live stream is not to be missed if it resurfaces). Now Ridley has produced another solo piece, Tarantula, premiering as a live stream for just three performances this weekend; as with The Poltergeist this is via Southwark Playhouse and so I paid my second “visit” to them in as many days to see if Ridley could keep up the strike rate. 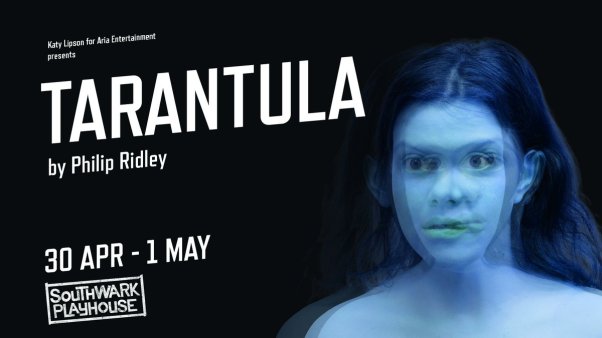 The piece shares some stylistic similarities to The Poltergeist and it may be they are intended to complement each other. Once gain we have a solo performer taking on the many roles in the storyline and holding increasingly pacy dialogue with themselves.  Both plays share a thematic concern with the bottled up anger of a young person who has been through a traumatic experience. Both show how past events can keep impinging on the present when one least expects it. The result is another stunning showcase for a young actor who commands the stage and leaves the viewer exhausted – in a good way.

Toni is a sixth former of some promise – she’s aiming at Oxford – but aware she can be lacking in social skills and is never going to set the world alight with her looks: “I’m not eye candy but I don’t want to be chopped liver”. She seems more at ease with pensioners than her own age group so is somewhat taken aback when she is asked out by Michael; she’s not altogether sure if it’s a proper date or not but desperately wants it to be so. She immediately starts elevating him to the ranks of ideal boyfriend material and is filled with wonder that he even wants to associate with her: “I’m a slug next to a gazelle”. Their “date” is fairly ordinary with the chat being rather mundane and somewhat halting and for a while I wondered what Ridley was up to; it all seemed just a bit ordinary and safe. But Ridley knows what he’s doing. Half an hour in he drops a bombshell of an incident and things really take off; it becomes apparent that the audience were being lulled into a false sense of security. Toni suddenly finds herself in a very dark place indeed, haunted by flashbacks to the incident and engaging in repetitive behaviour which delineates her trauma and makes us fear for her sanity. This is proper heart in the mouth stuff.

There’s a radical light and mood change and we see Toni again in totally different guise. She and her family have moved house, she appears to be much more self-confident and outgoing and has radically different plans for her future. True, she’s still body conscious but is now doing something positive about it. We embark on a second monologue which for a time seems almost disconnected from the first but the signs that the two will form a unified whole are definitely there. There are some agonisingly long pauses in both halves as the character battles her internal demons – in the very first instance I thought my stream had frozen so unexpected was it. And Toni is once again drawn towards helping the elderly and forming a relationship with someone who knows about photography; Michael and Bebe may be different genders but are essentially similar characters. Once again Ridley lines us up for a bombshell moment. What is clever here is that as an audience we have a fair idea that its coming but, crucially, not when. Ridley plays with our expectations drawing out the moment of impact almost to breaking point such that when Toni finally kicked off I breathed an actual sigh of relief. 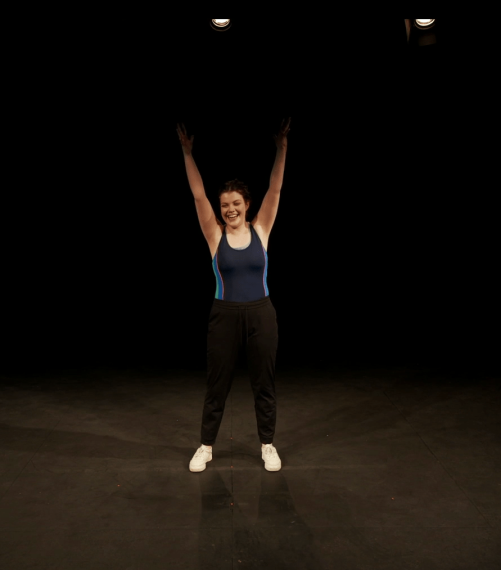 Georgie Henley (like Joseph Potter in The Poltergeist before her) clearly has an affinity with Ridley’s writing and manages to keep us hooked throughout. Her flashback moments and scenes of extreme anger are explosively done and form a complete contrast to the more upbeat passages and she has to turn on a sixpence to provide them. Most chilling of all is when she imitates Toni’s favourite bird – it’s a real shriek of internalised pain which sends shivers up the back of the neck. Henley delivers a captivating mesmerising performance which alternately massages your scalp and then slaps you violently round the face. The  play takes place in a totally neutral space and is directed by Wiebke Green (as she has all Ridley’s recent output) with consummate skill. Ridley’s work over the last year has been a real revelation and I’ve been glad to keep up to date with it. Though not given to star ratings I broke my rule of thumb to award The Poltergeist six stars out of five. Although I wouldn’t go quite that far this time – sorry, but its only five stars out of five- this is still essential viewing for lovers of live modern theatre; you’ve only got today though, so hurry!