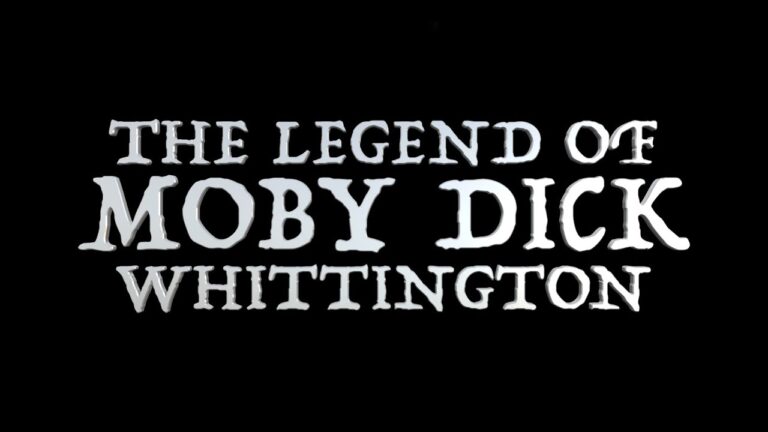 It’s still a week to Christmas Day and so far I’ve seen a live one-man panto, a live adult panto on Zoom, a traditional panto filmed outside in a garden, another traditional panto filmed last year in a theatre, an interactive viewer choice panto that comes in family friendly and adult versions and animated and audio versions of traditional festive season stories. So naturally it struck me that what I hadn’t seen so far was a mash up panto performed in a living room and which is aimed squarely at children. Luckily, there is one that fulfils that brief, namely The Legend Of Moby Dick Whittington. Hoorah! 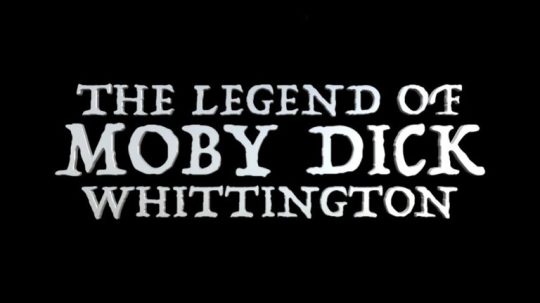 The show comes from the comedy trio Sleeping Trees who apparently do this sort of thing annually – cf Goldilocks And The Three Musketeers, Scrooge And The Seven Dwarves and Cinderella And The Beanstalk. This year, as the title reveals, they mix the story of the legendary mayor of London with Herman Melville’s classic novel about the great white whale – and there’s a generous helping of Pinocchio thrown in for good measure. It is badged as “a living room adventure” and it’s certainly that as the resourceful trio use a domestic location to retell the story (ies) using their and our imaginations together with some items which might be readily found in any home. And we’re encouraged to gather said items (a bed sheet, toilet roll tubes, kitchen utensils, etc.) so that we can join in with the experience. 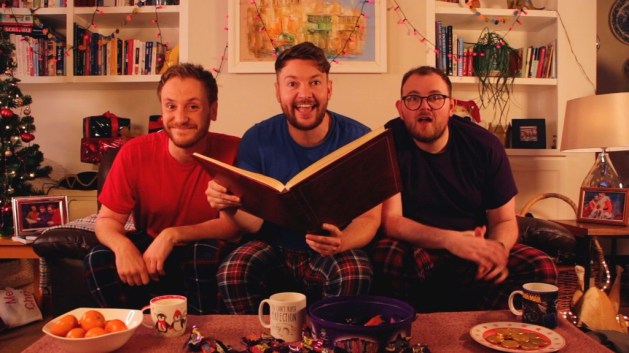 The story begins after the events of the original Dick Whittington tale when he is installed as Lord Mayor and is switching on the Christmas lights. Santa Claus is the guest of honour but in an unfortunate accident he ends up in the Thames and is swallowed by Moby Dick who just happens to be passing. And so, our hero and his cat set out to sea to rescue Santa and save Christmas aided and abetted by Captain Ahab’s marine biologist daughter, Jessica and Pinocchio who, of course, has form when it comes to being swallowed by a whale. They are dogged by wicked King Rat and his minions Rattie O’Hare and Susan. After being washed up on an island where first mate Starbuck starts up a coffee shop, they find the whale and effect a rescue – cue happy ending. 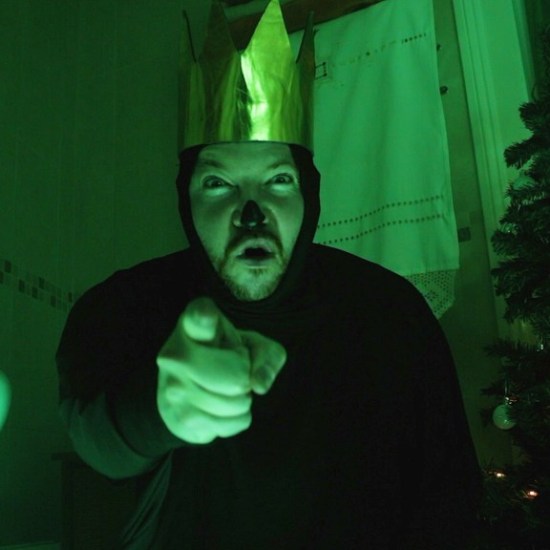 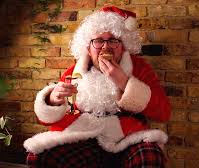 The silly story (and I mean that in a nice way) is enlivened by the trio of actors, James Dunnell-Smith, Joshua George Smith and John Woodburn, who between them play all the main characters, supporting roles and crowd extras and even each other’s stunt doubles consistently employing an ingenious set of solutions of a make do and mend variety to fire the imagination. So, for instance, kitchen equipment becomes weapons, bed sheets stand in for the ocean and the living room couch becomes the ship; parents should be warned that participants are encouraged to make their own vessel out of household items and that in one scene this is all wrecked. It’s child’s play in more than one sense and looks incredibly liberating though, as I was watching on my own, I chose to use my imagination rather than deploy the furniture. The audience is also encouraged to sing along, shout at the screen and speak whale – a demo is given – so it’s potentially noisy as well as messy but at just fifty minutes it doesn’t outstay its welcome. 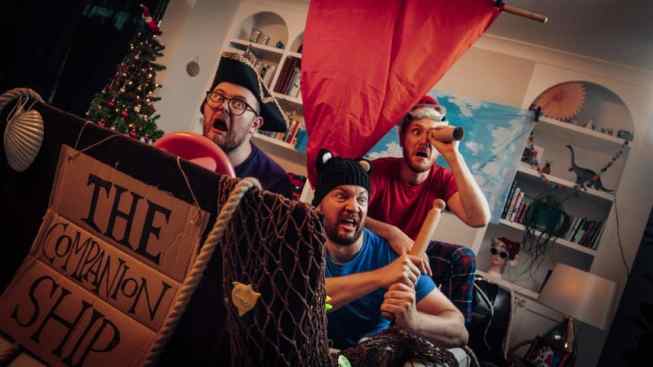 The trio have a great rapport and clearly enjoy working with each other – their brainstorming sessions to come up with ideas must be a real buzz. I thought they had shades of Spymonkey and The League Of Gentlemen about them; the latter if only because of the sheer number of characters they play and the fact there is a “sleeping partner” writer/non-performer Ben Hales. However, I think they would also appeal to Horrible Histories devotees and basically anyone who likes a healthy dash of ingenuity. On a technical note, the editor, Shaun Reynolds, deserves high praise for cutting the action together so that the actors can appear to talk to themselves and become various members of the crowd. Kerry Frampton keeps the camera lens in tight to help facilitate the deception. It’s all a bit bonkers but its been lovingly constructed and played out even if part of the joke is that we can see that it’s just three overgrown kids having (sorry about this) an absolute whale of a time.

The Legend Of Moby Dick Whittington is available via – click here

5 thoughts on “The Legend Of Moby Dick Whittington (Online review)”